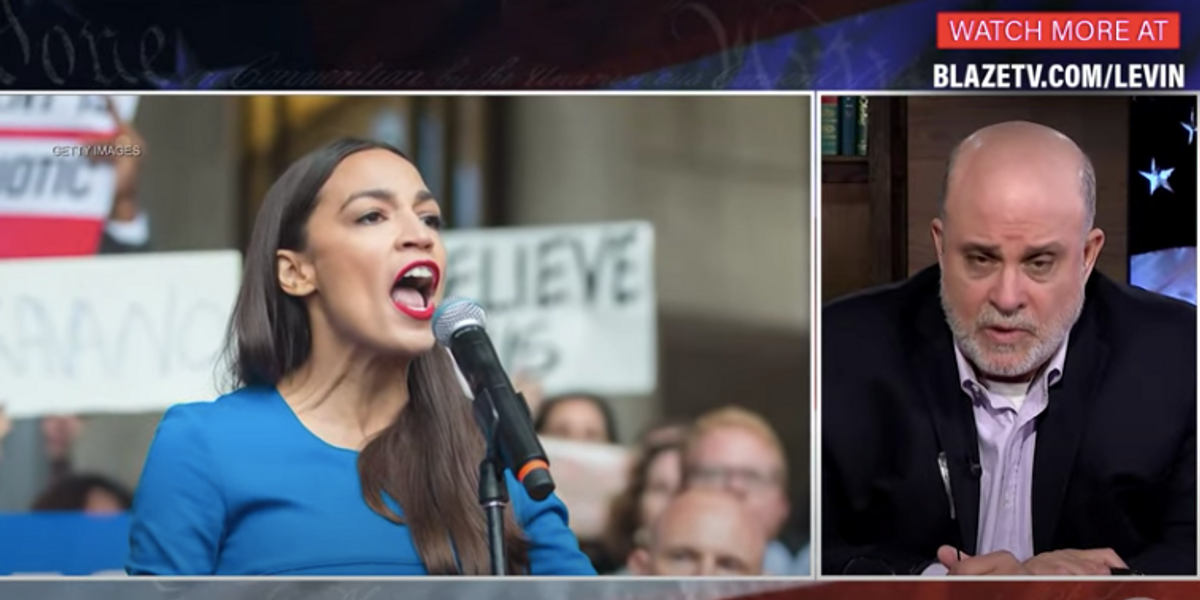 How has a person like AOC, who has accomplished nothing, become the face of the Democrat party? That was the question at the heart of the matter in this clip from “LevinTV.”

After she revealed how little she knows about how the United States government system operates, Mark blasted Rep. Alexandria Ocasio-Cortez, calling her a “media-drama birthing person who is as dumb as they come.”

In an interview, AOC told Steven Colbert that the president should expand the Supreme Court and end the filibuster through an Executive Order. Watch Mark set the record straight by exposing AOC’s constitutional illiteracy. Get more “LevinTV” here.

To enjoy more of “the Great One” — Mark Levin as you’ve never seen him before — subscribe to BlazeTV — the largest multi-platform network of voices who love America, defend the Constitution, and live the American dream.

From Hillsdale’s Classical Charter Schools to Wildflower’s Montessori Ones, Educational Diversity Is Good
Democrat Candidate Claimed Assisted Suicide Could Be ‘Proper And Ethical’ For Terminally Ill Children
‘US fugitive’ in UK ‘tried to organise sham memorial mass by posing as grieving widow’
US attorney general says he personally approved FBI search of Trump’s Mar-a-Lago home
Horowitz: How is this DOJ witch hunt against congressional conservatives not unconstitutional?