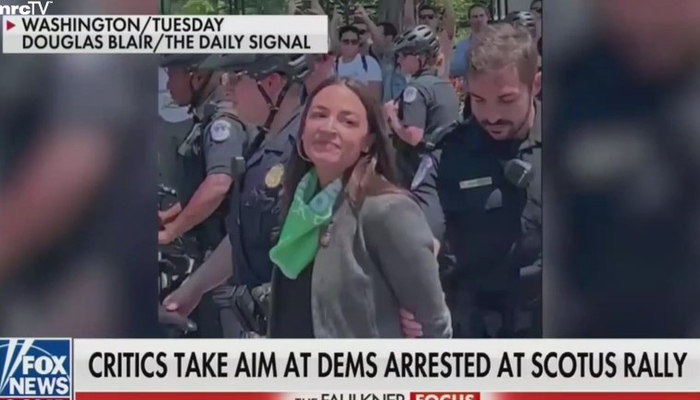 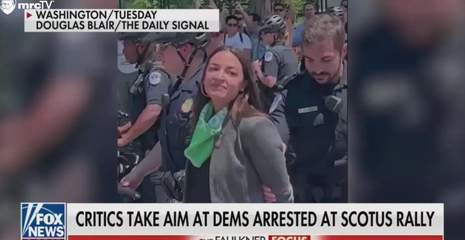 We are just 15 weeks away from election day in what is already shaping up to be a contentious 2022 midterm season. If the press follows their typical campaign play book, journalists will pick out certain conservative candidates who commit gaffes or make odd comments and try and make them the face of the GOP.

One thing they won’t do is single out the radical, extreme nature of some of the Democratic Party’s most well known congressional members: The Squad.

Socialist Alexandria Ocasio-Cortez, as well as far-left representatives like Rashida Tlaib, Ilhan Omar and Ayanna Pressley, have been gaffe machines in the last few months. Most recently, some of them pretended to be restrained by police officers using invisible handcuffs while protesting for abortion at the Supreme Court.

But there’s also been far more serious moments. Congresswoman Tlaib, it was revealed in July, had campaign events in 2018 organized by alleged terrorist financiers. Also, the Somali-born politician introduced a resolution in May that recognized the “catastrophe” of the creation of Israel.

But you wouldn’t know about any of these because the ABC, CBS and NBC evening newscasts haven’t covered them. Here’s the four Squad scandals the press should have been covering:

AOC and the Invisible Handcuffs

Last week, Ocasio-Cortez and 16 other far-left members of Congress were detained at a pro-abortion rally in front of the Supreme Court. Embarrassing footage showed Ocasio-Cortez holding her hands crossed behind her back, pretending to be handcuffed. Seeming to forget the invisible cuffs, she lifted her hands in a show of defiance.

The men, who organized events that were paid for by Tlaib’s campaign, were associated with a network of nonprofit groups that were found liable by a federal jury in 2004 for financing the terrorist slaying of an American teenager, David Boim, at a bus stop in the West Bank in 1996. A federal judge ordered the three groups to pay Boim’s parents a $156 million judgment for funding Hamas, a designated Foreign Terrorist Organization.
…

The first Tlaib campaign organizer, Rafeeq Jaber, testified during a deposition in 2003 that he served as president of the American Muslim Society and the Islamic Association for Palestine. Jaber testified that the two groups, while under his control, worked to “promote [Holy Land Foundation] in every way we can” and also distributed pro-Hamas documents, including an August 2001 editorial that advocated martyrdom operations and the killing of Jewish people.

The second Tlaib campaign organizer, Salah Sarsour, helped raise money for the Islamic Association for Palestine and the Holy Land Foundation around the time of Boim’s killing and, in one case, allegedly wrote checks from his business’s bank account to funnel money to a Hamas militant.

Ignoring the anti-Semitic hate from the Squad

Back in May, Tlaib introduced a resolution calling on the United States to recognize the “Nabka,” which is a term used by some Palestinians to describe the creation of the state of Israel. Here are her May 16, 2022 tweets about the year Israel was recognized by the United Nations: 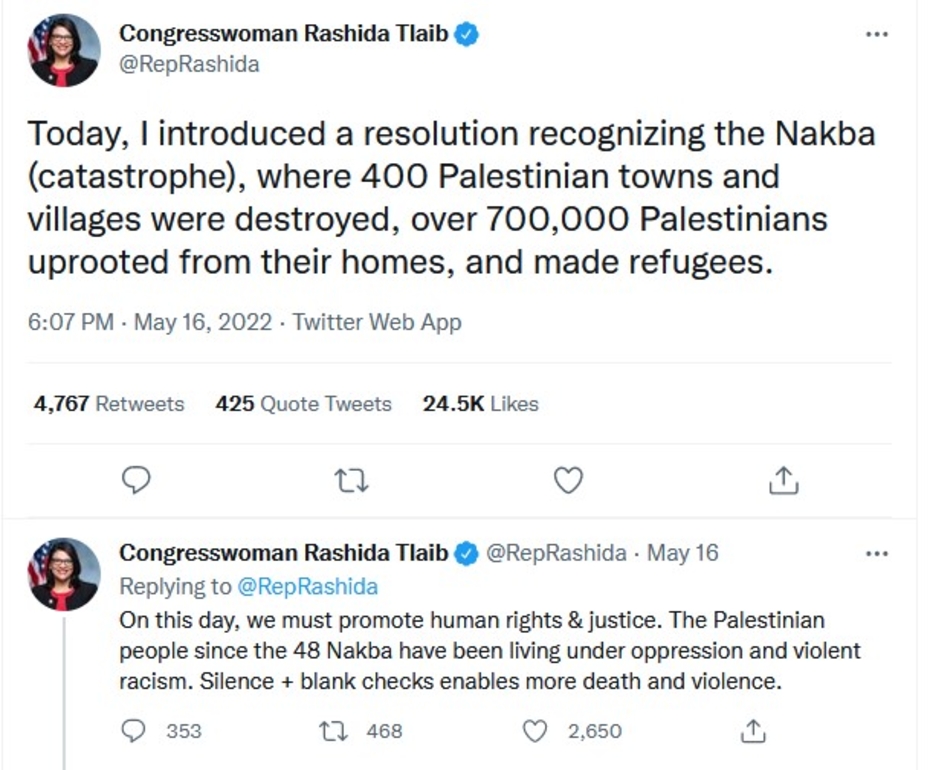 As Fox News explained, the resolution was made on behalf of other Squad members, including Ocasio-Cortez, and Ilhan Omar. Back in 2012, future Squad member Omar tweeted that the “evil” Israel has “hypnotized the world.” So her participation isn’t surprising.

Finally, we have Massachusetts Congresswoman Ayanna Pressley. You may not know her as well as other members of the Squad. But she’s just as radical. And this past spring, she appeared to tweet support for Will Smith’s violence against Chris Rock at the Oscars.

The tweet was quickly deleted and she sent out a series of comments attempting to clarify: “I don’t endorse violence in any form.” We’ve all seen how ill-advised tweets by conservatives and Republicans are jumped on by the press. But the networks quietly looked the other way on this one. 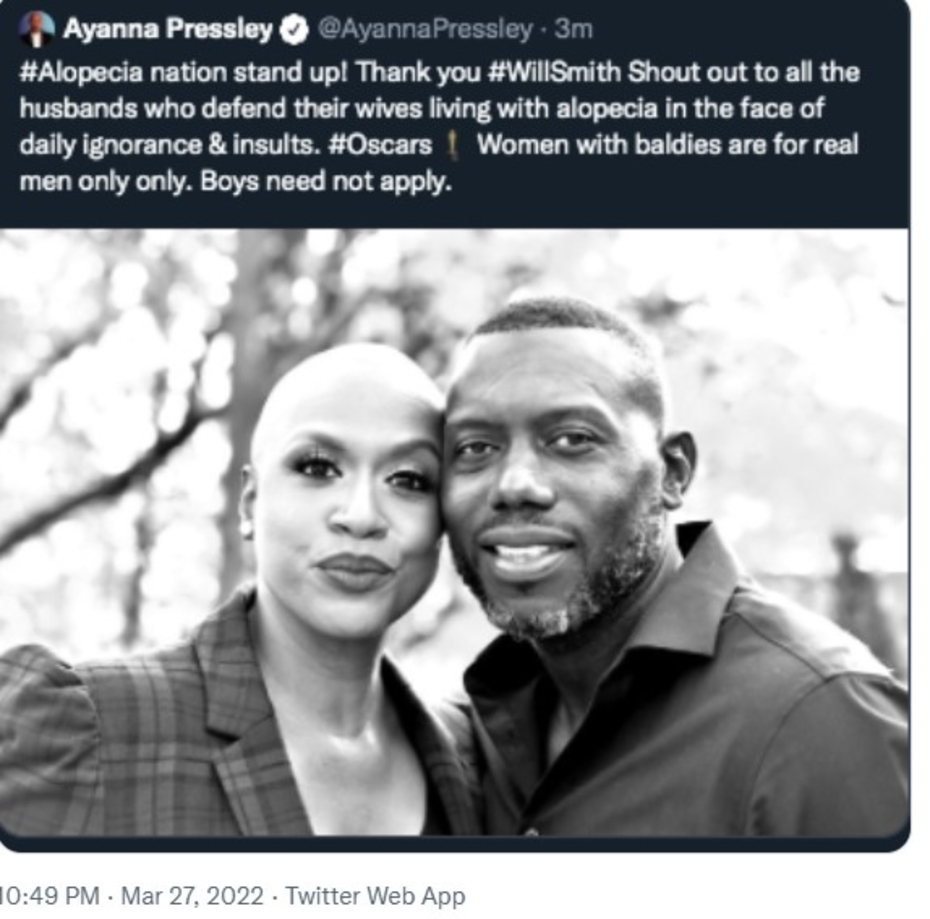 Expect Squad members to make more embarrassing moments this fall, to embrace more shocking and radical positions. But there’s one thing the American people should demand: If journalists are going to highlight some obscure Republican candidate who says something outrageous, be sure and cover the scandals coming from the socialist Squad in Congress.

Oof: DC Officials Seek Crime-Fighting Advice From The Currently Incarcerated
Conspiracy theorist Alex Jones owes Sandy Hook parents $4.1m, jury determines
Is This Trump’s Moment to Officially Announce His 2024 Candidacy?
‘Are You Kidding Me?’ CNN’s S.E. Cupp Told To Get Out Of Her Bubble On Mar-a-Lago Raid
Boeing Dreamliner deliveries to resume in the ‘coming days,’ FAA says