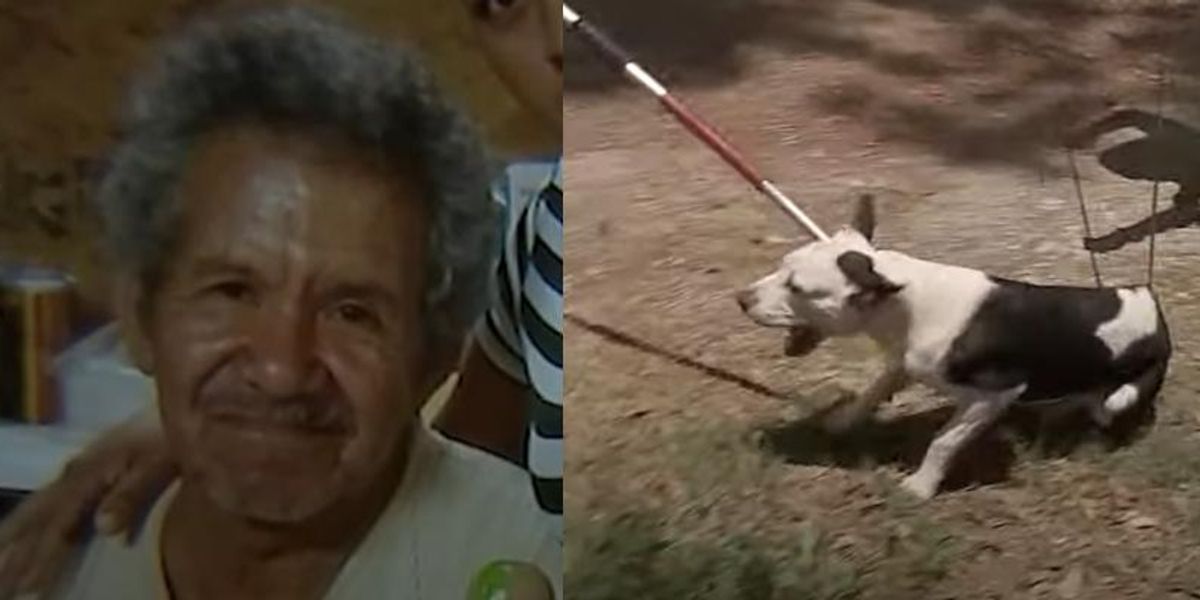 A 71-year-old Texas man was mauled to death by pit bulls. The alleged owner of seven pit bulls was arrested in connection with the deadly attack.

Fresno-native Freddy Garcia was walking to a store in his neighborhood at around 1:30 p.m. on July 18. Garcia was viciously attacked by seven pit bulls. Garcia was flown to Memorial Hermann – a hospital in the downtown Houston area. He was later pronounced dead from the pit bull attack.

Immediately following the attack, four pit bulls were captured, according to the Fort Bend County Sheriff’s Office. Three other pit bulls were on the loose for a period of time before they were taken captive. Officials did not reveal if the animals would be euthanized. Fort Bend County District Attorney Brian Middleton will determine the fate of the pit bulls involved in the deadly attack.

Cartwright, 47, was charged with attack by dog resulting in death – which is a second-degree felony. The charge could result in a prison sentence of two to 20 years.

Fort Bend County Sheriff Eric Fagan told KRPC-TV, “This devastating tragedy didn’t have to happen. I extend my deepest condolences to the Garcia family and his neighbors as they adjust to the loss of Mr. Garcia. Special thanks go out to our deputies, Fort Bend Animal Services Director Rene Vasquez, and Fort Bend District Attorney Brian Middleton for the collaborative work of capturing the dogs and making an arrest.”

Garcia’s brother, Jorge, said he was relieved, “I feel more at ease that at least these animals are not going to hurt no one else, and I hope this doesn’t happen anywhere else.”

There have recently been several people killed by pit bulls.

On May 14, a 36-year-old South Carolina man was mauled to death by four pit bulls. The owner of the dogs, Shantell Ross, is expected to be charged with involuntary manslaughter as well as three counts of vicious unleashed animals in the death of Scottie Lee Brigman, according to People magazine.

On June 5, an 86-year-old Canadian woman was believed to have been attacked by three dogs: a North American pit bull-terrier mix, a North American Staffordshire mix, and an American pit bull. The woman later died from her injuries in Calgary. The Toronto Star reported that the dog owners – Denis Bagaric and Talyn Calkins – were each charged with 12 crimes, including an animal attack on a person, an animal bite to a person, and an animal running at large.

On July 7, North Carolina grandmother Trena Peed, 46, was mauled to death by two pit bulls that she was dog sitting.