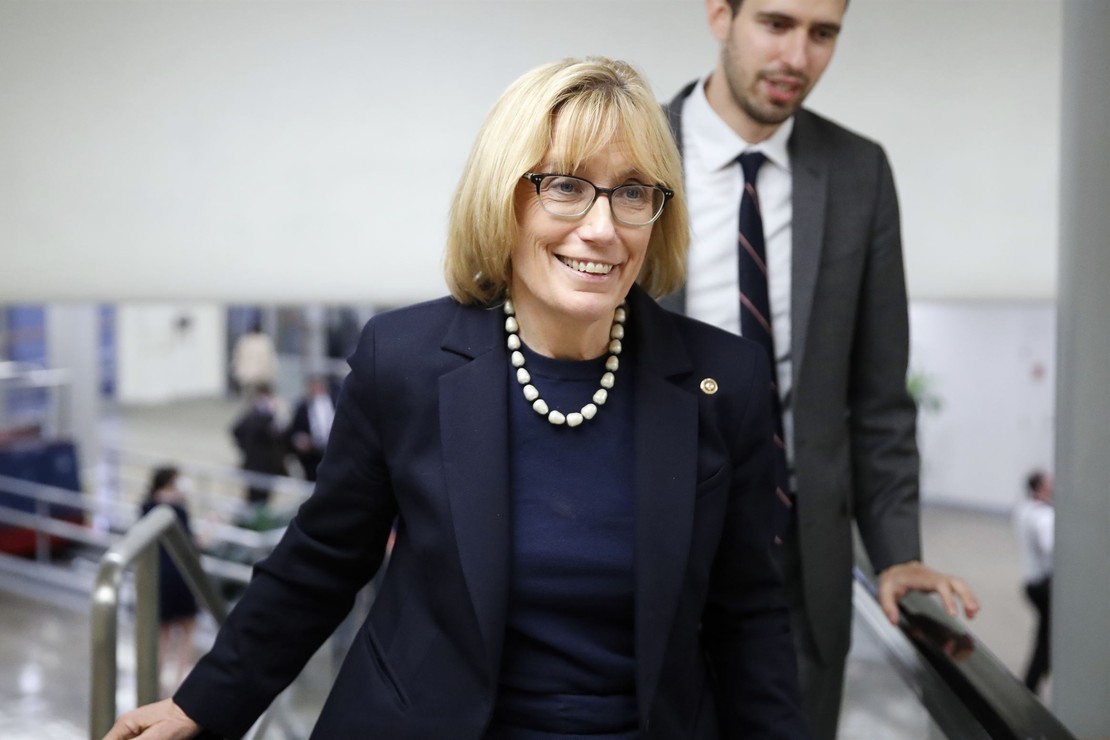 Polls have repeatedly shown that inflation is the number one issue of American voters—and they blame Joe Biden for failing to do anything about it. But it’s not just Joe Biden’s problem. Members of his own party are equally culpable for having ignored the problem for a year and a half, just as Biden has.

Unlike most Democrats who have praised Biden’s “leadership” despite the economic crisis, Sen. Maggie Hassan (D-N.H.) has been trying to distance herself from Biden and has even expressed frustration with him for not supporting her federal gas tax pause.

“What I’ve been pushing for is, among other things, is suspending the gas tax. That helps put some more money back in people’s pockets. I’m pushing the administration to support that. They haven’t yet and that’s frustrating,” Hassan told Fox News last month.

Granted, a federal gas tax pause doesn’t actually address the problem of inflation—it is merely a gimmick to marginally reduce prices for a short period of time—but at least she’s criticizing Biden’s failure to address inflation.

“I have said for a while that I thought he and the administration have been too slow to react to it,” Hassan recently told CNN.

Of course, there’s a reason why she’s speaking out on inflation. Hassan is one of a number of vulnerable Democrats up for reelection this year. She was elected in 2016 after narrowly edging out Sen. Kelly Ayotte (R-N.H.) by a mere one-tenth of a percentage point, which means her seat was always going to be considered a potential pickup in 2022.

Now, according to a new poll, all three of her potential Republican challengers are within striking distance.

New Hampshire State Senate President Chuck Morse, highly decorated Army veteran General Don Bolduc, and former Londonderry Town Manager Kevin Smith are running in the GOP primary. All are polling within 4 points of Hassan, who failed to gain the support of a majority of voters against any of them.

The similarity between these polls is remarkable and shows that any of the three candidates is a threat to Hassan’s reelection. Polling this well against an incumbent in a blue state before the primary means they’re all in a strong position to flip the seat, especially considering Hassan’s failure to hit 50% against any of them. This is a huge problem for her and explains her efforts to distance herself from Joe Biden.

Another interesting nugget is that the poll was conducted from June 22 to July 8, 2022—meaning it mostly was conducted after the Supreme Court released its decision on Dobbs v. Jackson Women’s Health Organization. If incumbent Hassan can’t get majority support in her state in the first weeks post-Dobbs, it’s clear that the abortion issue will have a limited impact on her chances of reelection. She knows that inflation is the top issue facing voters and is trying to appear proactive about it—at least, more proactive than Joe Biden has been.

If inflation continues to get worse before Election Day, which experts say it will, Hassan may find her efforts to distance herself from Biden to be futile.

The New Hampshire Republican primary will be held on September 13, 2022.