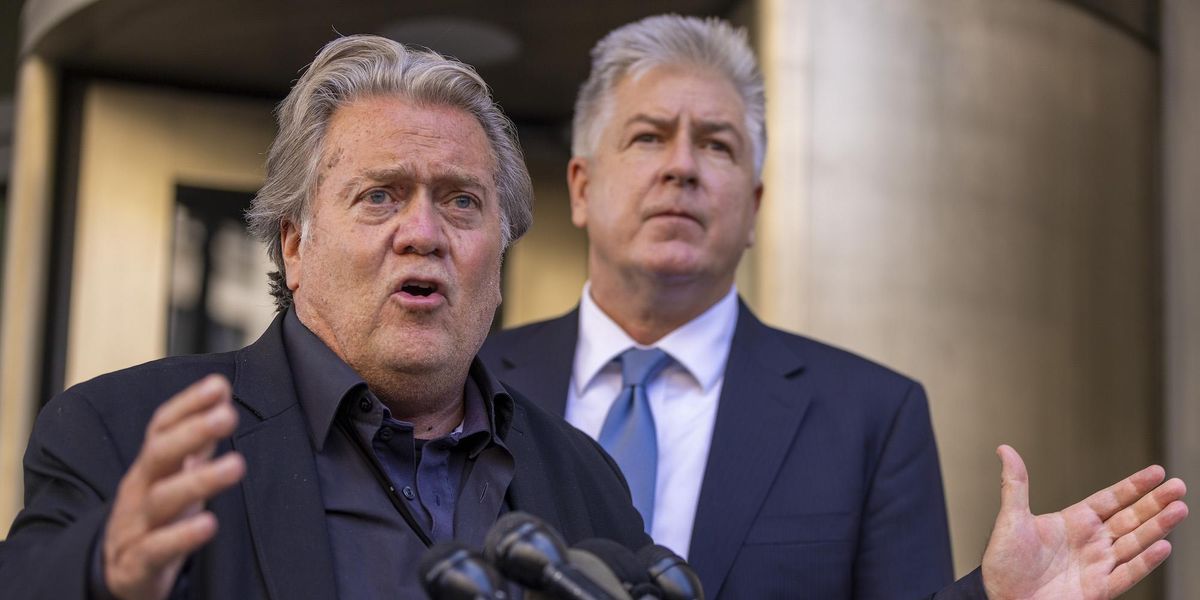 A federal jury found Steve Bannon guilty of two charges of contempt of Congress for refusing a subpoena from the committee investigating the Jan. 6 rioting at the U.S. Capitol.

The 68-year-old former Trump advisor lambasted the committee in a statement to the media after the court hearing.

“I only have one disappointment and that is the gutless members of that show trial committee, the J6 Committee didn’t have the guts to come down here and testify in open court,” said Bannon, who also thanked the jury and the judge.

Bannon had vowed to fight the “misdemeanor from hell” and “go medieval on these people” ahead of the contempt trial. Instead, his lawyers called no witnesses and opted to present no defense in the case.

“We didn’t feel the need to put on a defense,” said attorney Evan Corcoran to the jury.

The jury deliberated for only about three hours.

Each charge of contempt of Congress carries a sentence of between 30 days and one year in prison. He is scheduled to be sentenced on October 21.

Bannon had argued that he was protected from testifying under the executive privilege invoked by former President Donald Trump about his role in the Jan. 6 rioting.

His lawyers vowed to appeal the ruling and complained that the judge didn’t allow certain arguments to be made on behalf of their client.

“This is a bulletproof appeal,” said attorney David Schoen. “The overreaching by the government in this case has been extraordinary at every level.”

U.S. Attorney for D.C. Matthew Graves praised the jury for the ruling.

“The subpoena to Stephen Bannon was not an invitation that could be rejected or ignored,” Graves said. “Mr. Bannon had an obligation to appear before the House Select Committee to give testimony and provide documents. His refusal to do so was deliberate and now a jury has found that he must pay the consequences.”

Here’s more about the Bannon verdict:

‘Way over the line’: BlazeTV hosts SLAM FBI raid on Trump’s Mar-a-Lago home
Boeing Dreamliner deliveries to resume in the ‘coming days,’ FAA says
Muslim community terrified by random gunshot murders — police arrest Muslim who may have been motivated by sectarian dispute
NPR gets hammered for saying Florida license plates with the Gadsden flag symbolize a ‘dangerous far-right extremist ideology’
‘Are You Kidding Me?’ CNN’s S.E. Cupp Told To Get Out Of Her Bubble On Mar-a-Lago Raid