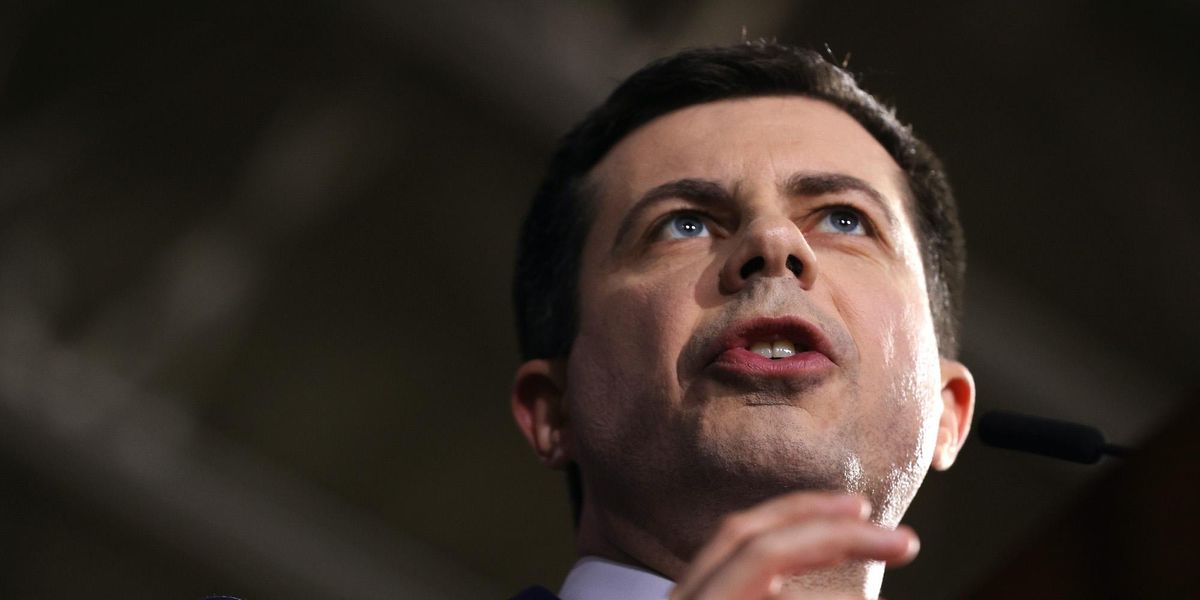 Transportation Secretary Pete Buttigieg testified that the “pain” from high gas prices has increased the benefit for electric car owners, and then tried to deny that he’d said it.

Buttigieg made the comments on Tuesday in his testimony before the House Transportation and Infrastructure Committee. He was being questioned by Republican Rep. Carlos Giménez of Florida about the efficiency of electric vehicles when he made the admission.

“You would agree that the higher the price of gas, the faster you reach that parity?” asked Giménez.

“Of course, the more pain we are all experiencing from the high price of gas, the more benefit there is for those who can access electric vehicles. That’s why we’re hoping you and your colleagues might reconsider opposing the reduction of EV upfront prices and tax credits.”

“So you’re saying the more pain we have, the more benefit we’re gonna get? I think that’s what I heard you say,” Giménez asked.

“No! That’s what you heard me say?” Buttigieg laughed nervously. “I know you want me to say it so bad, but honestly sir, what we’re saying is that we could have no pain at all by making EVs cheaper for everybody, and we’d love to have your support on that.”

Giménez emphasized the point by retweeting the video of Buttigieg’s comments from his official social media account.

“The Biden Administration’s all-out assault on American energy serves one purpose: it is a deliberate attempt to force electric vehicles onto Americans by hurting you and your paychecks,” he tweeted. “Transportation Secretary Pete Buttigieg told me himself in today’s T&I hearing.”

Buttigieg was was also grilled on the implication he made that people could buy an electric car in order to avoid high gas prices. Many on the left praised Buttigieg for a veiled insult he made against former President Donald Trump during the hearing when one Republican asked him about Biden’s mental competence in the Oval Office.

Here’s the video of the exchange:

u201cPete Buttigieg is grilled by Rep. Gimenez over the costs associated with buying an electric vehicle:nn”The more pain we are all experiencing from the high price of gas, the more benefit there is for those who can access electric vehicles.”u201d

After years of rapid growth, the housing market is showing clear signs of slowing down
Intense video shows the moment Las Vegas smoke shop owner stabs would-be thief: ‘I was in a fight or flight mode’
Nets Swoon Over ‘Blockbuster’ & ‘Historic’ Spending Bill
Bed Bath & Beyond is discontinuing a private brand as it tries to reverse declining sales
Italians Say Ciao To Domino’s As Last Franchise Closes