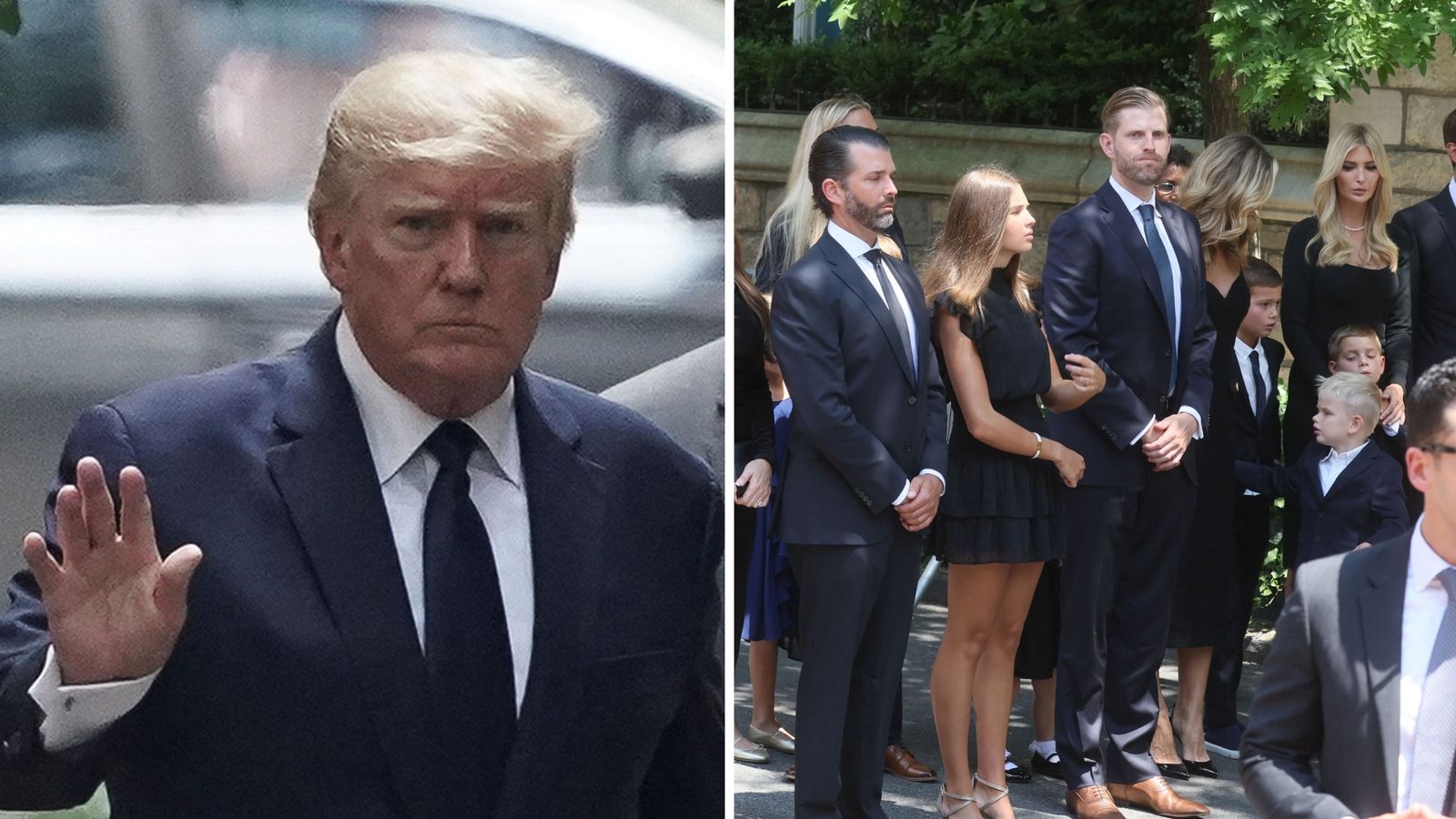 Donald Trump joined other family members as they paid their respects to his ex-wife Ivana Trump at her funeral in New York.

Ms Trump, 73, who was the first wife of the former US president, died last Thursday at her home in Manhattan.

Her death was ruled an accident by authorities, with the cause stated as “blunt impact injuries” to her torso after she reportedly fell down stairs.

They had three children together – Donald Jr, now 44, Ivanka, 40, and Eric, 38, who all attended the funeral at St Vincent Ferrer Roman Catholic Church.

They and their families followed her gold-coloured coffin into the building.

Tiffany Trump, the daughter of the ex-president and his second wife, Marla Maples, also attended the service.

“A very sad day, but at the same time a celebration of a wonderful and beautiful life,” Mr Trump wrote on his social media platform, Truth Social, before heading to the mass with his current wife, former first lady Melania Trump.

Ivana Trump was found at the bottom of the staircase in her apartment next to a spilled cup of coffee, according to reports in some US media outlets.

There was no indication of foul play, an official said.

A Czech-born ski racer and model, she became well-known in her own right with her blonde beehive hairdo and her glamorous look.

The couple’s very public divorce was ugly, but in recent years they had been on good terms.

She appeared in the 1996 hit film The First Wives Club with the now-famous line: “Ladies, you have to be strong and independent, and remember, don’t get mad, get everything.”

Mr Trump announced his former wife’s death on his social media platform Truth Social, which he set up after being banned indefinitely from Twitter.

“She was a wonderful, beautiful, and amazing woman, who led a great and inspirational life,” he said.

“Her pride and joy were her three children, Donald Jr, Ivanka, and Eric. She was so proud of them, as we were all so proud of her. Rest In Peace, Ivana!”

The Trump family said: “Ivana Trump was a survivor. She fled from communism and embraced this country. She taught her children about grit and toughness, compassion and determination.

“She will be dearly missed by her mother, her three children and 10 grandchildren.”

She was married four times, most recently to Italian actor Rossano Rubicondi.

The FBI Needs to Raid Barack Obama’s Home Next. Here’s Why.
‘So Goes Housing, So Goes the Economy,’ Rep. Ralph Norman Says
Students and staff in the School District of Philadelphia will be required to mask for the first 10 days of school
Muslim community terrified by random gunshot murders — police arrest Muslim who may have been motivated by sectarian dispute
Bari Weiss: NY Times Editor Wanted to Check with Schumer on Tim Scott Op-Ed