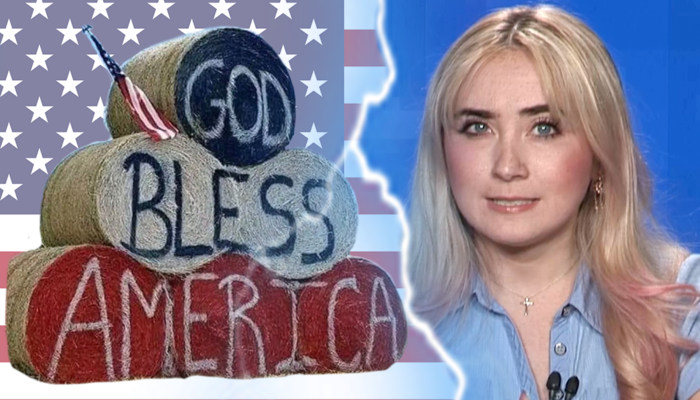 It’s Episode 47 of CensorTrack with TR. This week, we talked about how Big Tech is unabashedly anti-American.

Earlier this month, Nextdoor censored one user’s Fourth of July post. Nextdoor is a social media app designed to help users connect with their communities and share local updates.

Libs of TikTok tweeted that a Nextdoor user posted an image of red, white and blue hay bales with the words “God Bless America” painted on them. The user’s caption read, “Have a wonderful 4th of July weekend.”

Nextdoor removed the image and reportedly deemed it “spam” and “discrimination,” according to screenshots tweeted by Libs of TikTok.

“A team of viewers voted to hide [the post] because it was determined to break guidelines,” according to the screenshots, but when MRC Free Speech America reached out to

Nextdoor, a spokesperson told us differently. Nextdoor claimed that the post “is not in violation of our Community Guidelines” and added that “comments to the post related to national politics resulted in its removal.”

According to Libs of TikTok’s screenshots, the post was hidden because “a team of reviewers voted to hide it because it was determined to break guidelines.”

It is unclear whether the platform itself or the user’s neighborhood moderators removed the post but what we know is that Nextdoor censored a pro-American post for reasons that have nothing to do with actual spam or discrimination, as Nextdoor apparently had claimed.
Nextdoor told MRC that “We have policies and dedicated spaces for important non-local topics, such as national politics, and empower communities to moderate violating neighborhood content.”

These censorship tactics used against posts that honor our great nation have made one thing clear: Big Tech is explicitly anti-American.

Watch below for the forty-seventh episode of CensorTrack with TR! We encourage you to post and share it across all social media. If you have been censored, contact us at www.CensorTrack.org, and use #FreeSpeech to point out more of Big Tech’s unacceptable bias.

Check out our recent episodes:

Conservatives are under attack. If you have been censored, contact us at the Media Research Center contact form, and help us hold Big Tech accountable.