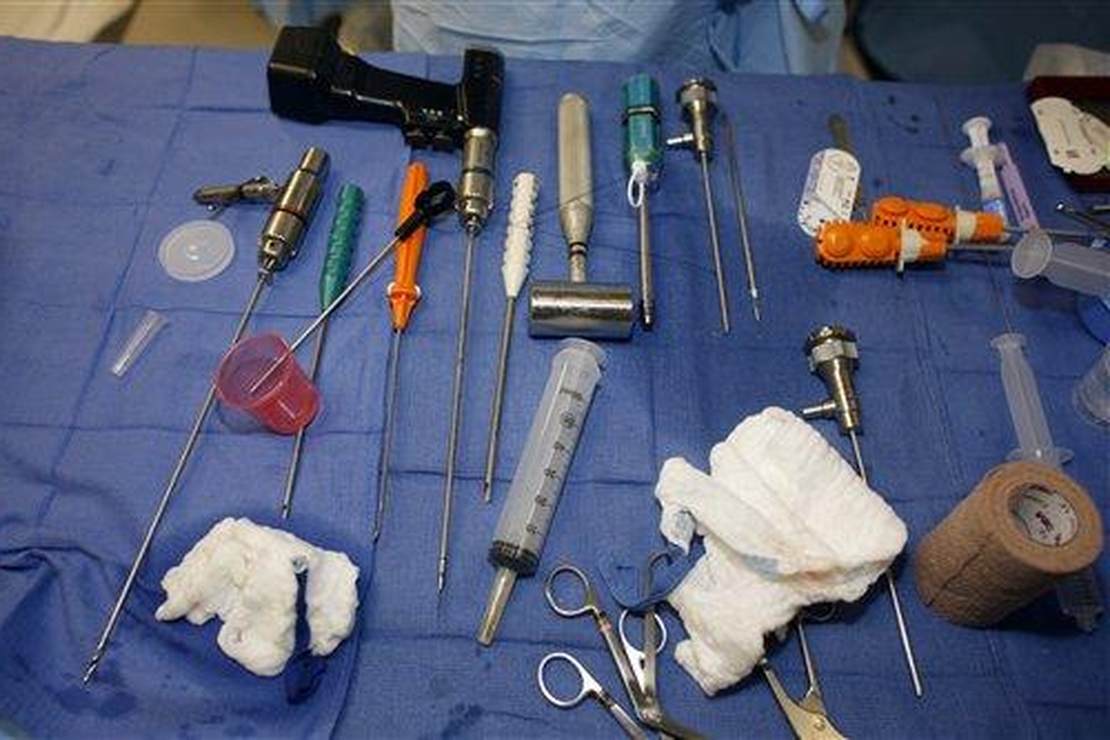 In case you believed that the 10-year-old child allegedly raped and impregnated by an illegal alien—whom Big Media held up for a few days as the victim of restrictive abortion laws in Ohio—is the person in this story who is deserving of your sympathy and prayers, think again. Big Media has tossed the child aside in favor of a bigger victim they’re all rallying around: abortionist Dr. Caitlin Bernard, and it’s just about as sickening as you would imagine.

After a solid week of pointing fingers at conservative media and calling us “rape shamers” who “care nothing” for the child victim (because a bunch of us asked for basic verification that the story was actually true and no one could provide any— including to the Washington Post and Snopes—until the surprise arrest of illegal alien Gerson Fuentes), the propaganda arm of the Democrat Party disguised as news networks quickly pivoted to painting Dr. Caitlin Bernard as the real victim.

Last week Big Media printed story after story centered on how awful it was that this child “couldn’t get an abortion in Ohio”—which turned out not to be true. That angle and the child herself is now almost completely missing  from the reporting. Almost every trending story is either about Caitlin Bernard’s “Why me?” tour for facing public scrutiny, or “Look at how bad pro-life Republicans and their laws are!” screeds.

I wish I were kidding. News of the criminal case against Fuentes is almost non-existent, and since the day of the arrest, there has been very little follow-up. The rest of it is all about how Dr. Bernard has been terribly offended by being criticized for her role in exploiting her patient’s rape story for media headlines. 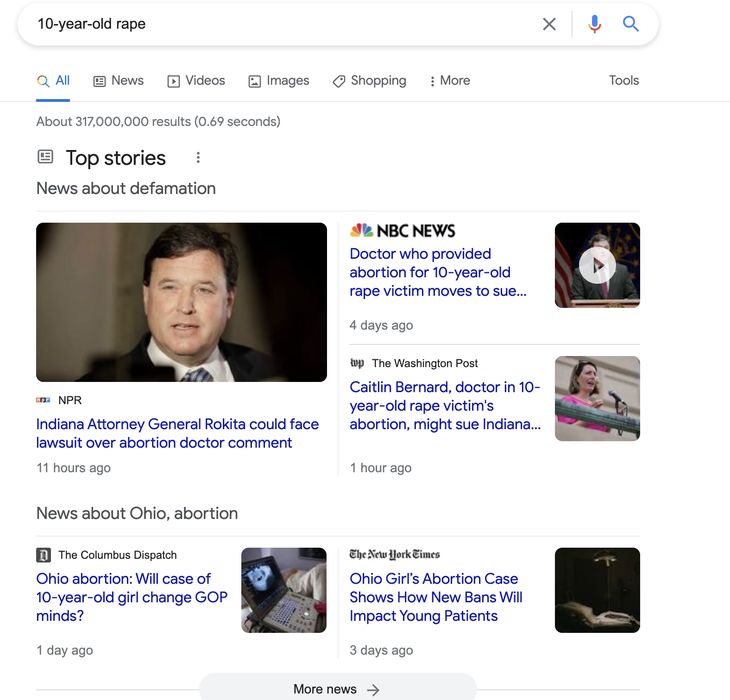 The biggest outlets, like NBC, The Hill, and NPR, are all highlighting Bernard’s “notice of tort claim” that her lawyers have sent pretending she has a defamation case against Attorney General Todd Rokita. I’ve read it. It’s stupid. Bernard’s lawyers probably wrote it for the PR headlines alone. Defamation between two public figures is darn near impossible to prove, and considering that Rokita was refused information about the crime when he asked for it, it seems he believed at the time he went on Fox News that Bernard didn’t turn in the mandated reports.

That’s her own fault for not handing them over sooner or responding to requests about whether or not she filed them. And it also shows there was no actual malice. If you believe something to be true when you say it, it’s not defamation. You must know the thing is false and act with a willful disregard for the truth to meet the legal standard. That’s not the case here. Rokita has proof in the form of a letter he sent to the Indiana governor telling him that no one responded to his requests for the doctor’s reports about this heinous crime, and he had serious doubts about whether they existed. That means he believed it, and he has it in writing.

Also, Bernard would have to prove financial loss, and so far, all I can find is that she was given $260,000 by a bunch of abortion doctors who started a fundraiser for her for reasons I can’t understand (unless it was for a job well done). Why didn’t they raise any money for the rape victim? The quarter of a million dollars she made in a week would seem to belie the claim that she suffered any financial harm from the publicity. If that’s what Bernard calls financial loss, sign me up! It’s my opinion that this lawsuit idea will go absolutely nowhere, but I guess we will see.

The other media reports, of which there are many, either decry the treatment of Bernard by conservatives or lambast Republican abortion laws. Seriously. Here’s a quick overview of the types of headlines Bernard is getting now (and I’m not going to link any of them. They don’t deserve your clickety-clicks).

The Columbus Dispach: Will the Case of a 10-Year-Old Girl Change GOP Minds?

Daily Mail:  Dr. Caitlin Bernard Who Performed an Abortion on a 10-Year-Old Ohio Girl Has Filed a Claim for Damages Against Indiana Attorney General Todd Rokita

Getting back to that notice of tort claim. It is NOT a lawsuit despite Big Media’s relentless effort to make you think it is. A notice of tort claim is actually a notice to a public agency that someone thinks they can file a lawsuit, but it isn’t a lawsuit, and the person who files the notice (Bernard) is NOT obligated to prove her claim. That’s convenient for her. There are also statutes of limitations on notices of tort claims that say if a real lawsuit is not filed within a specified timeframe, the plaintiff loses the right to sue for that claim. Again, it is NOT a lawsuit. It’s basically a poorly-argued threat letter that duped the lazy press into claiming it’s a lawsuit.

It’s worth noting that in her poorly-argued threat letter, Bernard does not specify any harm. The closest she gets is claiming, that “Mr. Rokita’s comments were intended to heighten public condemnation of Dr. Bernard, who legally provided legitimate medical care.”

Isn’t that what Dr. Bernard’s comments to the Indianapolis Star were intended to do to Ohio legislators and Indiana Republicans, some of whom were restricting her ability to do dismemberment abortions? Wasn’t her entire purpose in revealing her minor patient’s trauma to amp up anti-life sentiment and “heighten public condemnation” of Republican legislators opposed to crushing the skulls of infants? Do tell us, Dr. Bernard, about all the “public condemnation” you say happened to you that did not happen to Kristi Noem, Dave Yost, Mike DeWine, Todd Rokita, and many others who were publicly attacked by the rabid press as a result of your words.

Sounds like tit-for-tat to me. Don’t start none, won’t be none.

But start it she did and she set the world on fire with her half-reported tale about Ohio’s laws, which wasn’t accurate and wasn’t verified or corroborated by any secondary source, while leaving out the most important part of the story—not that the girl needed an abortion but that a child rapist and illegal alien was on the loose in Ohio and wasn’t arrested until conservative media got loud about corroborating the CRIMINAL RAPE OF A CHILD. Not one Big Media repeater of Bernard’s tale even questioned it until we did.

But even after independent media, with the help of Fox News, drew so much attention to the questionable sourcing of the Indy Star’s story that it forced Ohio officials to cough up an alleged rapist, Big Media still thinks you didn’t see behind the curtain!

Jumpin’ Jehosophat on a pogo stick! They think we are going to buy this!

We are not! I don’t care what you call us, what garbage you write about us in the New York Times or Rolling Stone —you’ve shown your hand, Big Media. We’ve all seen it. You couldn’t drop this story about an illegal alien and child rape fast enough! Even my trolls on Twitter disappeared! Now it’s all about poor Dr. Bernard, the abortionist with the heart of gold— and the forceps of death—whom everyone must pity and sympathize with and pay tribute to in the form of worshipful respect. Say your prayers to St. Bernard, Our Lady of the Perpetually Aggrieved Abortionists, tonight, folks. Big Media has spoken. 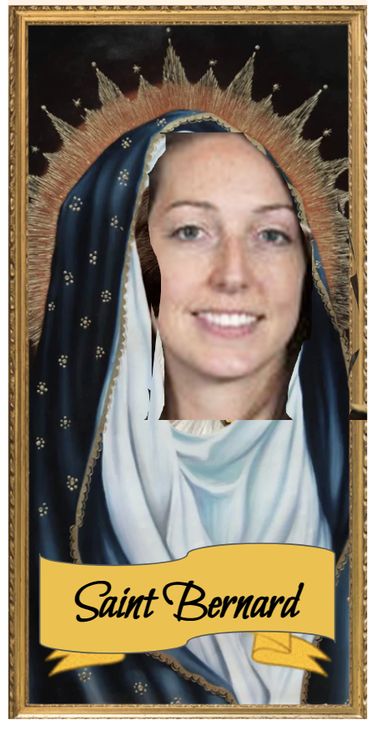 You’ve all received your marching orders. Time to prostrate yourselves before Saint Bernard, Our Lady of the Perpetually Aggrieved Abortionists. She’s the real wronged party here. Pay no attention to the 10-Year-Old rape victim everyone forgot about already. pic.twitter.com/zpAARSsrGV

Meanwhile, a 10-year-old rape victim is no longer useful and has been left who knows where with who knows who. I seem to be one of the only ones still asking about the victim, along with Telemundo, NewsBusters, and some guy named Glenn Beck. Think we can do it? I do.

Investigative journalist @MeganFoxWriter tells me that after the 10-year-old rape victim’s mother defended the alleged rapist, she reached out to Franklin County DCS to confirm if the state took custody of the children. But she has STILL gotten NO answer. pic.twitter.com/TuXxAecTkz

If Big Media doesn’t smell an actual story here that involves illegal immigration, government secrecy, and perhaps child trafficking among other horrors (and not some perpetually offended abortionist who is melting down because she got caught using a kid for political gain and faced some public criticism), I can’t help them be better journalists. But I can do my part to make sure this girl is not thrown away like a broken noisemaker left on the lawn after a “Womyn’s March.” Her life matters, and the people who did this to her need to face justice.

I’m staying on it until that happens, no matter what the clowns are doing with the card tricks and the roadside freakshow. Journalism is not dead. You just have to look a little harder to find it.