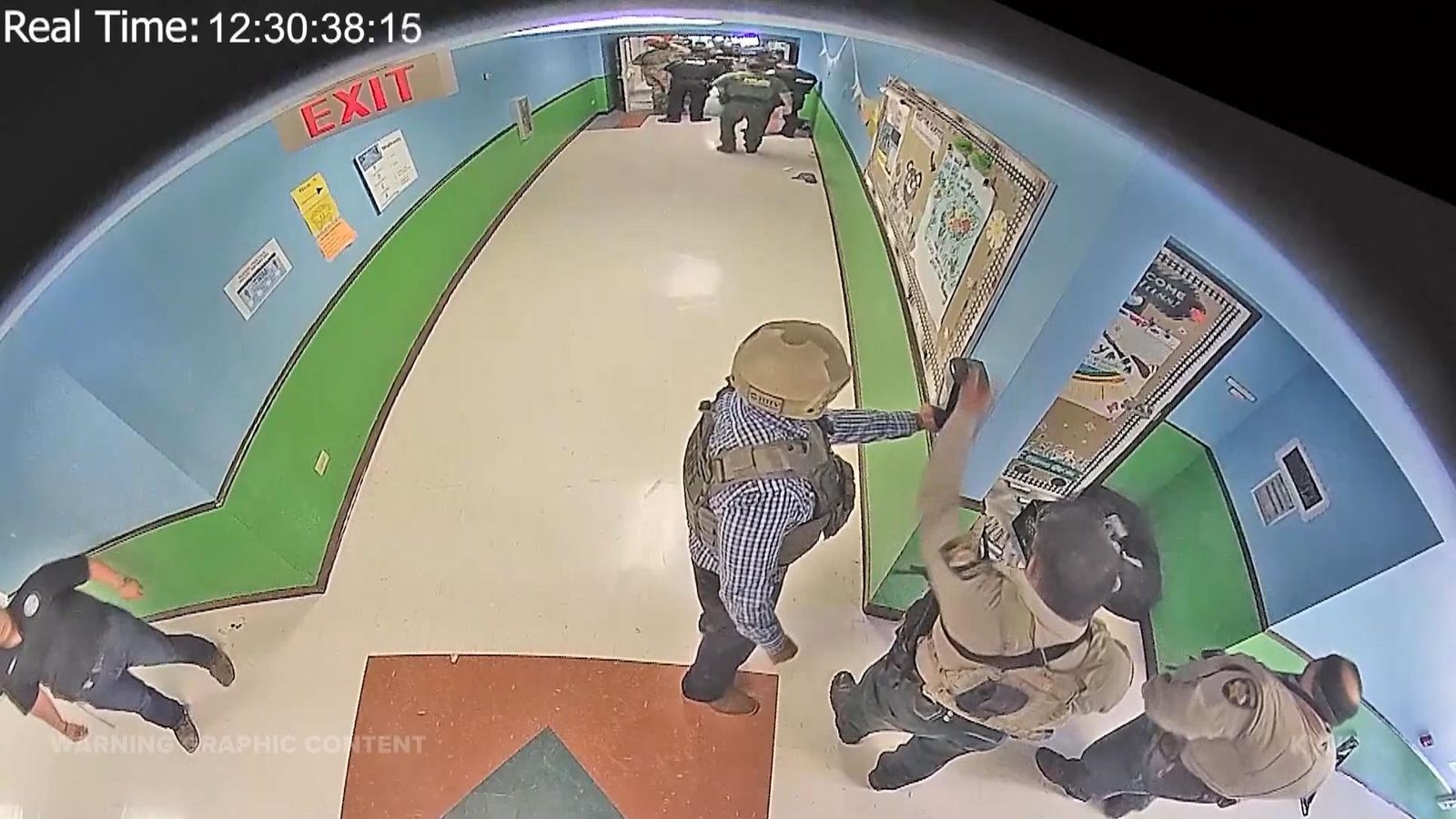 An internal review has been launched into the inaction of dozens of police officers who failed to intervene as a gunman murdered 19 children and two teachers at a Texas primary school.

The massacre by Salvador Ramos at Robb Elementary School in Uvalde on 24 May was the focus of a damning report released on Sunday, which revealed almost 400 law enforcement personnel were sent to the scene.

Despite the huge response in terms of personnel, a “lackadaisical approach” and overarching sense of “chaos” among every agency who attended meant it took more than an hour to bring down 18-year-old Ramos.

Texas state police have now announced a review, with the report by the Texas House of Representatives having rekindled vociferous criticism faced by authorities over what was one of the worst school shootings in US history.

Of the 376 officers who responded to the shooting, only two are currently known to be on leave pending investigation into their actions – or inaction.

They are Pete Arredondo, the Uvalde school district police chief, and Lieutenant Mariano Pargas, a local department officer who was the city’s acting police chief at the time.

State police said the review would examine the actions of every officer who was at the scene “to determine if any violations of policy, law, or doctrine occurred”.

No timeline has been given as to when it will be completed.

Colonel Steve McCraw, director of Texas Department of Public Safety (TPDS), previously laid much of the blame at the feet of Mr Arredondo for treating the gunman as a barricaded subject and not an active shooter.

The new report also says he wasted critical time during the shooting by searching for a key to the classroom and not treating the gunman with more urgency.

But it also went on to say there were no individual “villains”.

“Other than the attacker, the committee did not find any ‘villains” in the course of its investigation,” it said.

“There is no one to whom we can attribute malice or ill motives. Instead, we found systemic failures and egregiously poor decision making.”

Read more:
‘We knew he was a monster’
Is America too divided to tackle gun problem?

As the police review was announced, a special school board meeting was held on Monday night for the families of those killed.

Brett Cross, uncle of 10-year-old victim Uziyah Garcia, berated board members at length for not holding themselves accountable for the massacre.

Calling for the dismissal of incident commander Mr Arredondo, he said: “If he’s not fired by noon tomorrow, I want your resignation and every single one of these board members because you don’t give a damn about us or our children.”