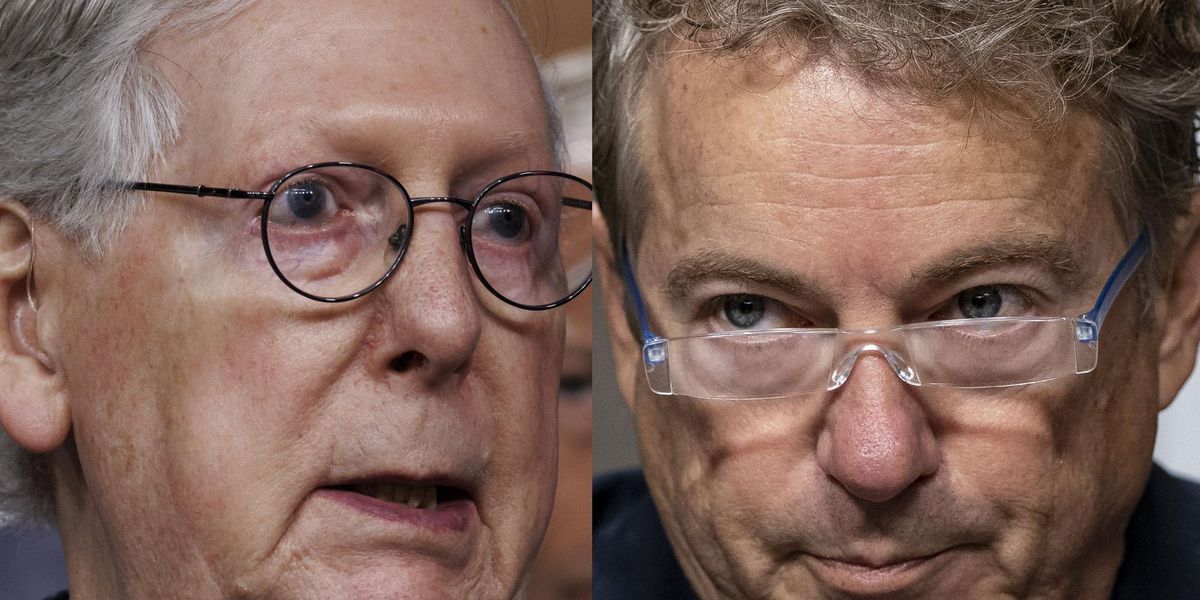 Republican Sen. Rand Paul of Kentucky unloaded on Senate Minority Leader Mitch McConnell (Ky.) over a “secret deal” he made with Democrats to nominate a conservative federal judge.

The reported deal would have put Chad Meredith on a vacant district court position in Kentucky, but Paul used a well-known Senate rule to kill the nomination.

On Monday, Paul spoke to reporters about his decision and blasted McConnell in the process.

“This was McConnell doing a secret deal behind the scenes to get something he wanted, without any consultation,” said Paul
to NBC News.

Paul said that McConnell never talked to him about the nomination of Meredith and that the first he’d heard about it was when the FBI called him about it for a background check.

Paul went on to say he didn’t have any objection to the nomination, but that he objected to McConnell’s tactics. Paul also presumed that McConnell would blame him after McConnell realized that liberal objections to Meredith were going to tank the nomination.

Paul reiterated his comments in a tweet from his official social media.

u201cI support Chad Meredith and supported him when he wasu00a0considered for a differentu00a0position. I think he would make a good judge. Unfortunately, instead of communicating and lining up support for him, Senator McConnell chose to cut a secret deal with the White House that fell apart.u201d

“I support Chad Meredith and supported him when he was considered for a different position,” Paul tweeted. “I think he would make a good judge. Unfortunately, instead of communicating and lining up support for him, Senator McConnell chose to cut a secret deal with the White House that fell apart.”

Critics on the left were outraged at the report that President Joe Biden had agreed to a deal to nominate a conservative judge hostile to the abortion rights movement.

The Gory Details the Transgender Cult Doesn’t Want You to Know About
The Motor City is moving south as EVs change the automotive industry
Even airline employees are having trouble finding a seat home from Europe this summer
Tragic: Cairo Church Fire Kills At Least 41 Parishioners Including 18 Children (VIDEO)
Republican Liz Cheney loses Wyoming seat to Trump-backed candidate