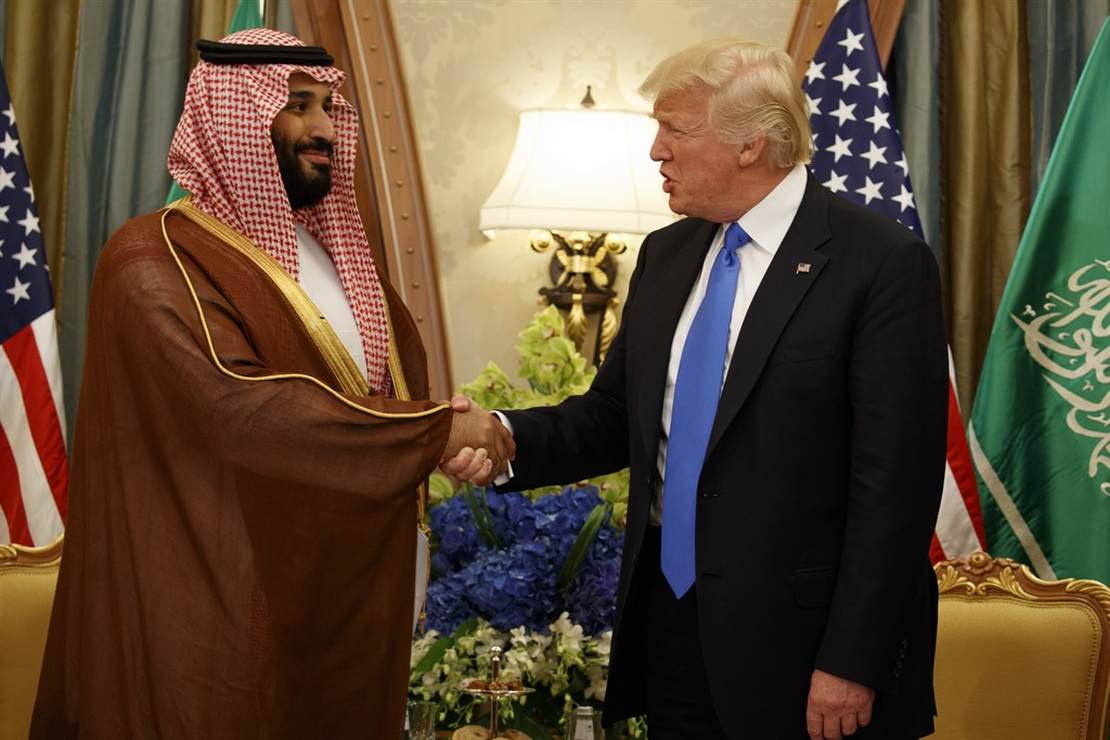 In a speech at the UN in 2018, President Trump warned Europe, and Germany specifically, that reliance on Russian oil was a significant risk. They laughed and hectored President Joe Biden into removing sanctions on the Nord 2 pipeline so Big Green could virtue signal at home and get drunk on Russian oil in the closet. How has that worked out? Reliance on Russian oil caused a hot war to their east and looming national security threats at home, and residents are now staring down a freezing winter.

Of course, the American Left has learned no lessons from European Greens. In the mind of the American Democrat, you are somehow still for green energy if you restrict domestic production and rely on some of the worst regimes in the world to send it through the back door. With that goal in mind, President Biden made his first trip to the Middle East to beg Saudi Arabia to produce more oil.

President Trump approached the Arab nation and Russia with the opposite request. In April 2020, when oil prices were dropping so low that small American producers risked going under, Trump asked the Saudis and Putin to reduce production. To maintain the U.S. position as a net exporter of fossil fuels, Trump needed to preserve domestic production. That is why Biden can frivolously release oil from the strategic reserves. Trump filled them to the gills to maintain prices.

As a net exporter, Trump maintained negotiating leverage in the region. Energy independence in the U.S. forced Saudi Arabia and the other OPEC nations to consider a petrol-based economy without the U.S. as a primary customer. The Obama years also taught all Sunni Arab countries that politics in the U.S. could leave them with a significantly more dangerous and possibly nuclear Iran. As a result, secret security agreements with Israel began to form.

The Trump administration negotiators leveraged the economic insecurity caused by the United States becoming energy independent, adding it to the security concerns about an emboldened Iran. The overtures had credibility because Trump immediately left the Iran nuclear deal and placed punishing sanctions on the regime upon taking office. By mid-2020, economic and security concerns won the day, and technology transfers and business ties with Israel were so attractive that the Abraham Accords were born.

Because of Trump’s energy policy, some blame him for the Saudis saying oil production is an OPEC decision after Biden’s recent visit. In other words, they told Biden to go pound sand. This rejection happened after Team Biden assured the radical Left that the president forcibly told Crown Prince Mohammed bin Salman Al Saud (MBS)  that he held the prince responsible for the death of “journalist” Jamal Khashoggi.

The Saudis denied that report soon after Biden left. You can almost hear the conversation where Team Biden told the prince it was something they had to say to prevent problems at home. He may have nodded sagely as if in agreement. The official position was never going to be to confirm it. Team Biden either has an inflated vision of American hegemony in the region under their boss or has never taken Negotiations 101. Or both.

Walking into these meetings, Biden has nothing the Saudis want, and they do not trust him. It is common knowledge that Biden Climate Czar John Kerry remained in discussion with the Iranian regime throughout the Trump administration. It is also clear that the U.S. will give away almost anything to revive the Iran nuclear deal. MBS had all of the leverage because he had something Biden needed. Siphoning off the strategic reserves will end, and then Biden needs oil. Otherwise, gas prices will skyrocket just before the midterms.

Biden walked into these meetings destined to fail. His base wants him to treat MBS like a monster. The Saudi leader demands respect and will not play a political game that reflects poorly on him. Biden decided to kneecap the American fossil fuel industry without any infrastructure for a “green” transition. If he hadn’t reversed almost every Trump energy policy on day one of his presidency, he would not need anything from MBS.

So while he plays “not in my backyard” at home, the Saudis may be the most tenable oil producers to beg for oil to take in the back door. However, common sense would tell Team Biden that you don’t slap the hand of the person you are approaching with your own held out in need. Continued negotiations with Iran and attempts to chastise MBS will only assure that OPEC refuses to help. Team Trump would never have needed to ask. And if they did, they would not have made such rookie mistakes.