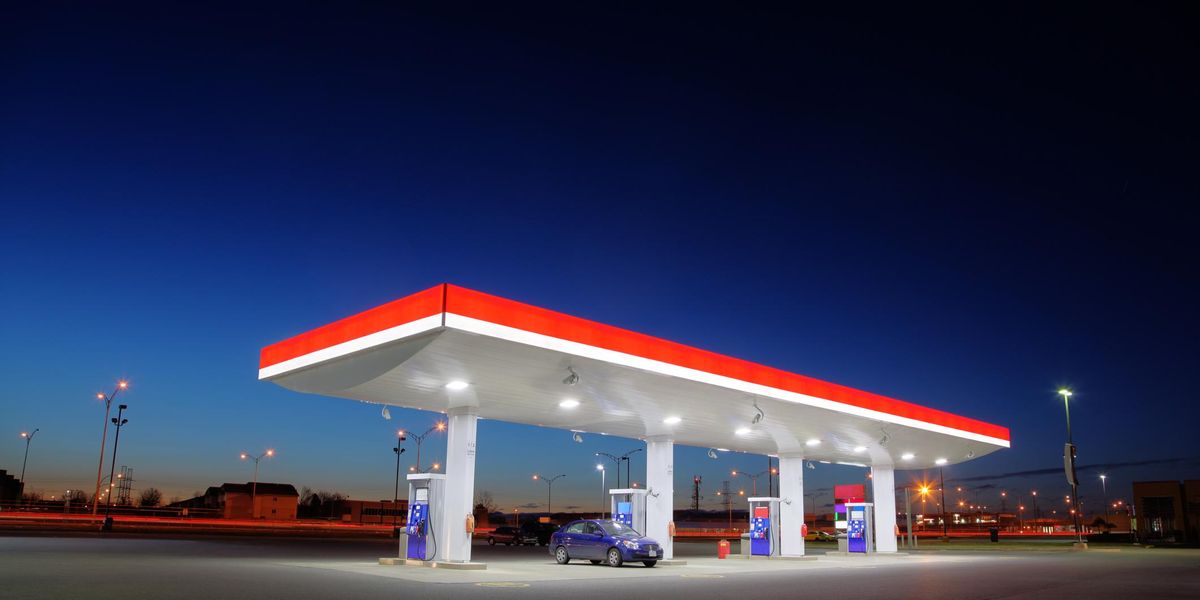 Another “Good Samaritan” with a gun saved the day again, this time, shooting and killing a man who was holding a gas station attendant at knife point.

Last Saturday, the concealed carrier pulled up to a QuikTrip service station in St. Charles, Missouri, about a half-hour outside St. Louis, and used the restroom. After he walked out of the store and returned to his car, however, some suspicious activity from another driver prompted him to remain at the gas station rather than pull away.

The customer with the gun, who has asked to remain anonymous, told reporters that he saw the driver of a black SUV enter the store and immediately grab the clerk and hold a knife to her throat.

“I saw him grab her and drag her to the front to the counter, something wasn’t right when I saw that, so me being concealed carry, I had my gun on me and I just waited,” he said.

“I walked up to the door and I saw him with a knife to her throat,” he continued. “She was emptying out the cash register and I took a step in and peeked my head in to ask if everything was okay. I couldn’t see his face but he was saying yes, but I could see her face she was saying no, she was scared.”

The man said that the suspect then charged straight at him, still wielding the knife, so the man pulled out his gun and shot the suspect four times. Once the suspect fell, he and the clerk both called police.

“I don’t think I honestly had a choice. He already had a knife at her throat, he could’ve pulled out something bigger than what I had. Then, you would’ve had two people dead instead of one,” he said.

When police arrived, emergency medical teams transported the suspect — later identified as Lance Bush, a 26-year-old homeless man from St. Louis — to the hospital, where he died.

Bush is believed to have robbed at least one other gas station earlier that morning by holding a knife to the throat of the attendant and forcing her to give him money from the register. The black SUV he was driving had also been reported stolen on Friday.

“Taking somebody’s life is not an everyday thing, neither is saving someone’s life,” the man with the gun said.

When asked why he elected to confront the robber rather than call police from the safety of his vehicle, he replied, “Instinct I would say. Instinct that’s just it. I guess knowing that I’m protected, I can protect somebody else.”

Camping with the Foxes, 2022 Edition
CNN: Republican States Are Forcing Women to Have Babies!
National Archives issues response to Trump’s claim that Obama took 30 million pages of documents from the White House
The Polls Are Sending A Warning Signal To Republicans. Here’s What It Is
Female Athletes ‘Clear Losers’ in Biden’s Title IX Rule Change, Protesters Argue