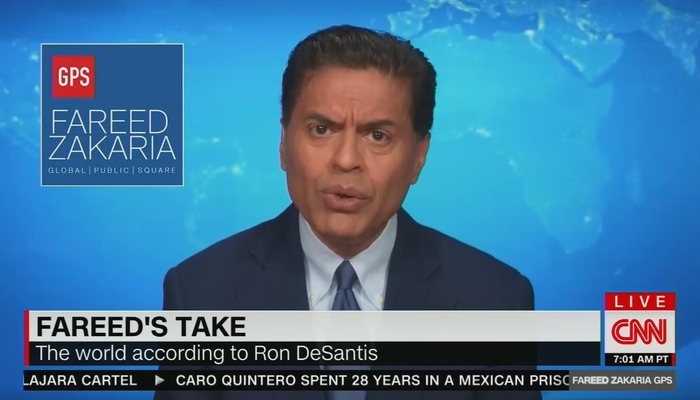 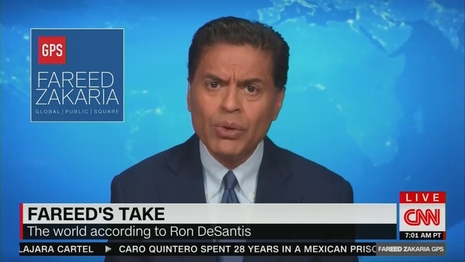 The Washington Post changed the headline of a column written Friday by CNN weekend host Fareed Zakaria which originally told Democrats to “forget pronouns” after backlash from leftists on Twitter. The original headline from the Thursday piece read ”Forget Pronouns: Democrats need to become the party of building things.”

According to the Post Millennial which summarized The Washington Post piece which is behind a paywall: “Zakaria listed of the myriad problems facing the US, from social problems to infrastructure to the economy. He then concluded: ‘This is not a perception problem. It is a reality problem. Democrats need to once more become the party that gets stuff done, builds things and makes government work for people. That’s a lot more important to most Americans than using the right pronouns.’  That currently is the only mention of the word ‘pronouns’ in the piece.”

The Post Millennial continues “Zakaria writes: ‘it has become very difficult to build anything in America, especially in blue states. President Barack Obama, who passed another big infrastructure bill in 2009, famously said later that ‘there’s no such thing as shovel-ready projects.’ That’s because, as New York Times columnist Ezra Klein has noted, the number of permits, reviews, and delays that have become part of the normal approval process have delayed or doomed the prospects of large-scale public projects. Democrats have become paralyzed by their own ideas and interest groups, and no one seems able to break through and actually get things done’.”

The backlash from leftists and trans activists was swift, most prominently from Chasten Buttigieg, the husband of Biden Transportation Secretary Pete Buttigieg who wailed that ”it is wildly inappropriate to instruct Democrats to toss aside an entire group of Americans in order to win.”

Addressing someone by the name/pronoun they prefer is free, easy, and kind. Using them builds community and belonging. Democrats can walk and chew gum. We can fix roads and build bridges while also making it a little easier to go about your life. That’s called freedom.

Parker Molloy, who is apparently a writer and trans activist, accused Zakaria’s column of being deranged while revealing that she is the deranged one in this situation, (at least for the time being):

What the hell are you on about, @FareedZakaria? This is a truly deranged column. pic.twitter.com/uxJssGkfHT

According to the Post Millennial, “as of 5 pm on Friday, the headline of the article had changed to include no mention of pronouns in the title.” Even worse, “this correction was not noted in the article, it was simply scrubbed clean.”

Instead of standing firm against the woke mob, Zakaria groveled at the feet of the LGBTQ bullies like Chasten Buttigieg: ”I hope it is clear that I am NOT arguing against any minority groups. (I belong to several myself.) I am arguing against giving Republicans an easy way to demagogue and divert attention. If the Democrats are wiped out in the midterms, it will not help these embattled groups any!”