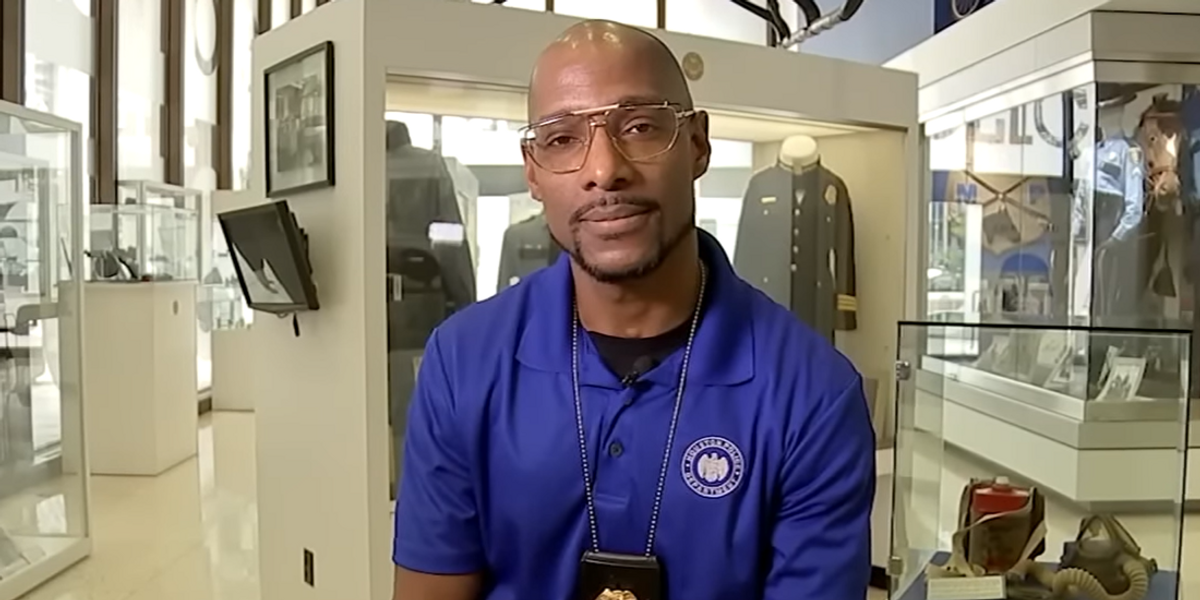 A Houston cop is being lauded as a hero for thwarting a possible mass shooting at a Texas mall.

The worrisome incident took place in February, but Houston Police Sgt. Kendrick Simpo is just now speaking about how he may have prevented a massacre.

On Feb. 5, Simpo was working an extra job at The Galleria mall in Houston’s Uptown District when he received a call about a man wielding a rifle near the Macy’s retail store.

Simpo and a security guard rushed towards Macy’s, but along the way, there was a dance competition inside the mall with hundreds of children and adults. The crowd was only a few hundred feet away from Macy’s.

“I did know there was a dance competition with little kids going on at the Westin Ballroom, so I didn’t pull my weapon out because I didn’t want to be running towards the Macy’s area, which is past the ballroom area, with the gun out and startle anyone,” Simpo told KTRK-TV.

Simpo, 41, scanned the mall and identified the suspect – later identified as Guido Herrera. The suspect was armed with a rifle in one hand, a Bible in the other, and wearing a shirt with the Punisher logo along with a leather mask with spikes.

“I knew if a person did have a rifle, and they were inside the mall, I was pretty much outnumbered because all I had was a handgun at the time,” he said. “My handgun and his rifle, I was already at a disadvantage.”

Simpo – who has worked off-duty security jobs at the mall for nearly a decade – fearlessly engaged the suspect.

“I could possibly be shot, and it was going to hurt, but that’s when the fight or flight kicked in. I decided to fight,” Simpo told the Houston Chronicle.

“I quickly bum-rushed, tackled him. And my first reaction was to make sure that I get a hold of the rifle. No matter what I grabbed, make sure I grabbed that rifle,” Simpo explained. “I had in my mind I was going to get shot. I just had to bear the pain, I knew it was going to hurt, and I was like, ‘Whatever I do, I cannot let go of this rifle.'”

Simpo overpowered Herrera and forced the rifle upwards to prevent anyone from being shot. Others helped pin down Herrera, and he was arrested without a single gunshot being fired.

Law enforcement found Herrera carrying a rife, a handgun, and 120 rounds of ammunition.

However, Herrera did not actually point the weapon at anyone or fire the weapon, so he was only charged with a misdemeanor.

Then on March 18, Herrera went to the Houston FBI headquarters. He demanded to meet with the director of the agency. He had a gun in the car during the exchange with authorities. Herrera was again charged with a misdemeanor because he did not fire the weapon or point the firearm at anyone.

Simpo said, “I definitely know what I signed up for 20 years ago when I got into this profession.”