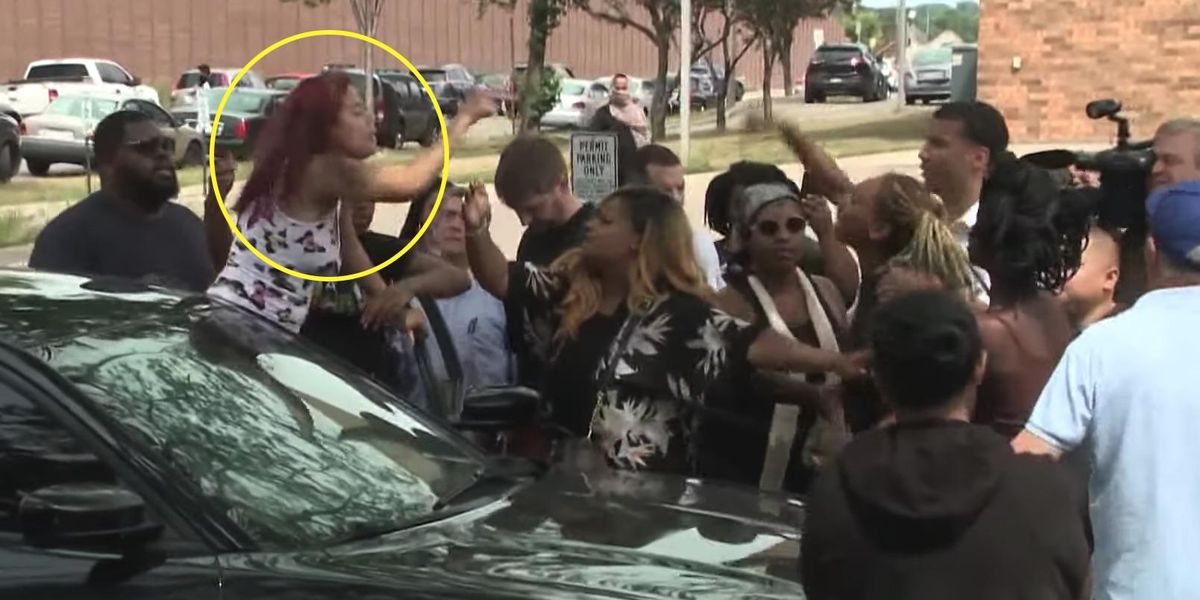 A Minneapolis woman confronted protesters on Saturday for gathering in her neighborhood to demonstrate after the fatal police shooing Andrew “Tekle” Sundberg.

But the woman had a very good reason for voicing her displeasure with their protest: Sundberg, according to the woman, tried to kill her in an incident that preceded his hours-long standoff with police.

Police officers responded to a Minneapolis apartment complex last Wednesday after a resident, Arabella Foss-Yarbrough, called 911 and reported that someone had fired gunshots into her residence.

After law enforcement evacuated Foss-Yarbrough, her children — 2 and 4 years old — and other residents, police urged Sundberg to surrender, negotiating with him for 6 hours. Then, early Thursday morning, police snipers fatally shot Sundberg.

Police have not yet said why they used snipers to end the standoff. Sundberg’s family and friends said he was experiencing a mental breakdown.

What happened over the weekend?

Protesters gathered outside the apartment building where Foss-Yarbrough and Sundberg lived on Saturday, demanding answers for what they believe is yet another unjustified police killing, the Minneapolis Star-Tribune reported.

At some point during the demonstration, Foss-Yarbrough forcefully confronted the protesters.

“My kids have to deal with this and probably have a mental illness now because they almost lost their lives,” she said. “There’s bullet holes in my kitchen because he sat in the f**king hallway watching me move.”

When a protester condemned Foss-Yarbrough for voicing her frustrations, Foss-Yarbrough emphasized why she was upset. “He tried to kill me in front of my kids,” she said.

u201cThings boiled over during Saturdayu2019s rally and march for Tekle Sundberg, when the 24 year old woman who says he was shooting into her apt. showed up voicing her frustration with those gathering in front of her building on Sundbergu2019s behalf. @kare11 * video contains profanity *u201d

“We’re here to respect life, demand justice, and we’re demanding the release of the body cam footage,” he said during the protest, the Star-Tribune reported.

“No information has been provided as to why Tekle, who officers had isolated for hours, suddenly needed to be executed,” the attorneys said in a statement. “We call on the Minneapolis Police Department to immediately provide the family with the video evidence and other information necessary to answer this question.”