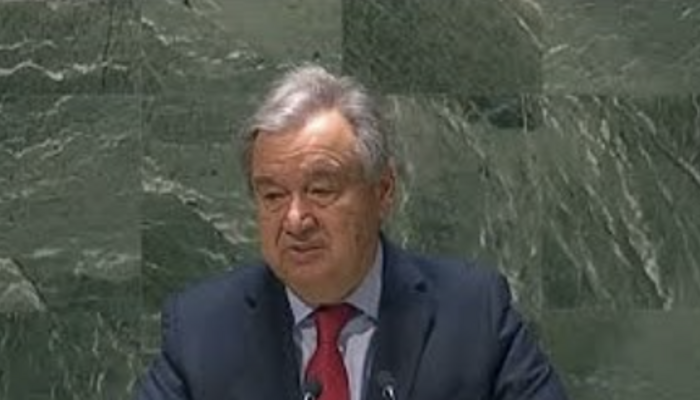 UN Secretary-General António Guterres has a message for the world: fighting back against misinformation is “a matter of life and death.”

Guterres told the UN Security Council that reliable information is a human right.

“Communications is not a side issue or an afterthought,” Guterres said, calling strategic communications “central to the success of all our work.”

He said that so-called “misinformation” is not just a weapon.

“The weapons they wield are not just guns and explosives,” he claimed. “Misinformation, disinformation, and hate speech are increasingly being used as weapons of war” with a precise aim “to dehumanize the so-called other, threaten vulnerable communities – as well as peacekeepers themselves – and even give open license to commit atrocities.”

Instead, Guterres stressed that information provided to the public at large must be “grounded in evidence, based on verified data, open to dialogue, rooted in storytelling, and delivered by credible messengers.”

Guterres seems to believe that working with Big Tech companies to stop “disinformation” is the solution.

“The United Nations must play a more deliberate role as an information actor in conflict environments…[and] seen as a trusted source by…facilitating inclusive dialogue, demanding the removal of harmful speech, calling leaders to account, and promoting the voices of peace and unity.”