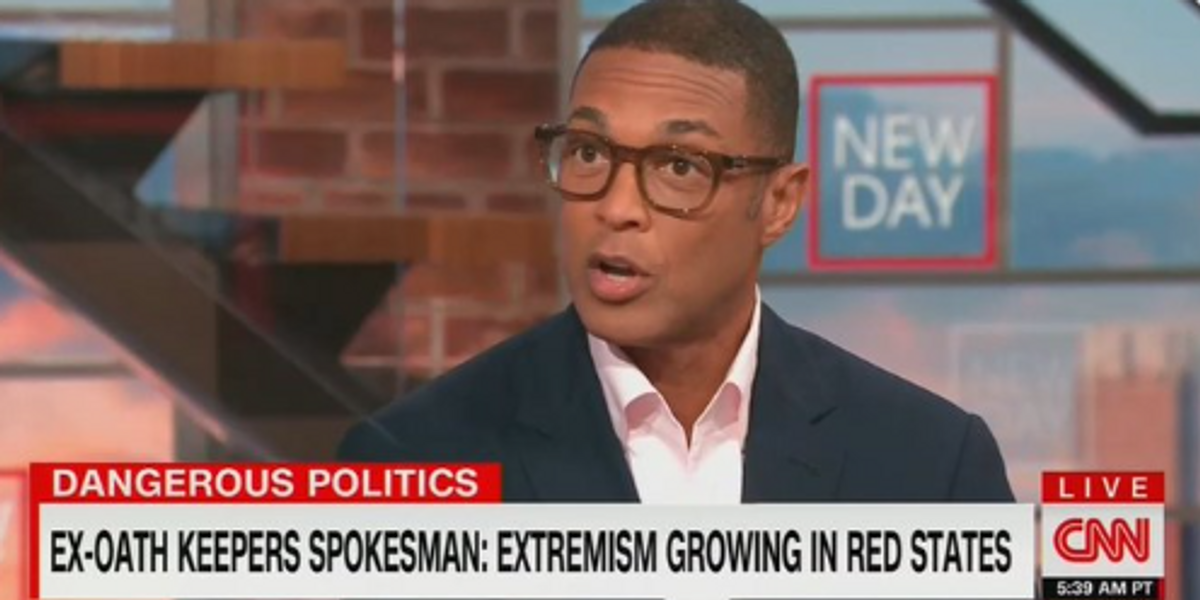 But CNN primetime anchor Don Lemon said he just wouldn’t be doing his job if he treated Democrats and Republicans the same, after all, the GOP is really “very dangerous.”

“Speaking very soberly about the realities of America and American politics right now — we sit around and we talk about these things and we want to give this false equivalence to Democrats and Republicans. That is not where we are right now. Republicans are doing something that is very dangerous to our society and we have to acknowledge that. We have to acknowledge that as Americans. We must acknowledge that as journalists because if we don’t we are not doing our jobs,” Lemon told “New Day” hosts John Berman and Brianna Keilar.

u201cThe real shocker here is that Don Lemon thinks CNN and other news networks currently cover Republicans and Democrats fairly and equally. nn”We u2014 we want to give this false equivalence to Democrats and Republicans.”n nHe’s either a liar or an imbecile.u201d

On “The News and Why it Matters,” BlazeTV host Sara Gonzales, Eric July and Lily Kate discussed Lemon’s claim that journalists can’t treat Republicans equally because they’re “dangerous” even as CNN’s new management tries to steer the news network away from sowing further division in the American political discourse.

Watch the video below. Can’t watch? Download the podcast here.

Want more from The News & Why It Matters?

To enjoy more roundtable rundowns of the top stories of the day, subscribe to BlazeTV — the largest multi-platform network of voices who love America, defend the Constitution and live the American dream.