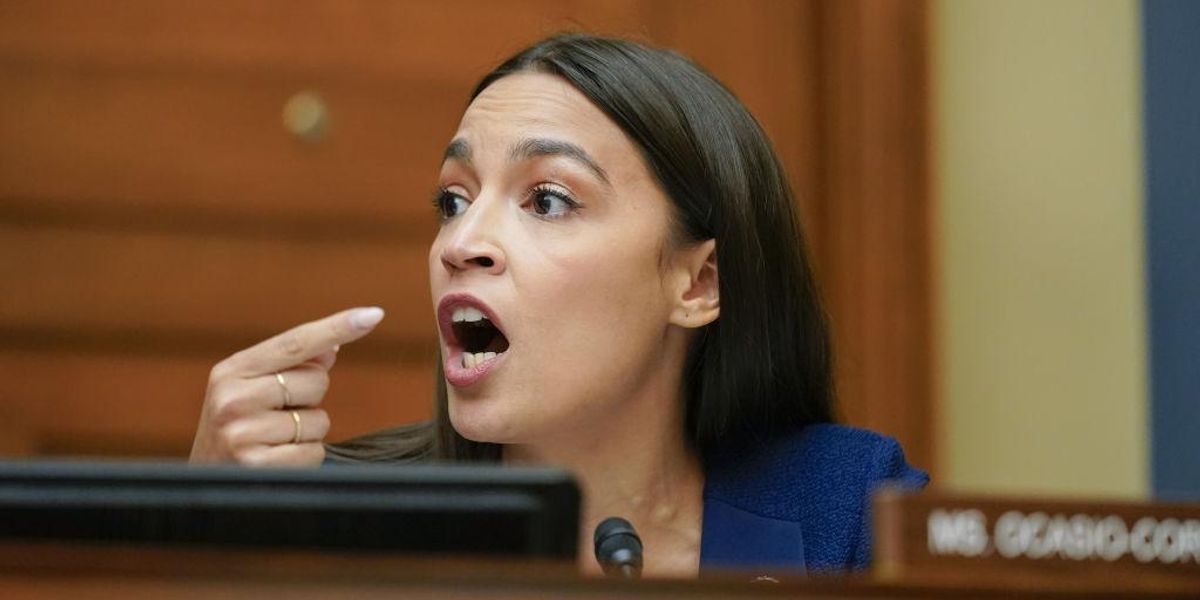 A group of House Democrats has joined together in a letter urging House Speaker Nancy Pelosi (D-Calif.) and Senate Majority Leader Chuck Schumer (D-N.Y.) to support an effort to block the Supreme Court from scrutinizing the constitutionality of the Women’s Health Protection Act, a piece of pro-choice legislation. They want to block the high court from scrutinizing their plans on other issues as well.

“We write to urge your support for restricting the Supreme Court’s appellate jurisidiction in the areas of abortion, marriage equality, non-procreative intimacy, and contraception,” the liberal lawmakers wrote. “In doing so, we can ensure that, as Congress takes legislative action to codify each of these fundamental rights, a radical, restless, and newly constituted majority on the Court cannot further undermine the protections we would enact.”

u201cCongress is granted the authority to remove the Supreme Courtu2019s jurisdiction under Article III. To protect marriage equality, contraception, and more, we need to limit the power of the far-right Court thatu2019s already overturned Roe v. Wade.u201d

Leftists have been up in arms about about the Supreme Court decision issued last month that enabled states to ban abortions. Liberals were also disturbed by Justice Clarence Thomas’s concurrence in which he suggested that the high court should eventually strike down other decisions including the Obergefell v. Hodges gay marriage ruling.

Thomas wrote that “in future cases, we should reconsider all of this Court’s substantive due process precedents, including Griswold, Lawrence, and Obergefell.” He also wrote that, “After overruling these demonstrably erroneous decisions, the question would remain whether other constitutional provisions guarantee the myriad rights that our substantive due process cases have generated.”

In their letter, the left-wing lawmakers claimed that Congress can restrict the Supreme Court’s appellate jurisdiction over legislation.

“The solution is to prevent the Supreme Court from reviewing the constitutionality or legality of the WHPA, which can be done in the next version of the WHPA that we pass this term,” the letter says. “Alongside the WHPA, similar provisions must be included in our bills that seek to codify Americans’ fundamental rights to marriage equality, non-procreative intimacy, and contraception.”

“As we Democrats plan for further legislative action to protect and enshrine abortion rights, as well as the three other fundamental rights called into question in Justice Thomas’ concurring opinion in Dobbs, we urge the exercise of Congress’ constitutional powers under Article III to include language that removes the Supreme Court’s appellate jurisdiction over such legislation. Congress can instead assign exclusive appellate jurisdiction to another federal court, such as the D.C. Circuit.”

Why So-Called Inflation Reduction Act Doesn’t Reduce Inflation
Salman Rushdie in surgery after he was stabbed in neck and abdomen, police say
Clothing subscriptions like Stitch Fix were once hot – but now might be the victims of ‘box fatigue’
American Teen Allegedly Caught At The Border With Enough Fentanyl To Kill Millions
Brother of Marine killed in Afghanistan withdrawal commits suicide at memorial for fallen soldier