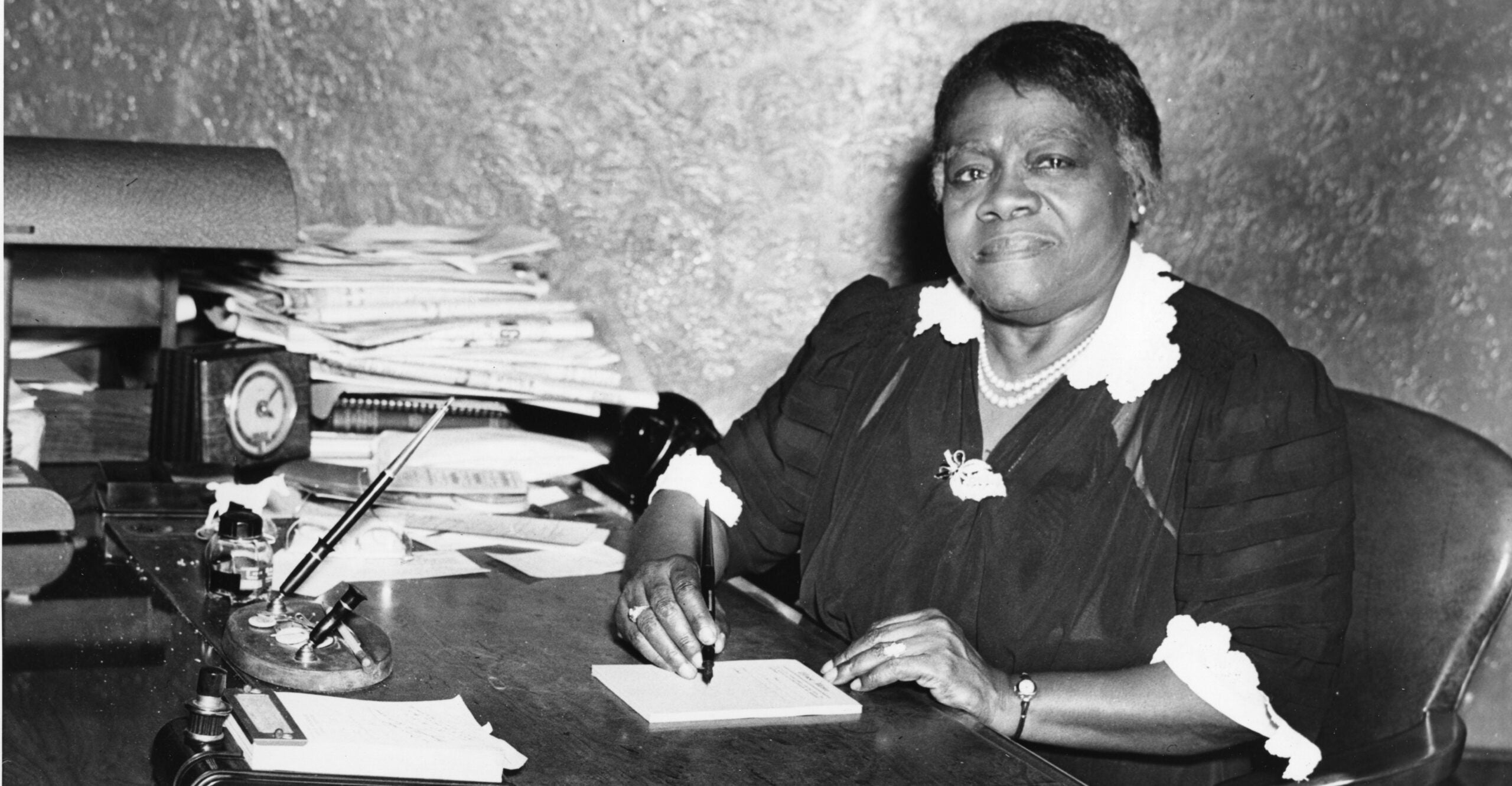 The next day, a Heritage Foundation panel convened to discuss the legacy of Bethune and what her work means today to Americans, as well as the future of education in this country.

Bethune, a celebrated civil rights leader, founded Bethune-Cookman University in Daytona Beach, Florida, in 1904. Although the school became a historically black college, it began as an all-girls school.

Bethune went on to become a prominent national advocate of education for black Americans. She died in May 1955, a month before turning 80 and almost exactly a year after the Supreme Court’s landmark school desegregation ruling in Brown v. Board of Education.

The new statue in the Capitol depicting Bethune is the first to honor a black American and one of two representing citizens of Florida.

Heritage President Kevin Roberts, who introduced the panel discussion Thursday, said Bethune is a powerful figure in the history of American education.

“Bethune is for us, especially those who are educators, one of the luminaries in American education history. So not only should the people of Florida be very proud of her and her legacy, but all of us as Americans should be very proud,” Roberts said.

He said the nation faces major challenges in delivering high-quality, student-focused education to young Americans, and that the goal should be to bring that to everyone, regardless of ZIP code.

The good news is that with the legacy of people like Mary McLeod Bethune, thinking about the private girls school she started in Daytona Beach, which of course became one of the great historically black universities in this country, Bethune-Cookman University, we have inspiration that all of us—regardless of what we look like, what political party we belong to, where we live—should take.

Rep. Byron Donalds, R-Fla., also spoke before the panel discussion and explained what Bethune’s legacy meant to him.

Donalds said that Bethune’s statue in the Capitol is an honor because “she was a pioneer when being a pioneer was not only hard—she was persecuted—but she stood strong anyway because she believed in the future of all Americans.”

“She believed in what America could be,” he said.

William Mattox, director of the J. Stanley Marshall Center for Educational Options at the James Madison Institute, said it’s fitting that Bethune is being honored at this time.

The installation of her statue came a month after the Supreme Court’s 6-3 ruling in the case of Carson v. Makin that states may not prevent religious schools from receiving state tuition through public assistance.

If you think states should discriminate against religious schools, Mattox said, then you are for states “discriminating against schools like the one Bethune founded.”

Bethune-Cookman University is affiliated with the United Methodist Church.

Optima Foundation President Erika B. Donalds, who is the wife of the Florida congressman, spoke about the incredible growth of school choice programs in Florida and other parts of the country, where they serve more students than ever.

Donalds, who founded a school district in Florida, said education reformers need to do a great deal more work.

“We need complete education freedom so that every parent can customize the academic experience that’s going to help their children the most. And certainly we are on a trajectory there, but in my opinion not fast enough,” she said.

Ian Rowe, a senior fellow at the American Enterprise Institute who has founded many middle schools, spoke about the need to expand education opportunities.

“The reason I run schools … is that we want kids to know that they can do hard things, that there are pathways to success even in the most challenging situation,” Rowe said.

This attitude runs into the focus of much of the K-12 education system in modern America, Rowe explained:

What’s refreshing about Mary Bethune’s approach is that she had this huge focus on self-sufficiency and this idea of agency, and it would be so interesting to transport her to present day because I think there is an existential battle between this idea of agency and what is really dominant in K-12 education these days, which is equity.

Rowe said equity is about achieving equal outcomes for different racial and ethnic groups, but that often comes with lowering standards.

“This mindset is really dominant, and I think we need to almost have a refresh of this idea of agency,” the AEI scholar said.

Elaborating, Rowe said that doing so will require getting students to understand they’re not “alone carving out their pathway to success.”