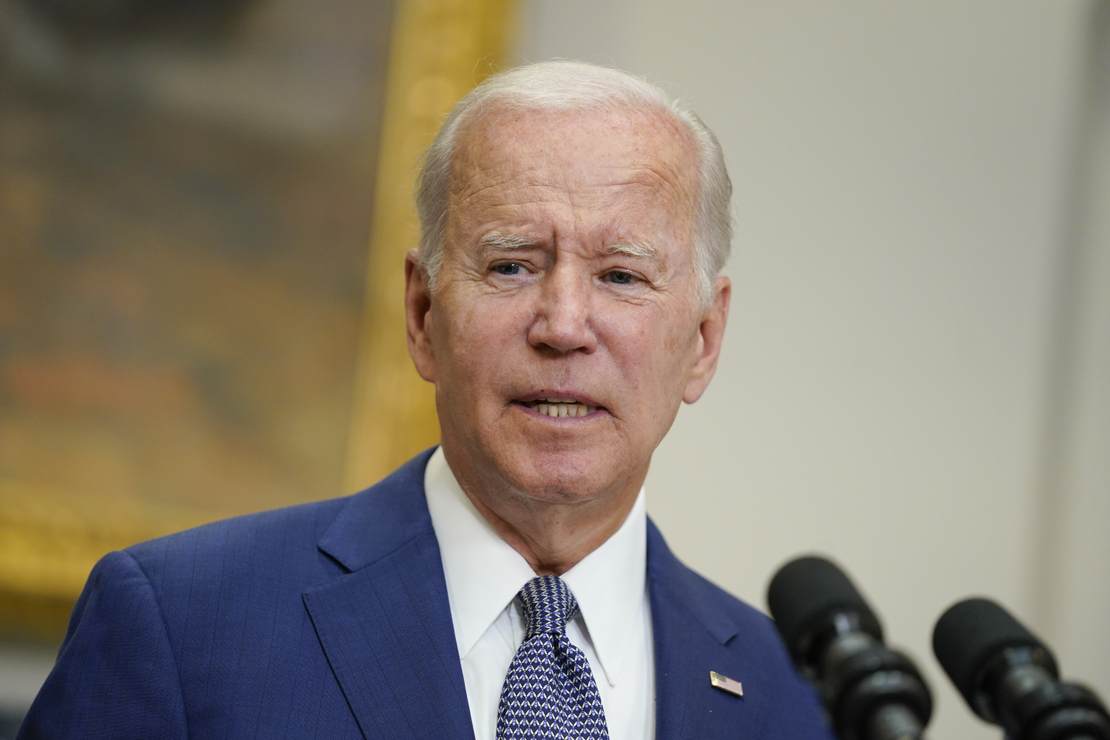 Just when you thought things couldn’t get any worse, Bidenflation strikes again!

On Wednesday, the Labor Department announced that inflation surged to 9.1% in June, the highest since November 1981. The new inflation rate was worse than the 8.8% rate that the Dow Jones had estimated.

With inflation now at a four-decade high, it would be nice to think that Biden might actually start taking the problem seriously. For months now, Biden has focused his energies on trying to blame others for inflation. He falsely claimed that “inflation started under Trump” or that it was caused by COVID-19, Big Oil, or the war on Ukraine.

It’s hard to believe, but this was progress compared to last year when Biden was in utter denial that inflation was a problem. Remember when Biden told us that inflation would be “transitory” and not to worry about it? Oops. Though my favorite talking point of Biden’s was his hilarious claim that inflation “is a good thing.”

Biden certainly isn’t using that line now, but his reaction was hardly one that should give anyone hope that there’s a light at the end of this dark tunnel. Biden did acknowledge that the latest inflation reading is “unacceptably high,” but absurdly deflected by claiming the data is “also out-of-date.”

“Energy alone comprised nearly half of the monthly increase in inflation. Today’s data does not reflect the full impact of nearly 30 days of decreases in gas prices,” he said before pointing out that gas prices have gone down about forty cents since mid-June.

“Those savings are providing important breathing room for American families,” he claimed. The national average price for a gallon of gas was $2.38 when Biden took office and $3.53 when Russia invaded Ukraine. So, yeah — that 40 cents off a gallon is helping us live like kings!

“Inflation is our most pressing economic challenge,” he conceded before launching into his “it’s happening in other countries, too” spiel and, of course, blaming Putin.

“It is hitting almost every country in the world. It is little comfort to Americans to know that inflation is also high in Europe, and higher in many countries there than in America.”

Last month, Biden got busted for falsely claiming that inflation was hitting other countries worse than America to deflect blame away from him.

“We’re in a stronger position than any nation in the world to overcome this inflation,” Biden claimed. “If it’s my fault, why is it the case in every other major industrial country in the world that inflation is higher?”

The problem with his claim was that Germany, France, Japan, India, Canada, Italy, and Saudi Arabia all had lower inflation rates. Oops.

After making a flurry of excuses for why the inflation report was out of date, Biden then pivoted to assuring us that he, like, totally truly wants to do something about inflation now. “Tackling inflation is my top priority,” he claimed.

It’s hard to take Biden seriously that inflation is a top priority when the White House devotes so much time to crafting bogus talking points about who else is to blame for inflation or how inflation is supposedly worse elsewhere and then calling on Congress to enact price controls — which, I dare say, won’t get far in Congress.

So in the end, nothing has changed even now that inflation is at a four-decade high. He’s just doing the same thing as he always does: playing the blame game.

Things are going to get a lot worse before they get better.

FBI search of Donald Trump’s home ‘would make third-world dictator blush’
CNN Reporter Ends Her Broadcast Outside Mar-a-Lago After “Fake News Is CNN” Sign Appears in Background
Fascists and Liberals Don’t Want to Label Biden FBI’s Storming of Mar-a-Lago a “Raid”
Why has the FBI raided Trump’s estate – and what are they investigating?
Joe and Hunter Biden Staying in $20 Million South Carolina Beachfront Mansion *For Free*