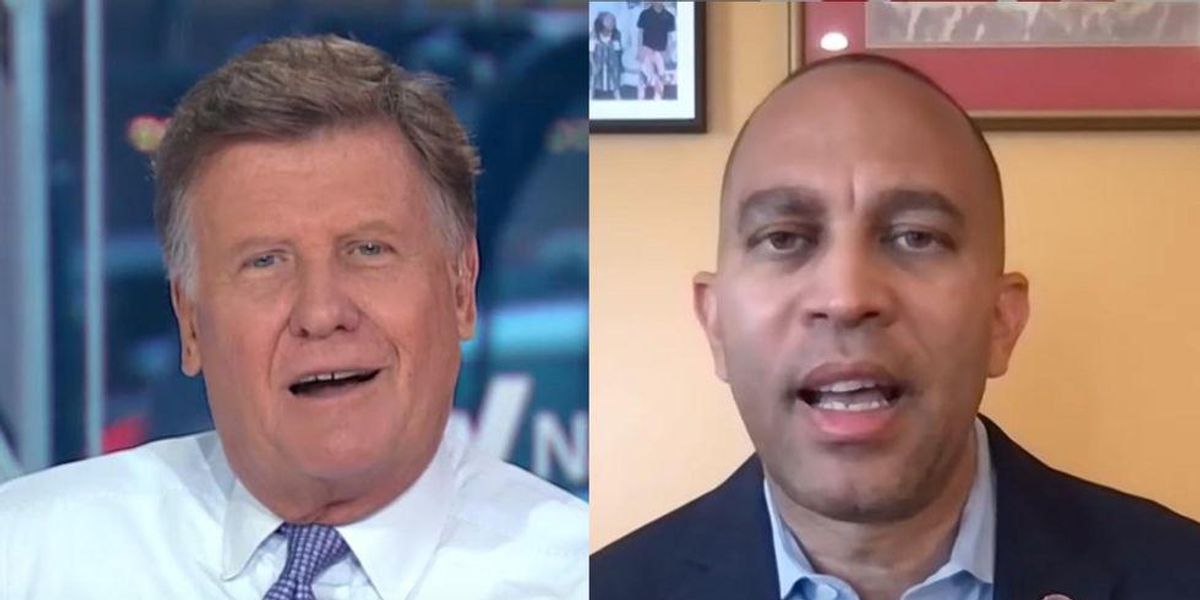 Democratic Rep. Hakeem Jeffries of New York appeared on Kernen’s show on Tuesday just ahead of a new report that showed inflation worsening instead of improving. Jeffries tried to offer talking points as an excuse for inflation, but Kernen bulldozed through them and pressured him to take responsibility.

“You don’t take any responsibility? It’s just all a ‘Putin price hike’?” he added.

“Yeah, part of the challenge domestically in terms of production is that the oil and gas companies have refused to actually act on the permits to drill that they currently …” Jeffries began to respond.

Kernen blasted the talking point as a “red herring” and explained why he thought the excuse was unreasonable.

“So there’s leases. There’s, you know, there’s also just the overall pressure from ESG and the green lobby about whether an oil company is going to make plans five or 10 years down the road when, you know, a large part of the population wants to put them out of business completely,” Kernen said.

Jeffries went on to blame corporations for their high profit margins which didn’t persuade Kernen much.

On Wednesday, the Labor Department issued its latest consumer price index report that found inflation in June rising to 9.1% on an annual basis. The stock market dropped farther as a result of the report that many took as a sign that the economy was sinking into a recession.

Many economists say that the high spending policies of the Democrats worsened inflation despite other causes like the pandemic and the invasion of Ukraine. A recent poll found that many Americans were unconvinced by the excuses the Biden administration was making for high inflation.

Here’s part of the video of Kernen debating Jeffries:


Rep. Jeffries on the state of inflation legislation