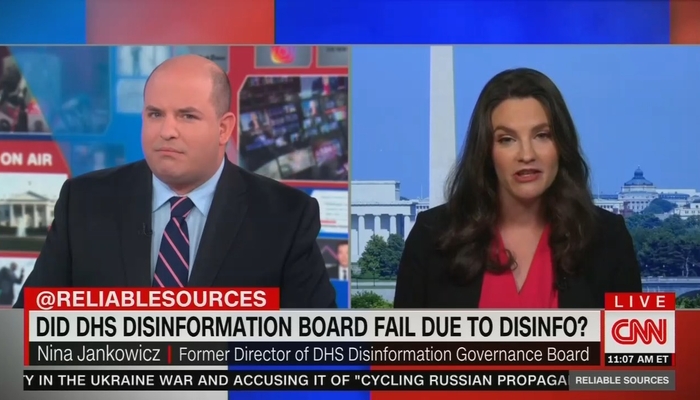 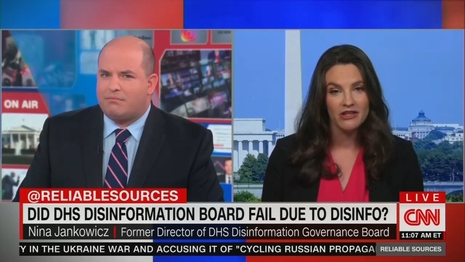 The liberal media paint themselves as the forces of Truth, and the conservatives as an army of misinformation. On his Sunday show, CNN host Brian Stelter brought on former “Disinformation Governance Board” leader Nina Jankowicz and asked softball questions about her feelings, and sugggested she was wronged by the right-wingers. The only tough questions dwelled on how the Department of Homeland Security didn’t fight the conservatives hard enough.

MRC analyst Kevin Tober joins the show to discuss Stelter, as well as Jake Tapper’s forceful questioning of Gov. J.B. Pritzker (D-Illinois), asking why a mass shooting in the suburbs is a much bigger deal than daily murders in the city of Chicago. (Hint: the pols are only following the lead of the media.)

There’s also Chuck Todd getting savaged by liberal Twitter for daring to point out the fact that Biden’s in political peril, and CBS pressing Vice President Kamala Harris from the left on why the Biden team isn’t pro-abortion enough.

The Biden Administration Brings On the Authoritarianism
FBI searches Donald Trump’s Mar-a-Lago estate, former president announces
After years of rapid growth, the housing market is showing clear signs of slowing down
Documents Reveal Collusion Between CDC, Big Tech During Pandemic
These Americans Are Most Likely to Be Audited by IRS Under ‘Inflation Reduction Act’