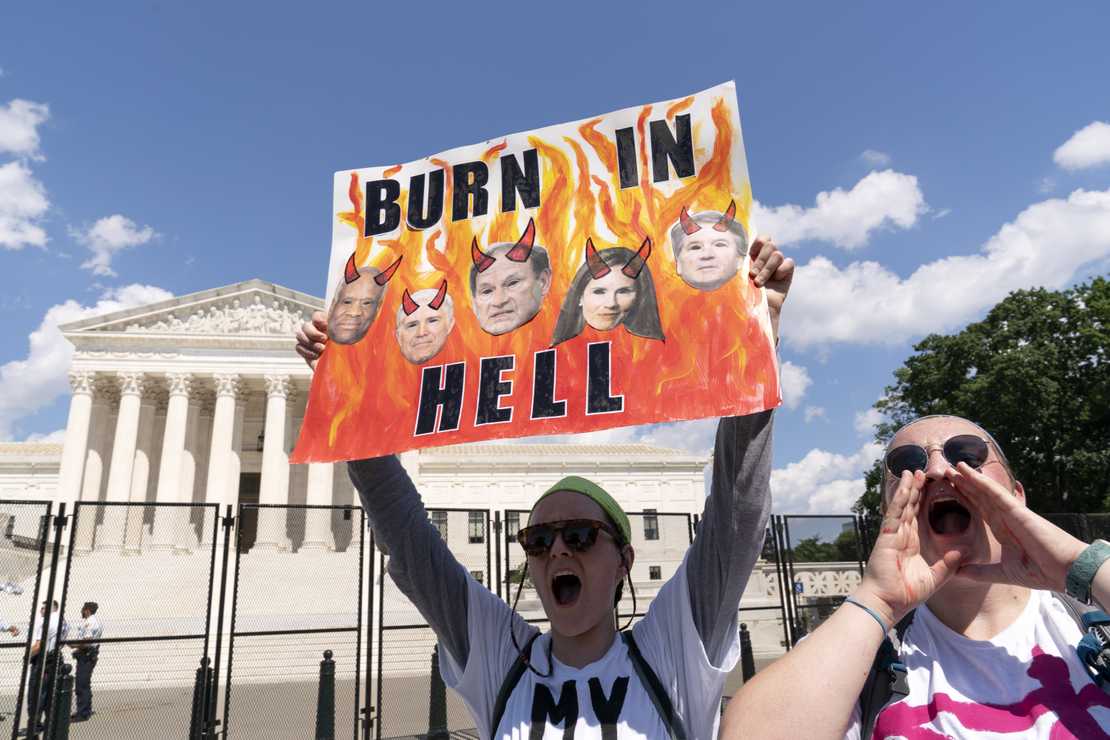 I try not to underestimate my political opponents, but on an almost daily basis, I find it hard to give them the benefit of the doubt.

Now, granted, it’s probably not a bright idea to give too much credence to people who, under normal circumstances, can’t define what a woman is—except in the context of the abortion debate. However, given the left’s passion for this particular issue, it’s reasonable to assume that when the Supreme Court makes a ruling, they’ve actually done their homework on it.

Let me explain what I mean. In the aftermath of the Dobbs v. Jackson Women’s Health Organization ruling by the Supreme Court, if you listened to the rhetoric of pro-abortion leftists, you would think they were convinced that abortion had suddenly become illegal in the United States. You can’t go on social media without some abortion activist bemoaning the Supreme Court and acting as if women have suddenly been turned into second-class citizens from sea to shining sea and had their rights taken away.

I have a friend who recently told me she wants to move to Canada. When I asked her why, she said because the United States hates women. Keep in mind, she lives in New York State, and Governor Kathy Hochul has made every possible effort to inform the citizens of New York that abortion is still legal and “safe” here. Heck, the other day, I heard an advertisement on Spotify on this point.

My friend quickly expressed a desire not to continue the conversation, knowing my position on the issue—and for the sake of our friendship, it was probably a good idea to move on. Still, I can’t help but wonder if she understands that literally nothing will change in this state in which we live.

But what about other states? Some will be more restrictive than New York, but most states that restrict abortion will likely impose restrictions in line with mainstream views. According to the latest Harris/Harvard national poll, nearly half of the country (49%) supports a ban on abortions after six weeks gestation—similar to the recently-passed Texas law—and almost three-quarters (72%) support a ban on abortions after 15 weeks gestation—identical to the Mississippi law that was challenged in Dobbs.

New polling data out on #Dobbs:

There are plenty of leftists who most likely know that regulating abortion has been put back in the hands of the states but pretend otherwise to raise money for pro-abortion Democrats and motivate the base. Abortion activists have a vested interest in making people believe that abortion has been outlawed in the United States. But this is something that, in relatively short order, the gullible left will realize isn’t true. They’ll also recognize that states that ultimately impose restrictions on abortion will likely do so in line with mainstream views. Make no mistake about it, support for abortion on demand up until the moment of birth is an extreme leftist position that does not reflect Americans’ views on abortion, nor would limiting it impact the majority of abortions. According to the Guttmacher Institute, 89% of abortions are performed in the first 12 weeks of pregnancy, while a mere 1.3% are performed after 20 weeks.

For most of America, very little is likely to change. Of course, the Dobbs decision may inconvenience the abortion industry slightly, but they will survive—unlike the children they abort.