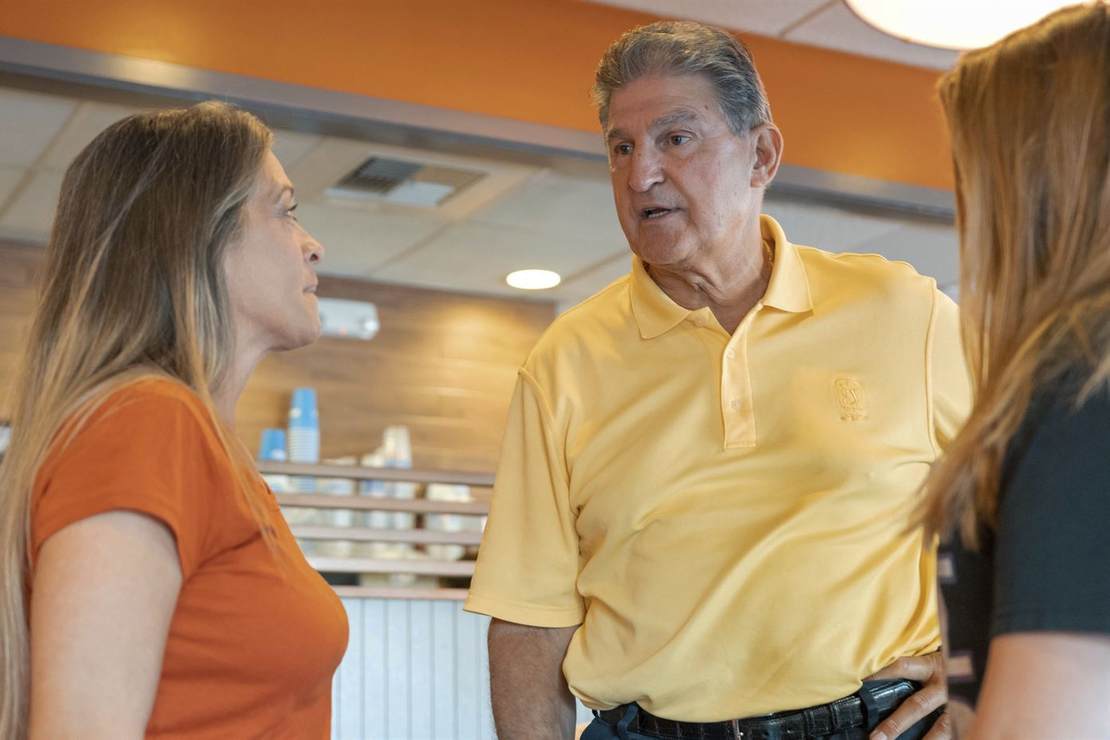 A new sense of optimism — and urgency — has set in among party lawmakers nearly seven months after their last attempt to pass a sweeping bill ended in stunning defeat. Piece by piece, Democratic leaders in recent days have started reconstructing their economic ambitions as they race to deliver on a staple element of President Biden’s agenda before the midterm elections in November.

So far, top Democrats have worked out with Manchin new agreements that would cut drug costs for seniors, improve the financial health of Medicare and close a tax loophole that benefits the wealthy. They even have advanced talks around addressing the challenges posed by a faster-warming planet, raising the prospect that they can secure a limited initiative to penalize methane emissions.

It’s now all about what Manchin will agree to. Gone are the cap-and-trade schemes and “the social cost of carbon.” Instead, Democrats will look to give tax credits and charge fees to producers and emitters.

And Democrats appeared to make progress around climate policy, one of the fiercest areas of division between them and Manchin, who represents coal-heavy West Virginia. Lawmakers for months have haggled over ideas including new fees on producers of methane gas, a major contributor to global warming. In recent days, though, Democrats have discussed scaling back the penalties to a smaller number of energy producers, as Manchin has sought.

The two sides remain divided over Democrats’ plans to pay the producers of clean energy, a policy known as direct pay, and give tax credits to people who buy electric vehicles. To assuage Manchin, party leaders recently have sought to scale back earlier initiatives on direct pay to cover only nonprofits and state-owned facilities. And they have weighed whether to restrict any tax credits for EVs so that they don’t benefit high earners. In the end, the talks could yield a climate package around $300 billion to $350 billion, two people familiar with the matter, who spoke on the condition of anonymity, said. The sources added they hope to complete negotiations around climate policy this week.

The two sides are close on a number of issues. But it’s usually at this point where the negotiations collapse. Manchin’s West Virginia constituents are suffering from high inflation, and while no hard number has been connected to the new legislation, most estimates put it at close to $800 billion. That may be too high for Manchin, who mentioned a bill half that size last December.

Democrats believe that if they pass this slim-jim version of Build Back Better, voters will love them again and give them a fighting chance in November. Given enough free publicity from the lap dog press, it’s possible that their poll numbers will come up — at least until the next round of inflation numbers come out and voters go to the grocery store.

But Manchin has gone from a hard “no” to a “maybe” — just like many people predicted he would.