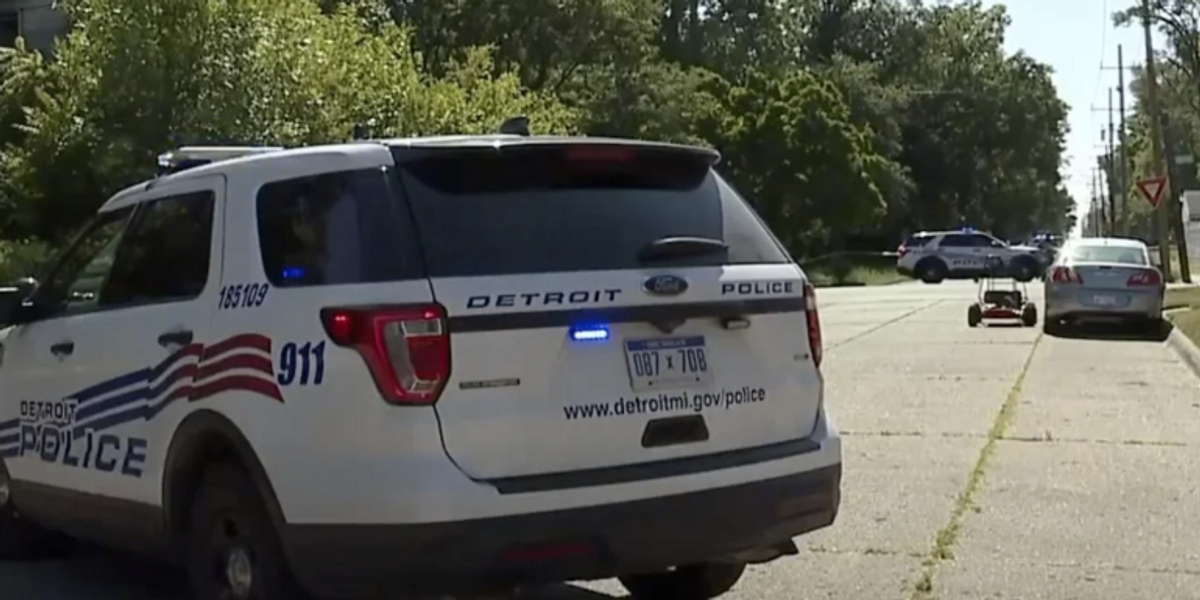 Detroit Police said that a 14-year-old boy accidentally shot his younger brother with an “uzi-style” gun on Sunday afternoon.

The incident happened at about 2:20 p.m. near the intersection of Alcoy Avenue and Fairmount Drive.

The older boy told the police that he was pushing an inoperable go-kart down the street with his brother when a wild dog came out of the woods and approached them. The boy pulled the “uzi-style” gun from under the seat of the go-kart and tried to shoot the dog, according to police.

Instead, the 12-year-old brother was shot in the ankle.

Police recovered the weapon from a nearby garage and the child was sent to the hospital.

“The child is in Stable condition he was shot in the ankle, pretty tough little kid, he was wandering around like nothing was happening. He was taken to St. John’s, hopefully he’s going to be just fine,” said Detroit police assistant chief Charles Fitzgerald.

Investigators said the parents are coopering with police but have said they don’t know where the kids obtained the weapon.

“How a 14-year-old can push a go car down the street with weapon an Uzi style, this isn’t a handgun, it’s an Uzi style with an extended magazine, terrifying,” Fitzgerald added.

Police said that a group of minors at a gathering in the Riverfront Towers were playing with a gun when it went off at about 4 a.m. on Sunday. A 14-year-old girl was shot in the neck and killed in that incident.

WXYZ-TV reported that 85 minors were shot in the city of Detroit in 2021.

Fitzgerald says that he’s lost count of how many have been shot so far in Detroit this year.

“The citizens of this city should just be outraged with this,” he told WXYZ. “And it’s horrible that I’ve lost count already, and we’re talking July of 2022.”

Here’s more about the shootings:

Man attacked a woman with a hammer, shot her in the face and then abducted her 10-year-old daughter, police say
Biden Will Get Billions To Spend On Green Programs. Here’s What Happened Last Time He Had That Money
Eric Trump Says Safe Cracked Open By FBI Was Empty (VIDEO)
What Happens When the Woke Rewrite History
President Joe Biden’s Schedule for Sunday, August 14, 2022