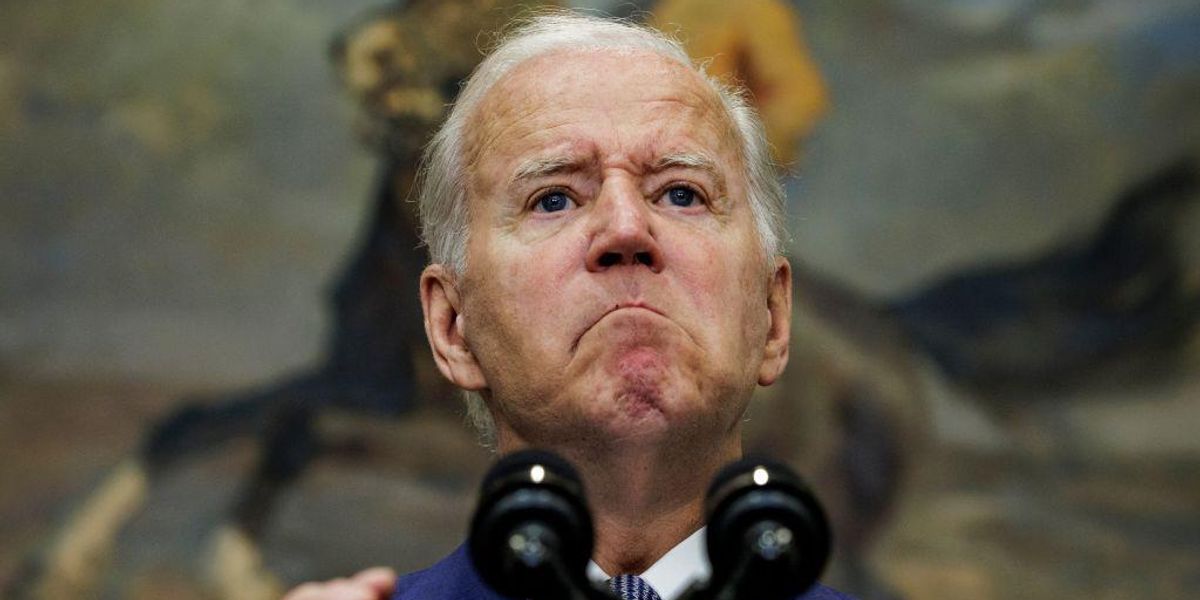 President Joe Biden spread a story of a 10-year-old rape victim who crossed state lines to get an abortion. However, some are questioning the veracity of the skeptically-sourced story.

During a gaffe-filled speech at the White House on Friday, Biden introduced an executive order to attempt to protect access to abortion. President Biden also told the story of a 10-year-old Ohio girl who reportedly needed to travel to another state to get an abortion after she was raped.

“Just last week, it was reported that a 10-year-old girl was a rape victim — 10 years old — and she was forced to have to travel out of state to Indiana to seek to terminate the pregnancy and maybe save her life,” Biden declared.

u201cBiden claims a 10-year-old was forced to travel across state lines to “terminate the presidency.”u201d

“So I’ll say this. Anything to do with the DOJ, that’s a – that’s a legal component,” Jean-Pierre replied. “I would refer you to the DOJ. I don’t have more to share on the identity of this young woman or the question that you just asked me. The President spoke to that young woman just to show how extreme the decision on the Dobbs decision was and just how extreme it is now for American public, the American families when there is no exception at all.”

Biden cited an Indianapolis Star article that was published on July 1.

The Indianapolis Star depended on a single source for the article – Caitlin Bernard, an Indianapolis obstetrician-gynecologist and devout abortion advocate.

“On Monday three days after the Supreme Court issued its groundbreaking decision to overturn Roe v. Wade, Dr. Caitlin Bernard, an Indianapolis obstetrician-gynecologist, took a call from a colleague, a child abuse doctor in Ohio,” the article claimed.

The article highlighted how Ohio instituted a trigger law banning abortions after six weeks hours after the U.S. Supreme Court overturned Roe v. Wade. The article noted that the girl missed the cutoff by three days.

The Indianapolis Star story garnered international coverage, and the story was picked up by the Daily Mail, The Independent, The Guardian, the Jerusalem Post, and MSNBC’s Maddowblog. CNN weaponized the story to confront South Dakota Gov. Kristi Noem (R) on her pro-life opinions.

On Saturday, the Washington Post cast doubt on the story.

“The only source cited for the anecdote was Bernard. She’s on the record, but there is no indication that the newspaper made other attempts to confirm her account,” wrote WaPo fact-checker Glenn Kessler. “The story’s lead reporter, Shari Rudavsky, did not respond to a query asking whether additional sourcing was obtained.”

Kessler pointed out, “Under Ohio law, a physician, as a mandated reporter under Ohio Revised Code 2151.421, would be required to report any case of known or suspected physical, sexual or emotional abuse or neglect of a child to their local child welfare or law enforcement agency. So Bernard’s colleague would have had to make such a report to law enforcement at the same time he or she contacted Bernard. Presumably then a criminal case would have been opened.”

However, no law enforcement agencies – on local, state, or federal levels – had reported a report or an arrest of the rape suspect of a 10-year-old girl.

Liberal-friendly fact-checker Snopes added, “As of this writing, Bernard had not returned our request for an interview, and we had not been able to independently corroborate the abortion claim.”

“A pregnant 10-year-old is evidence of a heinous crime against a child but in every article (and there are SO MANY) there is no mention of criminal investigation, no police involvement, not even a town where this allegedly occurred,” Fox wrote.

Also this week, Rep. Alexandria Ocasio-Cortez (D-N.Y.) allegedly spread misnformation regarding abortions when she claimed that ectopic pregnancies are illegal when they are reportedly legal in the entire United States.

The Washington Post concluded, “This is a very difficult story to check. Bernard is on the record, but obtaining documents or other confirmation is all but impossible without details that would identify the locality where the rape occurred.”

Kessler noted that with multiple international news outlets covering the alleged 10-year-old rape victim story, plus President Biden giving it credence that the story had acquired a “status of a ‘fact’ no matter its provenance.”