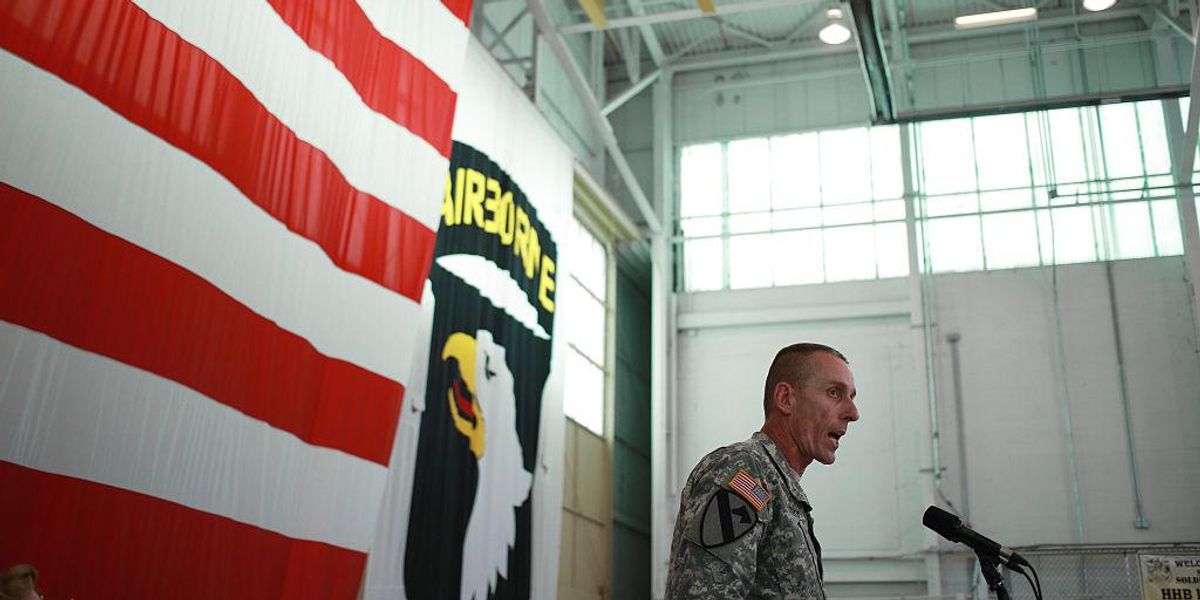 A retired three-star general has been suspended for replying to a Jill Biden tweet regarding abortion on Twitter.

Retired Lt. Gen. Gary Volesky was a former top spokesman for the Army and formerly in charge of the Army’s 101st Airborne Division. For his gallantry in Iraq, he was awarded the Silver Star – the third-highest military decoration for valor in combat.

Although he was retired, Volesky was working as a “highly qualified expert” and “senior mentor” – who was paid $92 an hour to advise active-duty officers, according to USA Today. Volesky’s position was a civilian role and not an active member of the military.

On June 24, the first lady reacted to the U.S. Supreme Court overturning Roe v. Wade by writing on Twitter: “For nearly 50 years, women have had the right to make our own decisions about our bodies. Today, that right was stolen from us. And while we may be devastated by this injustice, we will not be silent. We will not sit back as the progress we have already won slips away.”

u201cFor nearly 50 years, women have had the right to make our own decisions about our bodies. nnToday, that right was stolen from us. nnAnd while we may be devastated by this injustice, we will not be silent. We will not sit back as the progress we have already won slips away.u201d

Volesky sarcastically replied to Biden’s tweet: “Glad to see you finally know what a woman is.”

The tweet was a reference to Supreme Court Justice Ketanji Brown Jackson not being able to provide a definition of what a woman is since she is “not a biologist” during her nomination hearing in March.

Many liberals and Democrats have supported the idea that biological male transgender individuals can be women, thus have had difficulty answering the question: “What is a woman?”

Volesky has since been suspended. Lt. Gen. Theodore Martin – commander of the Combined Arms Center – suspended Volesky, according to Army spokesperson Cynthia Smith. The three-star general will remain under suspension while an “inquiry” occurs.