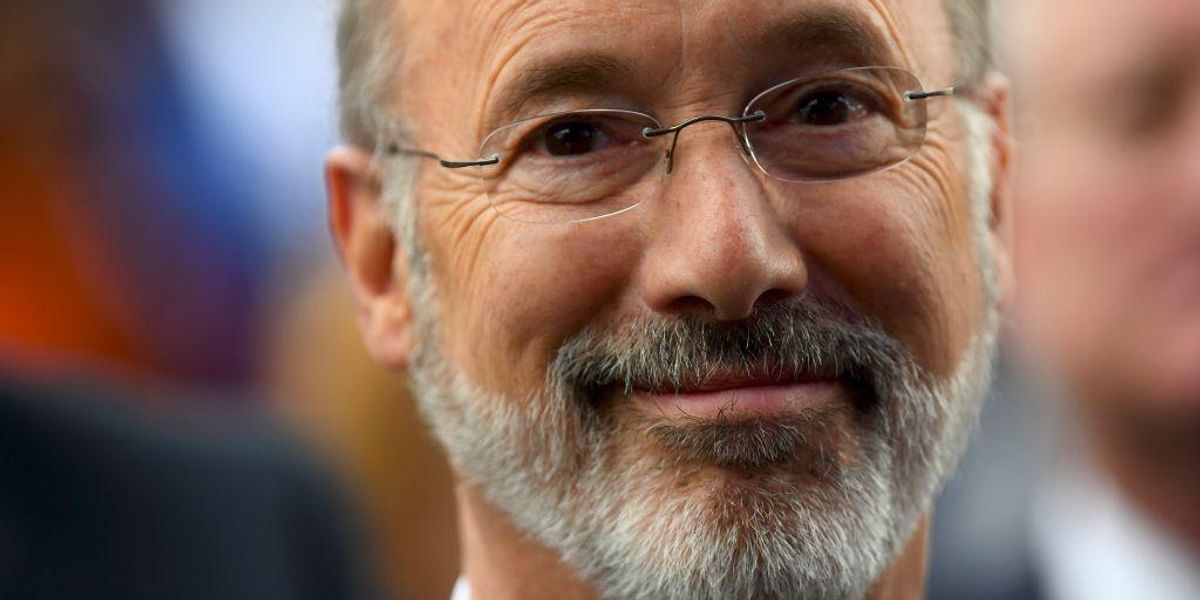 Pennsylvania Gov. Tom Wolf, a Democrat, has vetoed a bill to block biological males from participating in female athletics.

“I have been crystal clear during my time in office that hate has no place in Pennsylvania, especially discrimination against already marginalized youth representing less than half of 1 percent of Pennsylvania’s population,” Wolf said, according to a press release. “The fact that this bill passed through Pennsylvania’s Republican-led General Assembly solely to bully and oppress vulnerable children is atrocious. These members should be ashamed of themselves for proposing and voting on policies that are discriminatory, unnecessary, and incredibly harmful.”

The issue of whether to allow biological males to who identify as women to compete in sports designated for females remains an area of raging debate around the country.

But while many Americans reject radical leftist gender ideology, Wolf is appears to be completely on board with the reality-defying movement.

In addition to torpedoing the common-sense legislation to protect girls’ and women’s school sports on Friday, Wolf also thanked President Joe Biden “for prioritizing the health and safety of women and birthing people.”

u201cThank you @POTUS for prioritizing the health and safety of women and birthing people.nnI will continue to veto any attacks on reproductive health care that reach my desk here in Pennsylvania.u201d

Biden signed an executive order on Friday in which he called for the Health and Human Services secretary to deliver a report about possible ways to increase access to abortions and “the full range of reproductive healthcare services.”

The preposterous concept of “birthing people” has been adopted by the left as an inclusive way of referring to pregnant women who do not identify as women. But as the left relentlessly wages a revolution to redefine gender, the fact remains that the only people who can become pregnant and bear children are biological females.