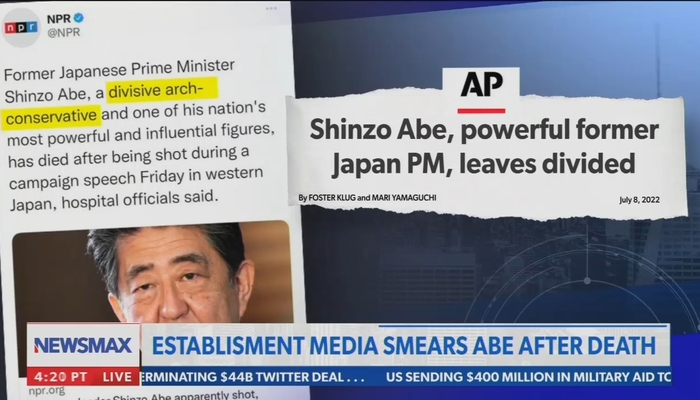 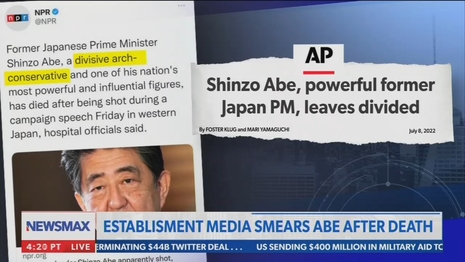 The shocking news of former Japanese prime minister Shinzo Abe being shot dead on Friday was matched by the shock that oh-so-civil National Public Radio would tweet out in the aftermath that Abe was a “divisive arch-conservative.” It drew enough criticism that NPR deleted the tweet.

Then they “fixed” it with a second tweet that labeled Abe an “ultra-nationalist.” This word came because the communists in China and North Korea didn’t like him.

Fidel Castro won warmer treatment from taxpayer-funded NPR. Their obit then merely called him a “Former Cuban Leader.” Not a dictator. He wasn’t “divisive” or “ultra-“anything. They found a man to praise Castro as “very promising, courageous, dedicated, intelligent” — enough to make you puke.

PBS aired a report when Venezuelan tyrant Hugo Chavez died comparing him in public esteem there to Simon Bolivar and….Jesus Christ. Enjoy the podcast below or wherever you listen to podcasts.