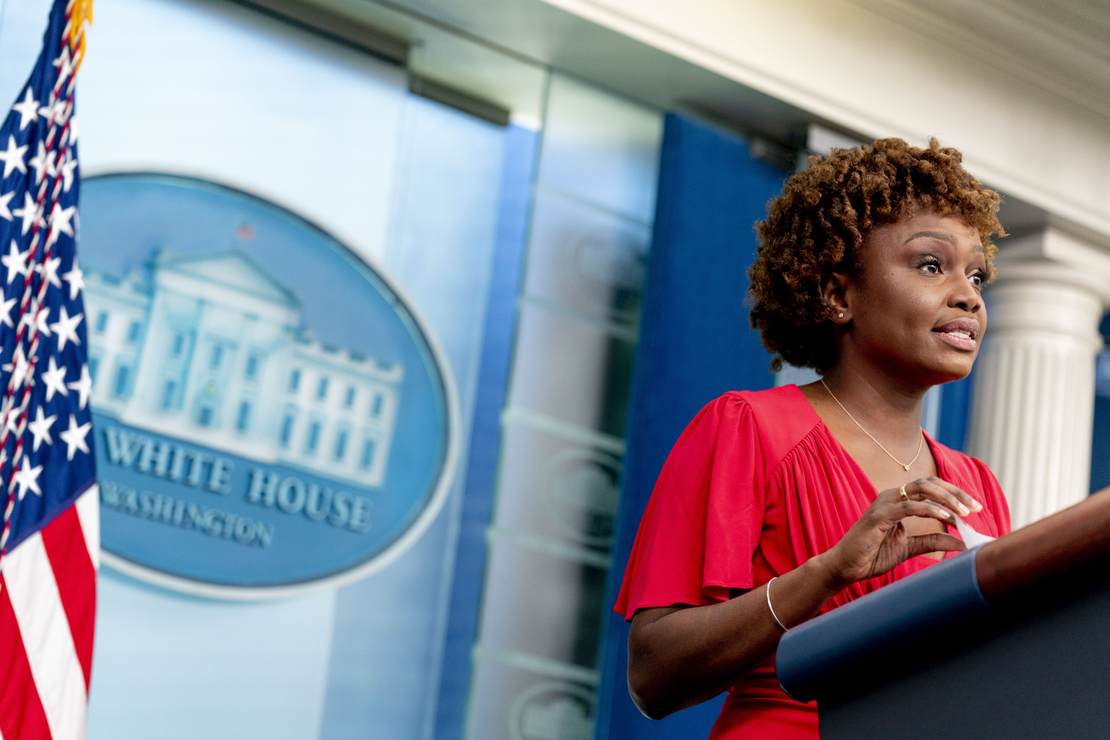 I don’t have to tell you that times are tough economically. Historic inflation, record gas prices, and the supply chain crisis are hurting all of us. And yet, according to the White House, the economy is actually doing fantastic, and, I suppose, we’re all stupid for not being grateful or something?

Fox News White House correspondent Peter Doocy pointed out that polls show the vast majority of Americans believe the country is headed in the wrong direction. White House press secretary Karine Jean-Pierre responded by essentially saying that despite the pain everyone is feeling, in historical terms, we are “stronger economically” than we’ve ever been as a nation.

“When you look at inflation, when we look at where we are economically — and we are in a strong — we are stronger economically than we have been in history. When you look at the unemployment numbers of 3.6%; when you look at the jobs numbers — more than 8.7 million of new jobs created — that is important,” Jean-Pierre said. “But we understand that gas prices are high and we understand that food costs are high, and that is because of a once-in-a-generation pandemic and also Putin’s war, and that’s just the facts.”

I’ll give Jean-Pierre some credit. She may be a horrible press secretary who seems to lack the ability to speak well, even when she’s reading off a script, but by some miracle, she was able to say all that with a straight face.

Let’s forget the fact that she’s still blaming the pandemic and Putin for inflation, even though nobody actually believes either are to blame. We also know that the White House’s numbers for jobs created are bogus, so let’s get that out of the way. But when you look at what Jean-Pierre said, she concedes that inflation is happening, but still insists that the economy is not only strong but that the country is “stronger economically than we have been in history.”

“The gaslighting is getting more brazen by the day. There’s zero acknowledgment of your economic pain. They don’t care because they hate you,” Monica Crowley tweeted in response to Jean-Pierre.

“How does 40-year high inflation mean the U.S. is ‘stronger economically than we have been in history?’” asked Sen. Marsha Blackburn (R-Tenn.).

“Biden Press Secretary Karine Jean-Pierre insists ‘we are stronger economically than we have been in history.’ Inflation is close to 40-year highs, the economy shrank last quarter, and 64% say their financial situation is ‘getting worse,’” Tommy Pigott, the Rapid Response Director for the Republican National Committee, pointed out.

“I mean, come on. Inflation is at a 40-year high, gas prices are averaging $5 a gallon nationwide, we still haven’t gotten back all the jobs we lost from the pandemic, and wages [are] several percentage points behind inflation,” said John Cooper, the Heritage Foundation’s media and public relations director. “Biden’s economy is historic, but not the way they’d like.”

Seriously, how tone-deaf can the White House be? If it spent as much energy trying to resolve inflation as it spends trying to get the public to stop blaming it, maybe Americans would feel better about the direction of this country. Instead, they see a White House that cares more about the public relations aspect of inflation than the pain Americans are feeling because of it.