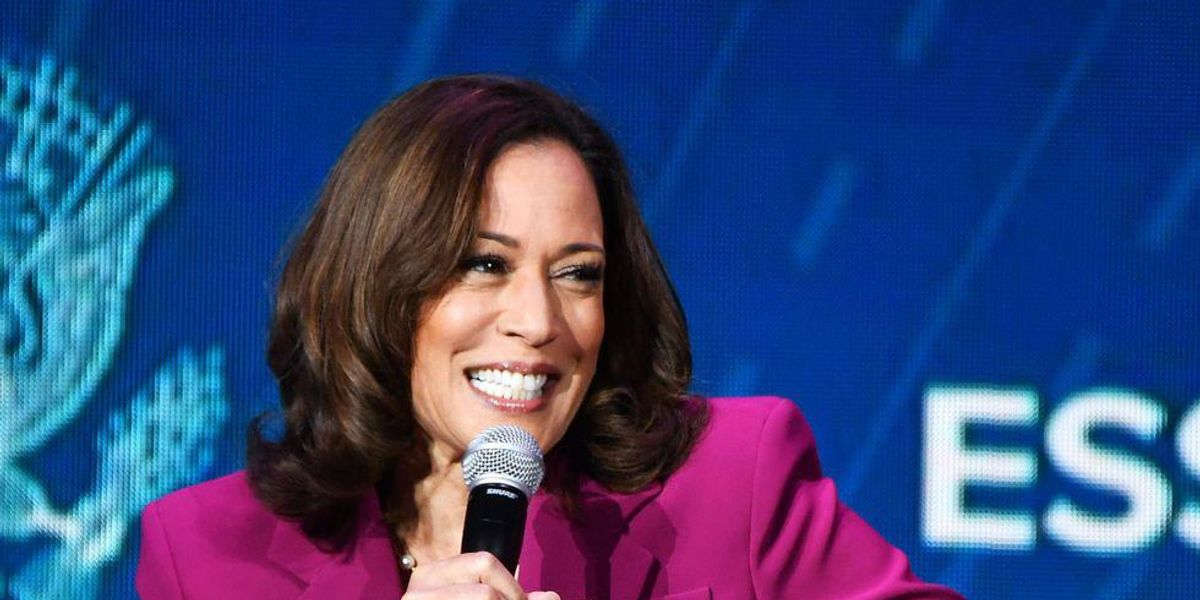 Vice President Kamala Harris was mocked and ridiculed online after she spoke in front of a background graphic with a embarrassing error.

Harris was speaking at the Essence Fest in New Orleans, Louisiana, when her critics pounced on the spelling error to attack the vice president.

That’s because the backdrop misspelled the state’s name as “Lousiana” right behind Harris’ seat.

“Just another blunder by the worst Administration in the history of our currently not so great country,” read one tweet.

“Education under this shameful administration is embarrassing enough, but at least our kindergarteners know the never-ending list of pronouns,” replied another critic.

“When I see very basic Public Relation mistakes like this and the awkward fake demeanor, it leads me to believe that once again, you have a junior varsity team that is in over their head. They have my no confidence vote,” read another response.

“The incompetence is staggering,” said another detractor.

Screenshots of the error were widely circulated on social media.

The embarrassing error was the latest in a series of incidents plaguing the office of the vice president. Defenders of Harris accuse critics of sexism and racism but even some in the White House have accused her of being incompetent and unprepared in various meetings and media briefings.

Harris has done just as poorly in polling — a majority of Americans in one poll said she was not ready to assume the duties of the presidency should anything befall President Joe Biden.

The appearance was seen as an attempt by Democrats to shore up the black vote after several polls showed the pivotal demographic was dropping in support for the party and Biden ahead of the midterms.