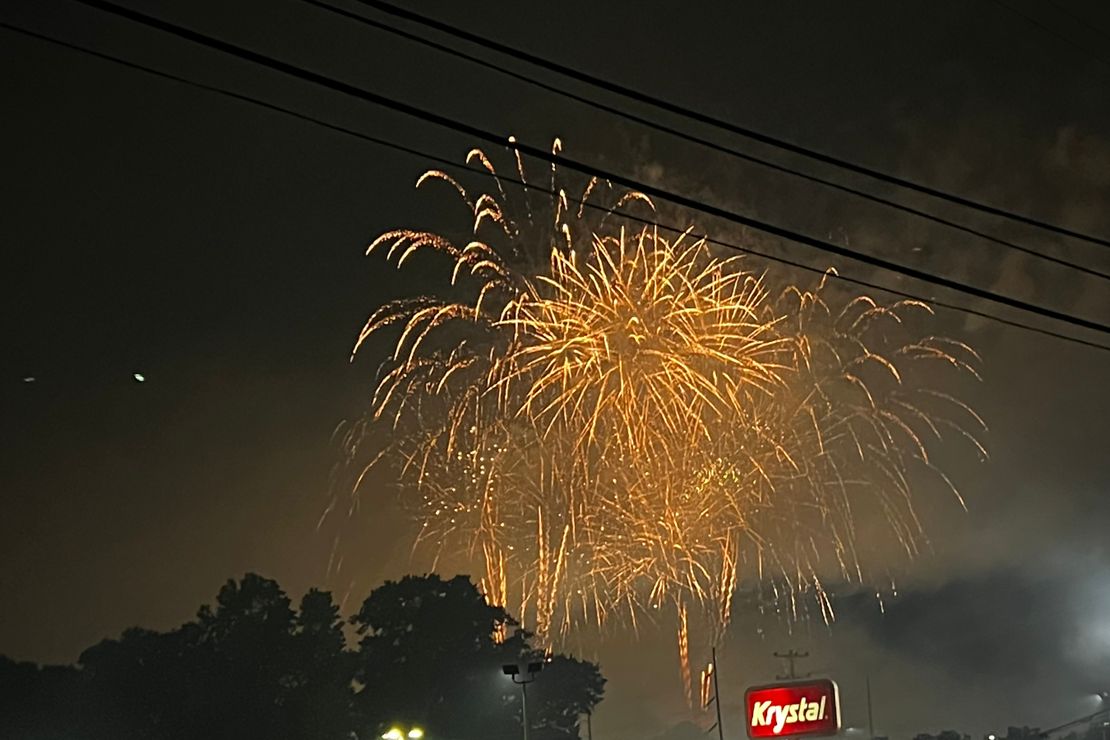 My aunt and uncle from Washington state (who are conservatives) have come to Georgia with my cousin (who isn’t conservative) and his pre-teen daughter for a couple of weeks. They’ve spent some time with other family members and friends, and they’re currently spending a few days, including much of the long Independence Day weekend, with my family.

My cousin and I don’t see eye-to-eye on much at all. He lives in Tacoma, and he couldn’t be more different from me politically. He doesn’t look or dress like anyone here in Georgia, either.

He and I have gotten into some intense arguments on social media over the years. He has called me a racist and a “Christo-fascist,” whatever the heck that is. (I’ll admit that I haven’t always been Mr. High Road, but I at least try to avoid name calling.) We almost always end the arguments with “I love you” and “agree to disagree,” but that doesn’t stop the ugliness.

Before they arrived, we warned my nieces to avoid political comments, and we all steeled ourselves for the possibility of hot-button conversation. But none of that happened.

Instead, we’ve had fun. We’ve spent plenty of time in the pool, shared the glory of our favorite local Mexican restaurant with my cousin, laughed until our faces hurt at family memories, and explored the downtown area of my hometown. My cousin bought a round of drinks for me, my brother, and my brother-in-law, and I returned the favor by treating him to a margarita.

We even enjoyed the heat and humidity while watching fireworks, which my hometown does really well. The city may mess a lot of things up — including the traffic management after the fireworks — but the Independence Day fireworks are so good that nearby towns have started shooting their fireworks on different days rather than compete.

It’s been a genuinely fun weekend. At one point yesterday in the pool, my cousin said, “You know, we don’t agree on much of anything, but you’ve all made me feel welcome and comfortable.” For me and my family, it’s not just about being a good host or because we’re related by blood; it’s also a matter of treating people right.

It seems like Americans are more united on Independence Day, not counting the farthest of the left and right. So why can’t we be more united the rest of the year?

We’re all proud to be Americans — or most of us are — so why don’t we act like it? Being an American means being a good neighbor and overcoming differences, and trust me, if I can get past some of the beliefs my cousin holds, we can overcome just about anything and enjoy living alongside each other.

I’m not just talking about a left-vs.-right divide, either. We conservatives should be able to look past our differences and concentrate on what we have in common.

My PJM colleague Gwendolyn Sims is traveling this week and got to experience an Independence Day celebration in a different town. She shared a little bit of the experience.

“At the 4th celebration here yesterday, the mayor of St George, Utah, said we conservatives should not just be united one day a year (summer soldiers), but we should be united behind the American principles of life, liberty, and the pursuit of happiness EVERY DAY (winter soldiers).”

It’s true. We may disagree on some things, and some issues are small while others are fundamental. But that doesn’t mean we have to be jerks to each other. Let’s be good citizens and good neighbors 365 days a year and be civil, kind, and thoughtful to each other, even as we fight for what we believe.

I can’t help but think of that as truly American behavior.