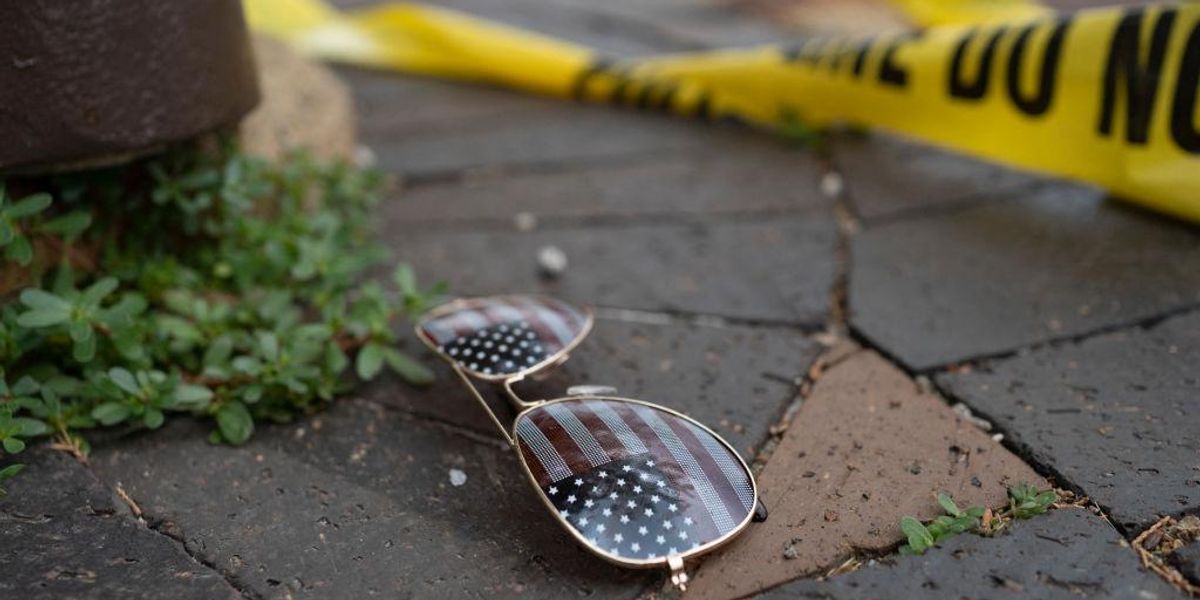 Six people were murdered and at least 31 were injured in the mass shooting that occurred during a July 4th parade in Highland Park, Illinois. A person of interest has been apprehended according to multiple reports.

Videos have surfaced from the deadly mass shooting in Highland Park.

u201cA Lake County police officer walks through chairs and bikes left behind on the Central Avenue parade route sidewalk near the scene of the Highland Park mass shooting. nnu2018It was chaotic,u2019 reports of 6 dead, 2 dozen others shot during Fourth of July parade https://t.co/kWBnLbO2nSu201d

The FBI named a person of interest in the Highland Park shooting. Authorities named 22-year-old Robert “Bobby” Crimo III as a person of interest. He is said to be driving a Silver Honda Fit with the license plate “DM80653.” Crimo is considered “armed and dangerous.”

u201cBREAKING: Robert “Bobby” Crimo III has been identified as the person of interest in the deadly mass shooting in Highland Park, Illinois (near Chicago). Six were killed & dozens injured at the July 4th holiday parade massacre. #HighlandParku201d

WBBM-TV and WGN reported that Crimo has been taken into custody.

WGN reporter Ben Bradley reported, “Suspected parade shooter Robert Crimo is in custody. There was a brief pursuit after he was spotted by a North Chicago police officer. Suspect was arrested ‘without incident’ after a short pursuit that ended on Route 41 in Lake Forest.”

Crimo is also known as “Awake the Rapper,” according to Fox News.

IMDb describes Crimo as “an American rapper, singer, songwriter, actor and director from Chicago, IL. The hip hop phenom is mostly known for his hit song ‘On My Mind’ which was released on October 8, 2018. The track has amassed millions of plays so far across online streaming platforms.”

Sgt. Christopher Covelli – from the Lake County Major Crime Task Force – said law enforcement recovered a rifle from the crime scene of the Fourth of July shooting. Covelli noted that the shooter appears to have been “shooting from a roof.”

Covelli said Crimo is “from the area” of Chicago’s northern suburbs.

The ages of the victims ranged from eight to 85.

One of the alleged victims is Nicolas Toledo – who was reportedly 79 years old.

“We are all feeling pretty numb. We’re all pretty broken inside,” Toledo’s granddaughter told WBBM-TV.

u201cThe family of Nicolas Toledo tells me he was one of the people shot and killed at the Highland Park 4th of July Parade. u201cWe are all feeling pretty numb. Weu2019re all pretty broken inside,u201d his granddaughter said. She shared these photos with @cbschicagou201d

The FBI asked for assistance from the public, “If you have any images or video related to the shooting that occurred at the Highland Park Fourth of July parade in Illinois, please submit them to http://fbi.gov/highlandpark.”

Editor’s note: The article was updated after the person of interest was apprehended.

Should Performing Transgender Surgeries on Kids Be Criminalized?
Firefighter fears 10 of his relatives have died in house blaze
Reflections on 40 Years as a Talk Show Host
From ‘Game of Thrones’ to ‘She-Hulk’, here are 8 of the biggest shows hitting Netflix, Hulu and Disney+ in August
Kansas votes to protect abortion rights in state constitution after Supreme Court ruling