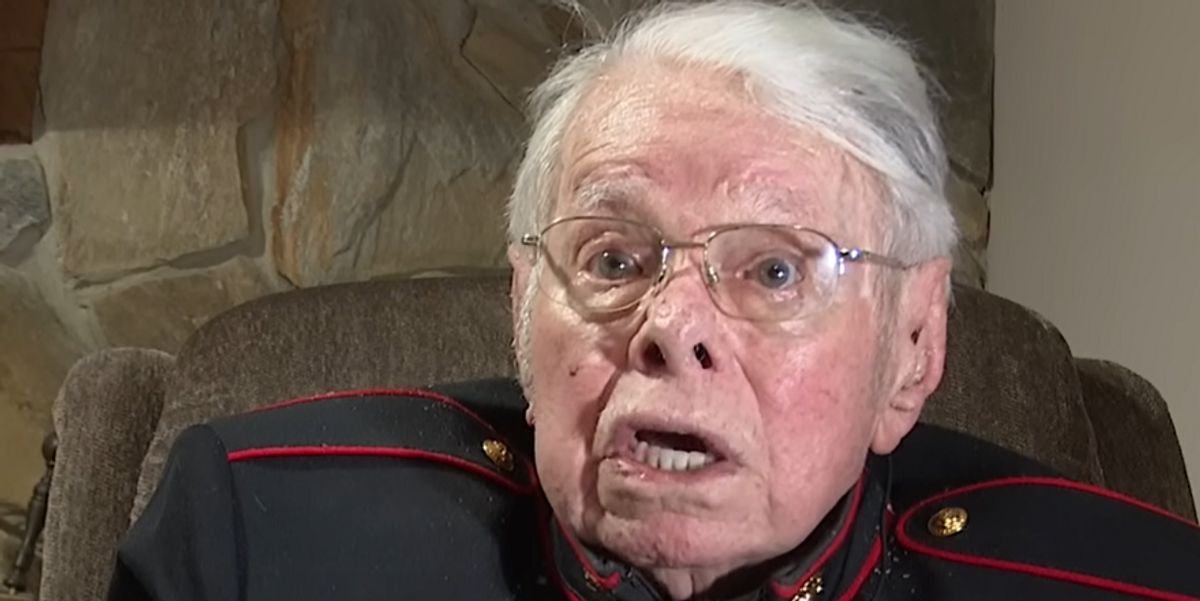 Carl Spurlin Dekel survived World War II, but he is extremely concerned about the current state of the United States.

Dekel – who recently celebrated his 100th birthday – was outspoken about how the direction of the country is seemingly going in the wrong direction.

Dekel told WTVT, “People don’t realize what they have. The things we did and the things we fought for and the boys that died for it, it’s all gone down the drain.”

Dekel delivered a pearl of wisdom, “You just remember everything’s beautiful and live every day to the fullest. Just enjoy everything you possibly can. And here I sit at 100. They tell me I’m 100. I don’t believe it sometimes. Because I don’t need to worry about age. I’m not going to, I just keep on keeping on.”

Dekel – who went to war in September 1940 – said, “They shipped me straight out to Guantánamo, which was a Navy base, and put me in a machine gun company.”

“We were scared all the time. I don’t care what anybody says. We were vulnerable all the time, since Pearl Harbor, particularly,” he recalled.

The Silver Star-awarded soldier said, “It was an honor for me to serve my country and if I had to do it again and I was the same age. I would do it. I guarantee you.”

Senate Majority Leader Chuck Schumer added, “Woody Williams was an American hero who embodied the best of our country and the greatest generation.”

CBS News reported, “The West Virginia native was a legend in his native West Virginia for his heroics under fire over several crucial hours at the battle for Iwo Jima. As a young Marine corporal, Williams went ahead of his unit in February 1945 and eliminated a series of Japanese machine gun positions. Facing small-arms fire, Williams fought for four hours, repeatedly returning to prepare demolition charges and obtain flamethrowers.”


‘We haven’t got the country we had when I was raised’: 100-year-old veteran worried about America

Little Adam Kinzinger Observes that Some Men Aren’t So Manly, Um….
People are spending lots of money on makeup and beauty, and retailers are cashing in
Horowitz: How is this DOJ witch hunt against congressional conservatives not unconstitutional?
​Bump stock ban upheld by federal court
AP Smears DeSantis, Conservatives as Fueling ‘Anti-LGBTQ Hate’ Online