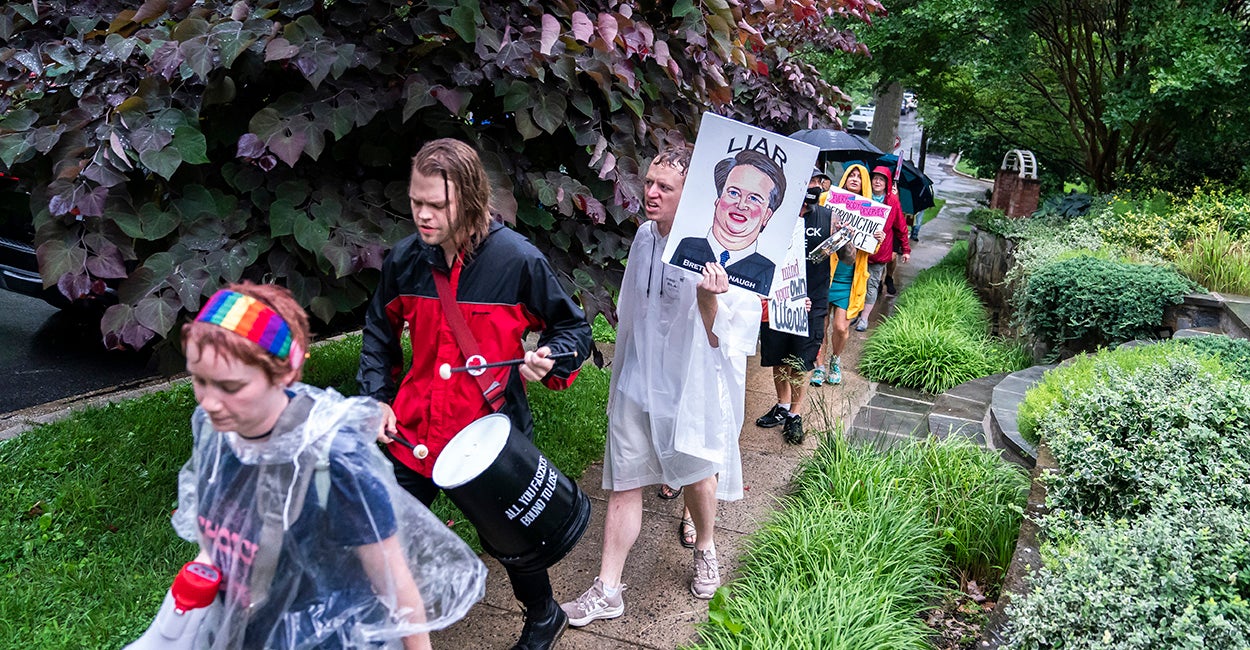 Americans today might be getting flashbacks to 2020, when the radical left committed itself to a rampage that lasted for months.

In the aftermath of George Floyd’s death, the left decided the only way to get what it wanted was through the destruction of once beautiful cities and endless political violence.

And with the end of abortion on demand under Roe v. Wade, it could very well happen again.

The warning signs are there.

Even before release of the Supreme Court’s decision to overturn Roe v. Wade, a would-be assassin flew from California to Justice Brett Kavanaugh’s house in suburban Maryland, intending to kill the justice and himself.

Protesters have decided there’s practically no line they won’t cross as they endlessly march in front of the six conservative justices’ homes. Some have even threatened to protest at the schools of justices’ children.

Additionally, the radical left is emboldened much like it was two years ago.

Back then, fawning coverage from the corporate media and promises from government officials such as Kamala Harris to bail out protesters meant there were zero consequences for rioters to go all-out.

Worse, some police officers refused to do their job and arrest the thugs engaged in violence and property destruction. Other officers were told to hold back or just release the hooligans back to the streets to revel violently again.

In 2022, despite the mountain of evidence that pro-abortion protesters are willing and able to commit violence, authorities again stand to the side.

Several legal experts have pointed out that the nightly protests outside the justices’ homes are illegal both at the state and federal level, and yet the governors of Virginia and Maryland, Republicans Glenn Youngkin and Larry Hogan, respectively, do nothing.

Each night, frazzled neighbors beg authorities for relief, but none comes.

Sure, the governors sent a memo asking for the Justice Department led by Attorney General Merrick Garland to do something to fix the problem. But that’s not nearly enough to stop the madness.

Garland’s silence on the ongoing protests and refusal to prosecute any of the protesters is evidence of where the attorney general stands on the continued harassment of the conservative Supreme Court justices.

It speaks almost as loudly as Garland’s seeming refusal to do anything about ongoing attacks on crisis pregnancy centers.

For the past few weeks, we have seen escalating incidents of vandalism and property destruction directed toward these places where desperate women may find low-cost or free care.

The incidents often are attributed to a group called Jane’s Revenge, a name that refers to the Jane Collective, an underground abortion network out of Chicago.

There is no room for this in Virginia, breaking the law is unacceptable. This is not how we find common ground. Virginia State Police stands ready to support local law enforcement as they investigate.

Garland didn’t bother to respond to the crime at all.

Pithy tweets do nothing. What is desperately needed right now is action. Pro-abortion activists are breaking laws left and right. If authorities impose no consequences, they will continue to break laws.

Federal, state, and local authorities need to enforce the law. Protesters at the justices’ houses must be prosecuted. This song and dance in which protesters can harass Supreme Court justices and their neighbors needs to end.

Next, the authorities must protect crisis pregnancy centers. The radical left has made it clear it’s targeting these centers, so they deserve a reprieve from the siege.

At the end of the day, the combination of media cheerleading and lax enforcement by the appropriate authorities is encouraging the left to behave badly.

We’ve already seen what happens when the left takes to the streets to enforce its will.

Americans don’t want a repeat of Portland, Minneapolis, and Kenosha in 2020. But by all accounts, that seems to be the direction we’re going.