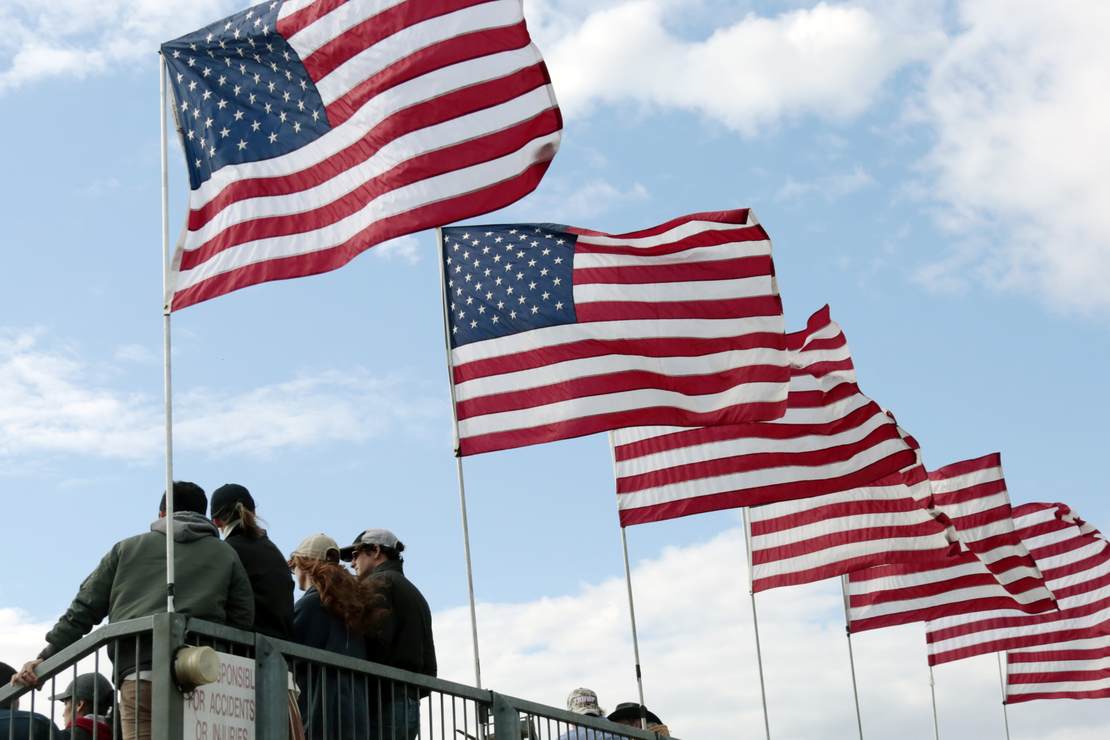 For sure, if I see a car with an American flag bumper sticker, or a house flying an American flag, it’s a safe bet that car or home is owned by a Republican. Over the years, patriotism and conservativism have become synonymous. And that isn’t lost on one New York Times columnist, who has found herself triggered by conservatives’ penchant for patriotism and has declared that red state America has hijacked the American flag.

“Take a drive through any red state, and you will see American flags flying above truck stops, dangling from construction cranes, stretched across the back windshields of cars, emblazoned on clothing and, of course, waving from front porches — and not just on the Fourth of July,” observes columnist Margaret Renkl. “Old Glory has become such a strong feature of Trump rallies that many liberals have all but rejected it, unwilling to embrace the symbol of a worldview that we find anathema…” Yada, yada, yada… Roe v. Wade…

As accurate as that is, the left’s antipathy for America runs much more profound. Thinking America is evil and oppressive has long been “in” for leftists because it was cool and contrarian. They’re always threatening to leave this country for more enlightened places like Canada or a country in Europe—especially when something happens they don’t like, such as the election of a Republican president or the overturning of Roe v. Wade. They also push for school curriculums that teach our kids that America is evil and racist.

Last year, a California school teacher removed the American flag in her classroom and suggested her students pledge allegiance to the LGBT pride flag.

So, it’s no surprise that Republicans are far more associated with patriotism than Democrats. American flags may be a regular fixture at Trump rallies, but that’s not stopping Democrats from waving Old Glory at a Biden rally… or the rally of some Democrat candidate that can actually get people to show up.

Renkl even admitted that she ditched the American flag well before those evil Trump voters started flying them all the time. “My husband and I stopped hanging up our own flag years ago, long before it got usurped by the MAGA crowd,” she wrote. “Our old maple tree had simply grown around the flag mount over the years, eventually enfolding it entirely, and we never got around to putting up another.”

Conservatives don’t selectively celebrate America. We didn’t boycott Independence Day when Obama was elected. We don’t hate our country just because Joe Biden is in office.

In her article declaring she wanted to “take back” the flag, Renkl revealed how the left’s love of country is clearly dependent on how the political winds are blowing. For example, she recalled being outside the Supreme Court the day Obergefell v. Hodges was decided. Expecting that, at best, the court would force states to recognize out-of-state same-sex marriages, the crowd was overjoyed to learn the court had declared same-sex marriage a constitutional right. “I will never forget the untrammeled joy that exploded when the ruling went even further, identifying marriage as a constitutional right,” she wrote. “I will also never forget what happened next: The jubilant crowd began to sing the national anthem.”

After years of not flying the American flag, Renkl now says she and her husband are flying it once again on Independence Day—but not without some added context. “To be very clear about which America we believe in, we have hung a different flag on the other side of the front door, too. When the wind blows the American flag at our house, a rainbow flag will be billowing beside it.”

Because, of course. That’s how the left thinks. They think patriotism is a de facto endorsement of everything happening in the country. Lord knows I’ve had issues with what this country has done under Obama and now Biden. But that’s not the point. Yes, America doesn’t always live up to its ideals, but America is nevertheless the world’s beacon of freedom and liberty. Even in the worst of times, it’s hard to imagine wanting to live in another country and even harder to imagine living in a world where America doesn’t exist.