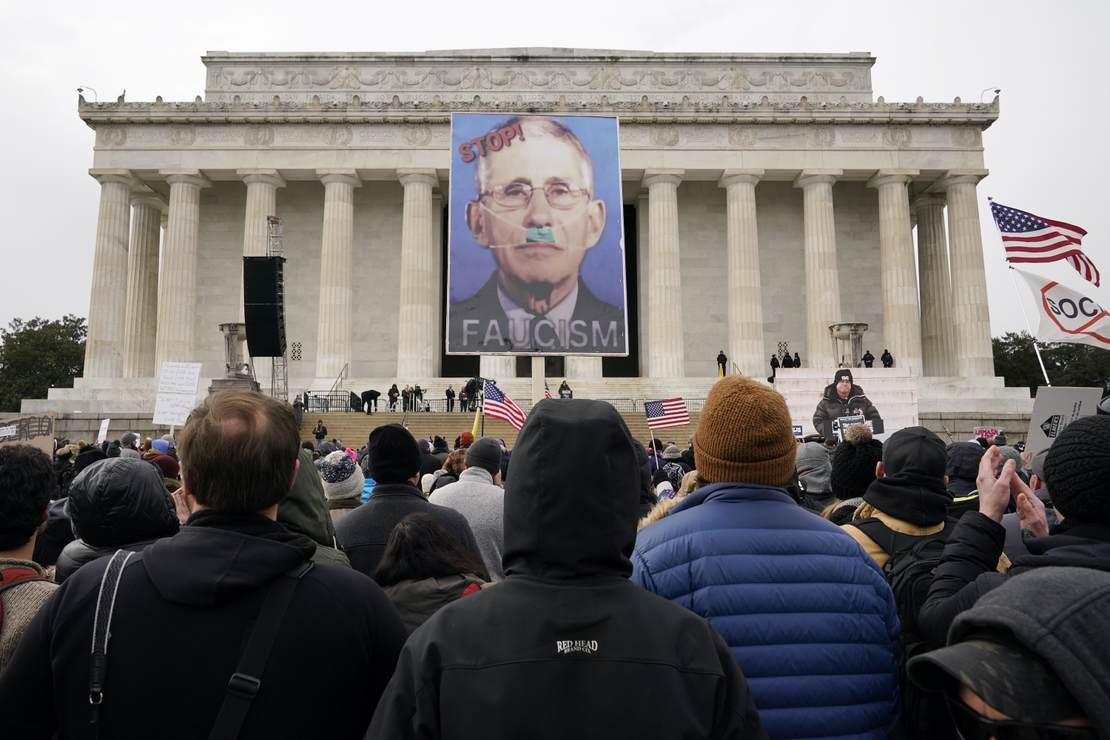 You know the drill: Democrats do the unspeakable, and their lickspittle news media lackeys dangle baubles and bangles to distract us with a shiny object so that we don’t pay attention.

We were allowed to watch every titillating, fecal detail of the Johnny Depp-Amber Heard trial yet not a peep out of the Ghislaine Maxwell trial involving the world’s most powerful men having sex with girls as young as 14 years old. No cameras were allowed in THAT courtroom, and the files were sealed. Bill Clinton remained nonplussed. He knew his ass would be covered.

FACT-O-RAMA! As you read this article please remember that 98.8% of Americans KNOWN to have had COVID-19 have survived. Also, we have no idea how many people tested positive at home, survived, and never told a doctor (I personally know at least four people), so the survivability rate is guaranteed to be higher than 98.8%.

Pfizer and the FDA

By now you know that the Food and Drug Administration (FDA) tried to run cover for Pfizer and pressed to delay releasing the sordid details of their Bat-stew Flu “vaccine” trials until 75 years from now when we’d all be dead.

A hero by the name of U.S. District Judge Mark Pittman gave Pfizer until the end of September 2022 to release everything, a far cry from the FDA’s goal of 2097.

VICTORY-O-RAMA! The non-profit group Public Health and Medical Professionals for Transparency, a large collection of doctors, scientists, and journalists, sued for and won the right to disseminate information from the FDA regarding the vaccine trials.

Is the FDA full of swamp-dwelling liars? Now is a good time to remind you that it publicly taunted Joe Rogan for taking ivermectin to help him combat COVID, beratingd him for taking “horse-dewormer.” Never mind that the FDA approved a version of ivermectin for people decades earlier.

The FDA on ivermectin for COVID: “You are not a horse. You are not a cow. Seriously, y’all.”https://t.co/tIVIS8Rsgd pic.twitter.com/4xzudpjii8

CNN’s most obsequious back-scratcher, Don Lemon, Listerined the taste of big-brother booty-hole out of his mouth, took to the airwaves to join the FDA, and laughingly accused Rogan of taking a “horse dewormer.” When he got caught, Lemon doubled down on his jackassery. CNN’s Dr. Sanjay Gupta, whom Rogan called out on his podcast for Don Lemon’s lie, limped back on air to side with Lemon once again. Both of these stains know who signs their paychecks.

Why are so many healthy people dying?

We don’t know that yet, but we DO know that a lot of people aren’t even talking about it. From December 2020, when the vaccine was released, to November 2021, we saw soccer players, some of the healthiest people on the planet, fall on the field at a rate five times greater than normal.

“In most cases, the cause of the collapse was heart-related, including myocarditis, pericarditis, heart attacks, or cardiac arrest, with the second most prevalent cause being clotting events,” reports Mordechai Sones of America’s Frontline Doctors.

OCCAM’S RAZOR-O-RAMA! German hospitals saw a huge increase, usually over 50% more than normal, in hospital admissions due to heart-related illnesses. This surge happened at the same time as the release of the vaccine.

When we hear about young people dropping dead, there are usually two facts not mentioned in the stories: how the person died and whether they were vaccinated.

You may have heard about Nick Nemeroff, a comedian from Montreal who recently dropped dead at 32. We don’t know what killed him, but we do know he was vaccinated and boosted. How do we know? He told us before he died.

POV I am an anti vaxxer but only for the booster shot pic.twitter.com/kvqCvgUofR

SADS is a nifty term used when healthy people under 40 years of age die, usually of cardiac arrest, for no apparent reason. The term has been around for years.

From the Epoch Times article above:

Coincidence? When the Pfizer vaccine is known to cause heart inflammation? No. In fact, many doctors treating these players list their injuries and deaths as being directly caused by the vaccine … This is not a coincidence.

Doctors in Australia have no idea why SADS deaths are piling up, yet lefty toilet websites like factcheck.org and Snopes have been quick to dismiss any correlation between SADS and the vaccine.

Cornell University has found that blood clotting has become a situation for women under 60 who have taken the AstraZeneca vaccine.

Justin Bieber’s face is half frozen at 28

Nothing to see here though, I’m sure.

The Centers for Disease Control and Prevention (CDC) needs an enema, and we should stick the hose in Tony Fauci.

Sen. Rand Paul (R-Ky.) recently grilled Fauci about mysterious payments made by big pharma companies to scientists and leadership types working for the National Institutes of Health (NIH). Fauci waffled when Paul asked if Fauci has received any of that cheddar.

From our sister site Townhall:

In America, the media is filled with reports of hospital emergency rooms and intensive care units overwhelmed with seriously ill patients. From coast to coast, there are so many sick people lined up that there aren’t enough beds or nurses. Sick patients are lying on gurneys along the hallways. Doctors and medical experts call it a “mystery” why so many Americans are sick. They can’t understand what’s happening.

But I can solve the mystery. I believe that these are COVID-19 vaccine-related injuries overwhelming ERs and ICUs. The very illnesses that are most prevalent in this mysterious health emergency — heart attack deaths, cardiac arrest, strokes, blood clots, multiple organ failure — are all the same COVID-19 vaccine side effects listed in the Vaccine Adverse Event Reporting System (VAERS).

Meanwhile, the CDC just approved a “vaccine” for kids six months to five years old. Why? We know the following:

Like clockwork, lefty news is running cover for the CDC. Check out this nauseating article by Today’s Parent where author Claire Gagne pimps the vaccine, over-emphasizes the risk kids have in regards to COVID, admits the risk of myocarditis in regard to the vaccine, and downplays the seriousness of myocarditis. Bureaucrats are playing with the lives of kids so that the vaccine-industrial complex can make mad stacks.

The good news is this: not every news outlet is full of Democrat toadies. Here is a brilliant interview between Fox News’ Tucker Carlson and Dr. Robert Malone, the man who invented mRNA technology and an opponent of the vaccines.

In a separate episode of Tucker Carlson Tonight, Tucker reported that roughly 30 people die per day from the COVID vaccine. Tucker also highlights the dedication of lefty news outlets to Lord Fauci’s COVID lies. If you haven’t seen this report, I highly recommend watching it.

We’ve learned many things, and most of them aren’t pretty:

I will keep a watch on the number of healthy people mysteriously dropping dead and report back when something breaks.

FACT-O-RAMA! I am not suicidal, my car is in great shape, and I am healthy as a show pony.

Eric Swalwell Blames GOP For FBI Shootout In Cincinnati, Pushes For Gun Control
Stores and suppliers clash over price hikes as shoppers hit by sticker shock
CNN Pundits Admit: Liz Cheney’s Base Is ‘Democrats and the Beltway Media!’
Student Pulls Gun At School, Gets Disarmed By Resource Officer
The Kruiser Kabana Episode 191: Trump Is Obi-Wan and Also Plus Shrimp Tacos