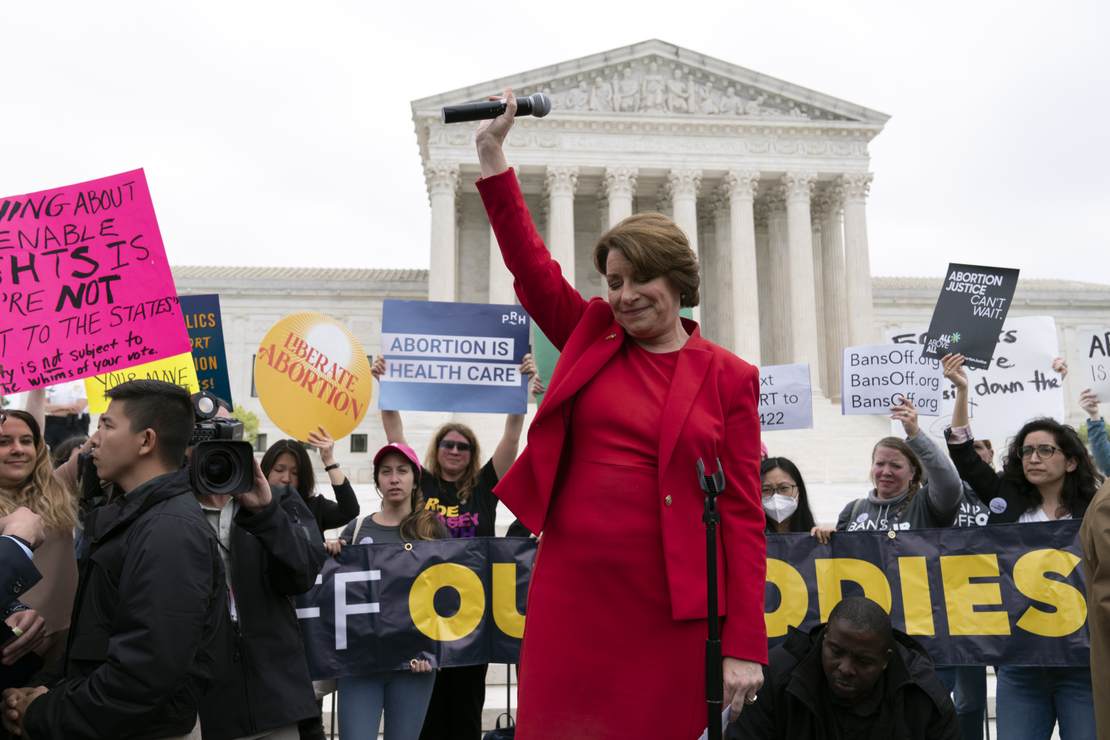 What impact will the Dobbs v. Jackson Women’s Health Organization decision have on the midterm elections?

It’s the question everyone is asking, and there are all sorts of data we can look at.

If you’re a Republican, this poll would probably concern you. Does this mean Democrats have a chance in November? Will the red wave everyone expects to happen be more like a ripple?

According to a new YouGov/Economist poll conducted after the Dobbs decision was released, nothing has changed significantly, and Republicans have actually improved, albeit marginally. According to their generic ballot poll, 45% of voters say they’d vote for their Republican congressional candidate, compared to 40% who will vote for their Democrat candidate — a slight improvement for the GOP from their pre-Dobbs poll a week prior.

Another poll shows that abortion isn’t the biggest issue for voters in battleground states. A survey conducted by Cygnal of likely voters in 15 battleground states found that economic issues weigh far more heavily on voters than abortion. Inflation, the economy, and jobs account for a combined 56%, followed by crime at 9% and abortion at 8%.

“Abortion isn’t a top issue for voters — not even close,” Dee Duncan, the Republican State Leadership Committee president, said. “While abortion is an issue people care about, the data makes clear that it is not among the top issues that will drive voting behavior in November. Instead, this election will remain about Biden’s failing economy.”

Related: Guess Who Leads in the Generic Ballot After the Dobbs Decision?

As much as we all love to obsess over polling, there’s something even better that we can look at to show us Dobbs‘ impact on turnout. On Tuesday, several states held primary elections. Indeed, if Dobbs were going to make a difference in November, it would have made a difference in June, mere days after the decision was released.

Ehhh, not so much. And don’t call me Shirley.

Just ask the New York Times, which described turnout in the primary elections as “typically sluggish.”

“The Supreme Court decision ending the constitutional right to abortion was expected to motivate voters,” the New York Times reported Wednesday. “Turnout in several states hosting primaries on Tuesday, however, appeared to be typically sluggish — at least so far.”

Related: Biden and the Democrats Can’t Be Saved, Even After Dobbs

The article then pushes the caveat that early voting in these states means “many ballots may have been cast before the court struck down the landmark Roe v. Wade case on Friday.”

There’s just one problem with that theory. We’ve essentially known since May 3 that Roe v. Wade and Planned Parenthood v. Casey were likely to be overturned after the draft majority opinion was leaked. So it is very likely that most early voters were well aware of what the Dobbs decision would be, which means that, if the threat of Roe being overturned were to motivate primary voters, it would have done so.

The New York Times also noted, “As of the start of the week, unaffiliated voters had returned more early ballots in Republican primaries than Democratic ones, a reversal from 2020 and 2018, election officials said.”

Once again, Democrats hoping for a silver lining after the Dobbs decision appear to be barking up the wrong tree. There just isn’t any evidence that the abortion issue will help them in November.

Students and staff in the School District of Philadelphia will be required to mask for the first 10 days of school
Another Truth Ministry? Government-Funded BBC Establishes First ‘Disinformation’ Correspondent
These Americans Are Most Likely to Be Audited by IRS Under ‘Inflation Reduction Act’
Chairman of the Lancet’s COVID-19 Commission ‘pretty convinced’ pandemic’s origin from ‘US lab biotechnology,’ suggests governments aren’t investigating because even more ‘dangerous research underway right now’
Florida Man Friday: He’s Got an Appetite for Destruction