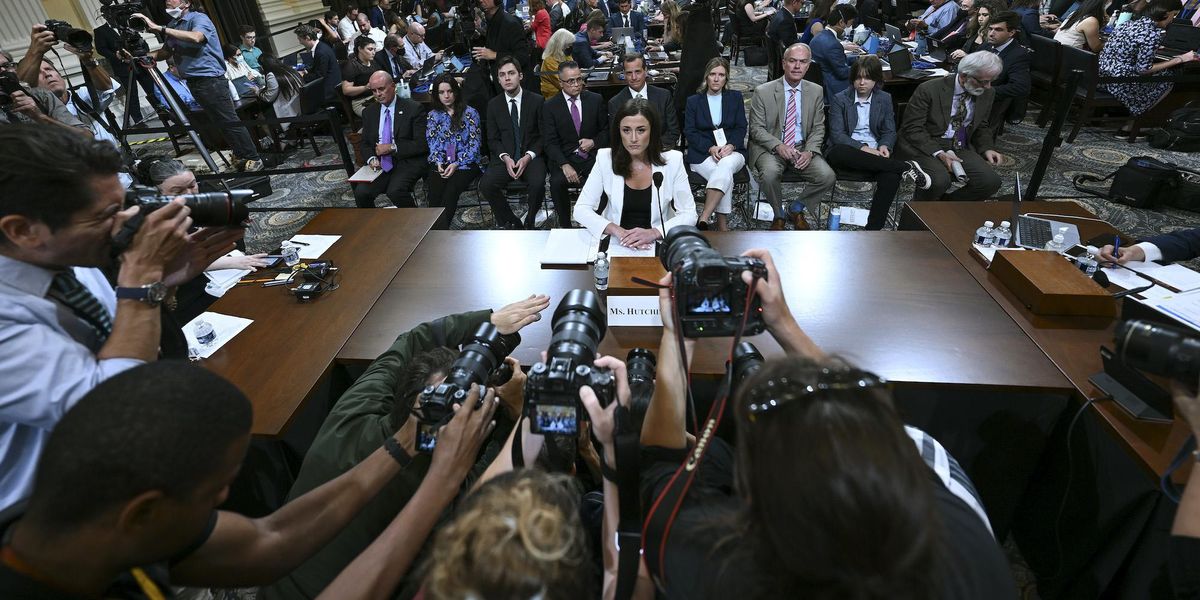 A former White House official and a Secret Service agent said they were willing to testify in the Jan. 6 hearings in order to contradict claims that former President Donald Trump got into an altercation while trying to make his way to the Capitol rioting.

The claims were made by Cassidy Hutchinson, an aide to former White House chief of staff Mark Meadows, on Tuesday.

Hutchinson said that she heard from Tony Ornato, then-White House deputy chief of staff, that the former president became incensed when he wasn’t allowed to go to the U.S. Capitol on Jan. 6. He is alleged to have grabbed at the steering wheel of the vehicle and then lunged at the agent who was preventing him from leaving.

Later on Tuesday, that Secret Secret agent reportedly said he was willing to testify that this account was false. Ornato also indicated the same willingness to testify contrary to the story.

Both Ornato and Robert Engel, the agent, had previously testified for the Jan. 6 Committee behind closed doors about what they witnessed on that day.

A spokesperson for the committee released a short statement about the development.

“The Committee trusts the credibility of a witness who was willing to testify under oath & in public but is also willing to hear any information that others may have that would aid in their investigation,” read the statement.

Among the other shocking claims from Hutchinson, she stated that Trump allegedly said that Vice President Mike Pence deserved to be hanged by the crowd of people rioting at the U.S. Capitol.

The former president took to social media to deny some of the claims and to lambast Hutchinson as a person that he hardly knew except for his having heard terrible things about her.

In response to the day’s testimony, Fox News host Bret Baier said the claims were “stunning” and “compelling” because of Hutchinson’s proximity to power.

Here’s more about the claims made in the hearing:


Bret Baier: This is stunning