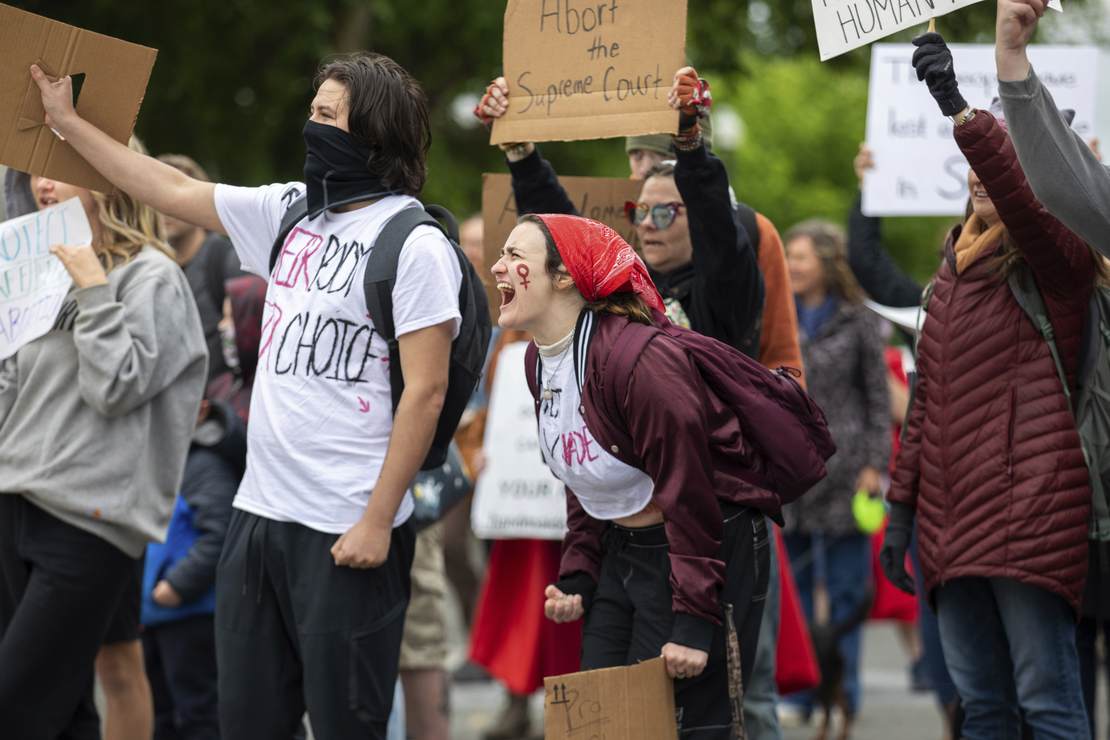 Is there any public policy issue that leftists aren’t patently dishonest about? It seems inevitable that the party that relies on bogus emotional argument would resort to hyperbole and deliberate distortions to manipulate voters and sway the public on an issue.

The Dobbs decision is a perfect example. To hear the left speak of it, you can’t help but wonder if they don’t realize that abortion hasn’t been outlawed, just sent back to the states. Progressive women, whenever the abortion issue comes up, have their red Handmaid’s Tale costumes ready, thinking they’re making a realistic commentary about what life for American women will be like without Roe v. Wade.

One common lie is that the overturning of Roe v. Wade will result in the criminalization of miscarriages or ectopic pregnancies. PJM’s Paula Bolyard recently pointed out how absurd this claim is, yet it remains a prevalent talking point amongst leftist blue checks and so-called legal experts.

Another ridiculous allegation from the pro-abortion left is that somehow the Dobbs decision is no different from forcing people to donate their organs. Actually, the equating of organ donation to pregnancy is not new for the pro-abortion movement.

You’re not alone if you’re shaking your head at this stupidity. And I have read a few doozies since the draft majority opinion of the Dobbs opinion was released back in May. For example, one line I’ve read multiple versions of recently is that since organs can’t be donated unless the person consented to organ donation when he or she was alive, in a post-Roe America corpses have more bodily autonomy than women.

“In America you can’t donate organs from someone who died w/o their consent—but the new SCOTUS ban on abortion would force an 11-year-old rape victim to have her rapists child w/o her consent,” writes human rights lawyer Qasim Rashid, Esq. “In short—even a corpse in America has more rights over its body than do women & girls.”

In America you can’t donate organs from someone who died w/o their consent—but the new SCOTUS ban on abortion would force an 11-year-old rape victim to have her rapists child w/o her consent.

In short—even a corpse in America has more rights over its body than do women & girls.

That tells you all you need to know about “human rights” lawyers, right?

Why does the pro-abortion left try to equate an unborn baby to an organ or a body part? How many times have we heard the left insist they are the party of science? Yet they are in denial about the fact that an unborn child is a separate person, with his or her set of organs, a heartbeat, brainwaves, and DNA. They react to stimuli and can feel pain. In every scientific sense, an unborn child is a separate human being with his or her own distinct body. There is no situation where any reasonable thinking person would compare an unborn child to an extra organ except if you’re a pro-abortion leftist within the context of the abortion debate and you’re trying to make a nonsensical argument about bodily autonomy.

Bodily autonomy is the right of an individual to control what can and cannot be done to their own body. But no one actually believes an unborn child is merely an extension of the mother’s body, like a limb or an extra organ.