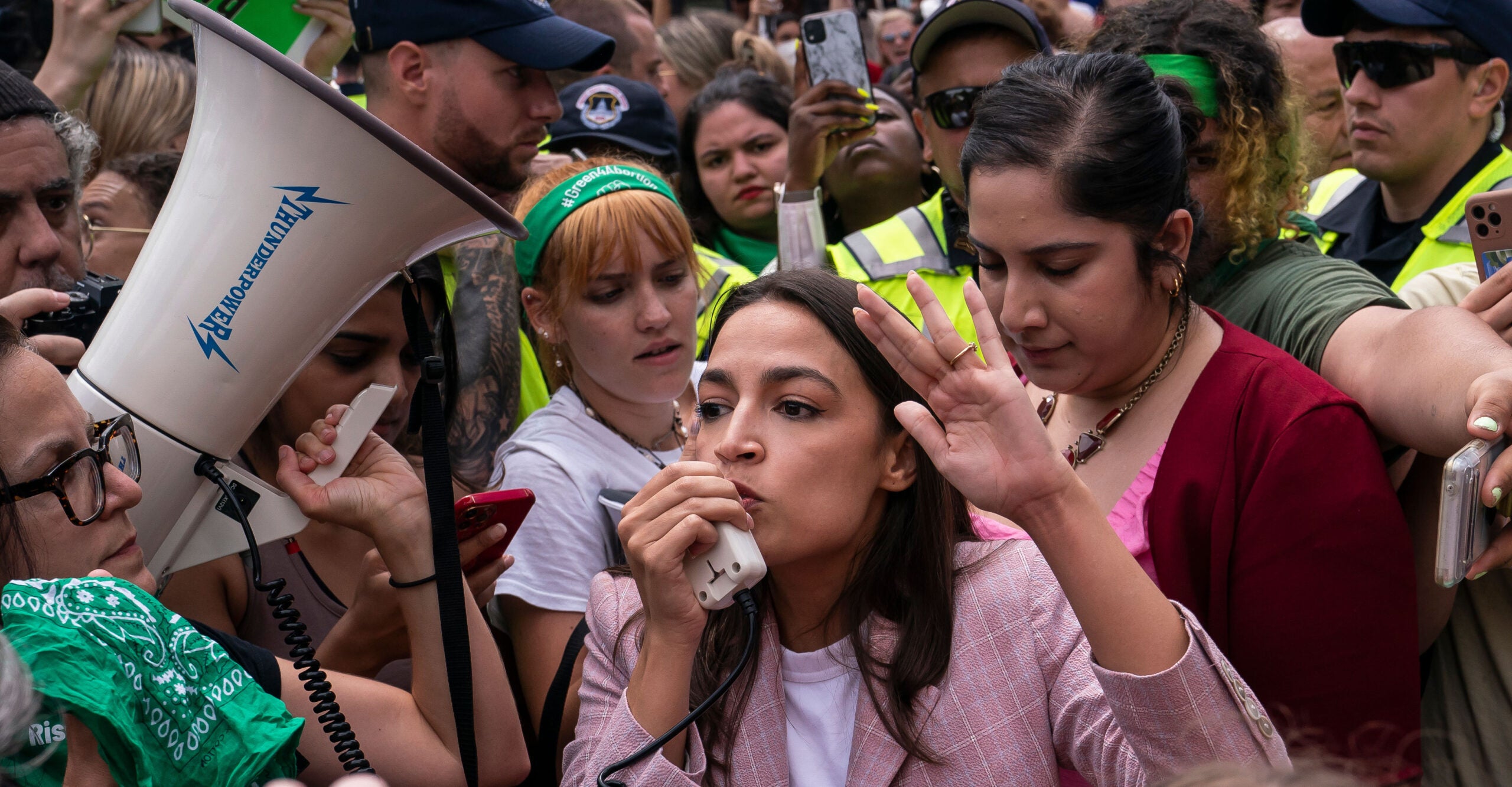 From overturning Roe v Wade to supporting the Second Amendment and maintaining religious liberty, the Supreme Court’s recent decisions have put the left in a sour mood.

Despite the left’s obsession with the notion that the right is all about “undermining democracy,” the left has shown little trepidation in demanding we lay waste to republican institutions that stand in opposition to its agenda.

Pleas for “court packing” from Democrats have been building for a while. Undoubtedly, those calls will become louder now, despite caution from the Biden administration. The latter hasn’t stopped plenty of prominent Democrats from acceding to the calls of activists to “burn it down”—figuratively and perhaps even literally.

They’ve both demanded court-packing with liberal justices and called into question the Supreme Court’s legitimacy.

It’s become a full-blown tantrum from people used to getting their way.

“They just took the last of it and set a torch to it,” Warren said. “I believe we need to get some confidence back in our court, and that means we need more justices on the United States Supreme Court.”

Following the Dobbs decision, which overturned Roe v. Wade, Rep. Alexandria Ocasio Cortez, D-N.Y., marched with protesters in front of the Supreme Court and joined in chants of “illegitimate.”

She later said that “impeachment” was on the table for Supreme Court justices, who she insinuated had lied under oath at their Senate confirmation hearings. As Tim Carney wrote in the Washington Examiner, the idea that Justices Amy Coney Barrett, Brett Kavanaugh, and Neil Gorsuch promised to uphold Roe v. Wade is completely false.

Not to be outdone, Rep. Maxine Waters, D-Calif., went off the deep end in front of the Supreme Court.”Women are going to control their bodies, no matter how they try and stop us,” Waters said. “The hell with the Supreme Court. We will defy them.”

It appears that, for the left, liberalism is the standard by which something has “legitimacy.” Any institution they don’t immediately control they seek to destroy.

Part of this might be fueled by their typically overwhelming institutional control, which until very recently included the Supreme Court. For half a century, the court had delivered wins for the left on numerous policy and cultural issues, even when those issues weren’t popular—or in the case of Roe v Wade and other decisions, weren’t based on particularly sound legal reasoning.

The court could be relied upon to be the left’s sort of deus ex machina, as liberal Bloomberg columnist Noah Smith admitted.

Now, there’s certainly a case to be made that the American political system has become too reliant on courts, rather than on the democratic process, to resolve divisive legal and moral issues. That was one of the problems with Roe v. Wade. By effectively declaring that having an abortion is a “right,” the issue was taken off the table for Americans.

That issue is now going back to the American people and their local elected officials. And that’s really where it should be decided.

Again, it’s really something to hear the left rage against unelected judges “imposing” their ideas on the country. That’s effectively what Roe v. Wade did, except without supportive language in the Constitution, like the clear text of the Second Amendment, which the justices relied on in their ruling against a New York gun law the day before they overturned Roe.

When conservatives faced significant legal setbacks in past decades, they didn’t attempt to blow up the court or pack it with additional justices to get their way. Instead, the right worked hard to build a serious institutional and legal infrastructure in opposition, with the Federalist Society being perhaps the most noteworthy example.

The right worked within the system to create serious and lasting change. Liberals of this generation, it seems, failed the marshmallow experiment on delayed gratification.

The left certainly didn’t learn anything from then-Sen. Harry Reid, D-Nev. The then-Senate majority leader used the “nuclear option” to end the Republicans’ Senate filibuster of judicial nominations in 2013, which cleared the way for Trump and Senate Republicans later getting three justices on the Supreme Court.

If we really want to overcome the great “awokening,” we need to consider long-term plans to recapture institutions or build new ones in opposition. It’s not enough to just attack them. Short-term victory without a longer-term strategy can easily backfire.

Clothing subscriptions like Stitch Fix were once hot – but now might be the victims of ‘box fatigue’
The Polls Are Sending A Warning Signal To Republicans. Here’s What It Is
We Dodged a Bullet: Hillary Clinton Spotted in the Hamptons… Looking Haggard
iOS’s Facebook and Instagram Apps Can Monitor User Interactions
House Passes Huge Spending and Tax Bill Expanding Size of IRS and Green Energy Handouts