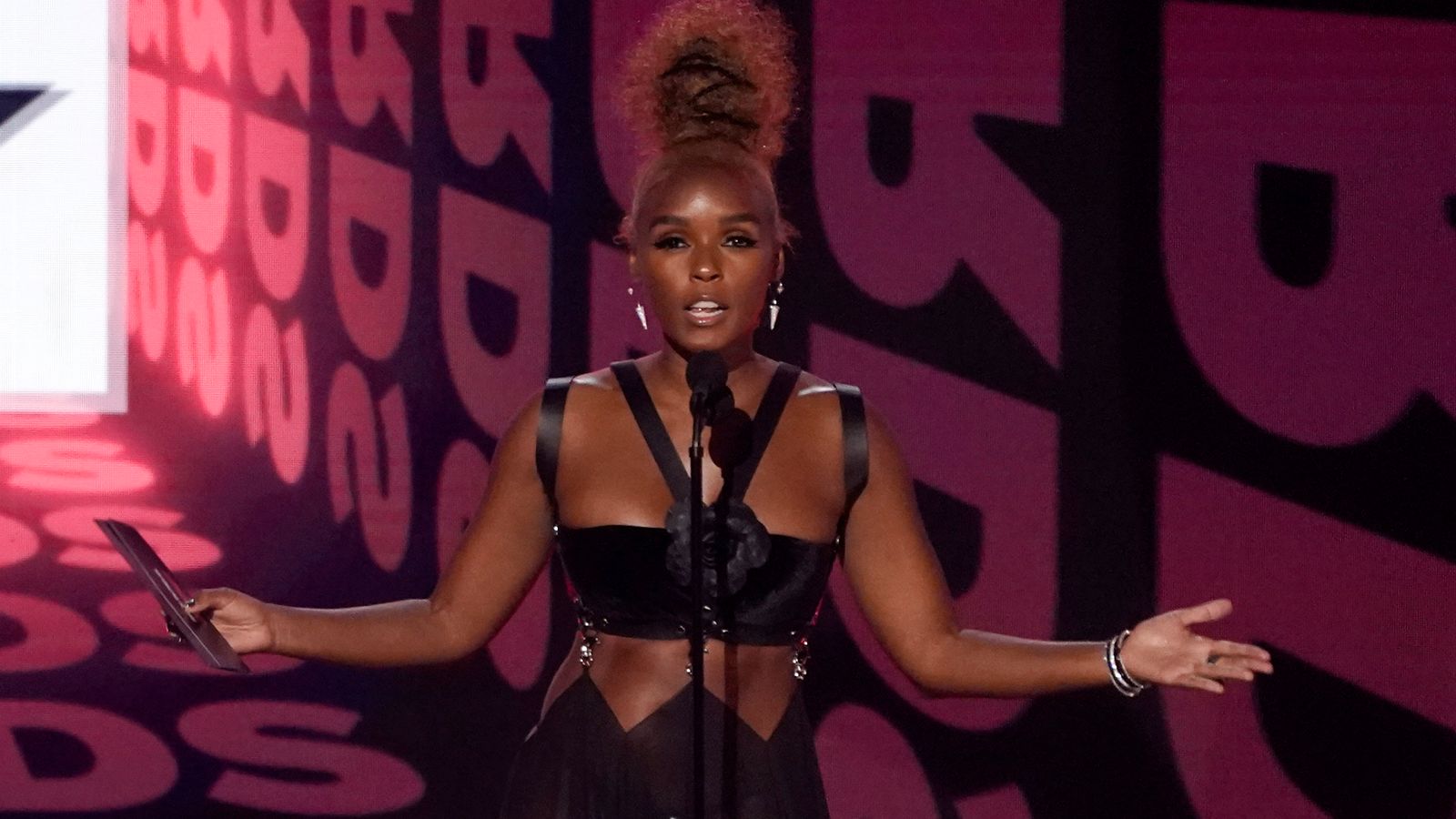 She took to the stage after Lizzo opened the show with her single About Damn Time and said “It’s about damn time we talk about the fact that guns have more rights than women.

“A weapon that can take lives has more power than a woman that can give life – if she chooses to.”

Monae held up her middle finger toward the court before introducing the nominees for the best female R&B/pop artist and her speech received a standing ovation.

She said: “These artists are making art on our own terms, owning our truths and expressing ourselves freely and unapologetically in a world that tries to control and police our bodies, my body and our decisions, my body.”

Jazmine Sullivan was announced as the winner and she used the opportunity to ask men to support women.

Read more:
Patients ‘panic’ at Mississippi’s last abortion clinic
Who are the US Supreme Court justices
What happens now the Supreme Court has overruled the right to an abortion?

“If you’ve ever benefited from a woman making one of the toughest decisions of her life, which is to terminate a pregnancy, you need to be standing.

“This is not just a woman issue. This is everybody’s issue. We need your support more than ever.”

Among the winners of this year’s awards were The Weeknd, Mary J Blige, Tems, Zendaya, and P Diddy.

Since the ruling was handed down by the Supreme Court on Friday, several celebrities have hit out at the justices for the decision.

Billie Eilish, Olivia Rodrigo and Kendrick Lamar referenced the decision during the performances at Glastonbury, while Kim Kardashian wrote a message on her Instagram story, reading: “In America guns have more rights than women.”