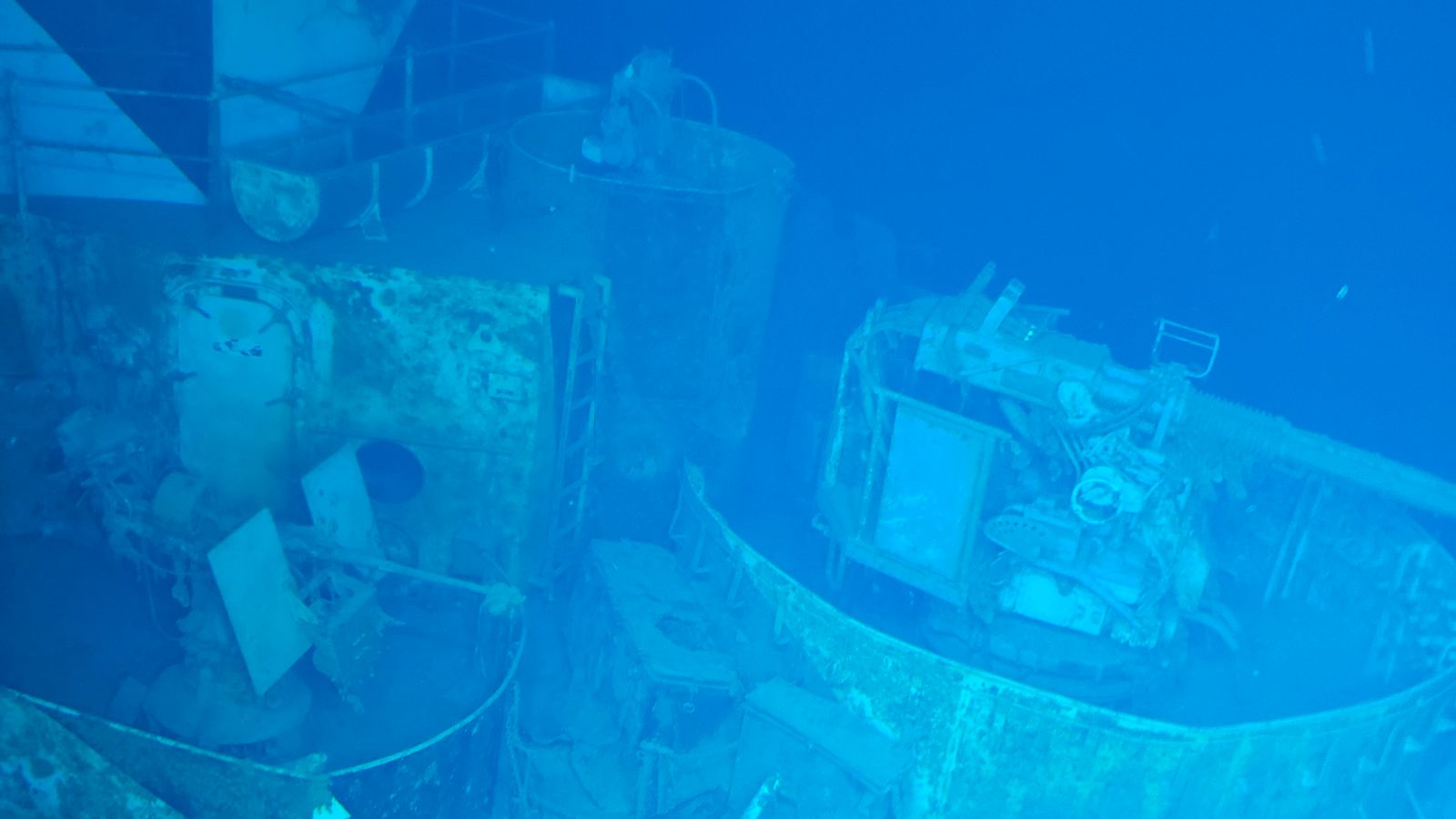 Explorers have discovered the deepest shipwreck ever found – a US destroyer that sank during the largest sea battle of the Second World War.

The USS Samuel B Roberts was found, broken into two pieces, on a slope at a depth of 22,916ft (6,985m) off the Philippine island of Samar.

The battleship, popularly known as the “Sammy B”, sunk during the final phase of the Battle of Leyte Gulf in October 1944, in which the Imperial Japanese Navy suffered its biggest loss of ships.

The depth it was found at was 1,400ft (426m) deeper than the USS Johnson, the previous deepest wreck discovered last year.

Both were discovered by US explorer Victor Vescovo, founder of Dallas-based Caladan Oceanic Expeditions. He announced the latest find alongside UK-based marine travel specialists EYOS Expeditions.

Mr Vescovo, a former US navy commander, said: “It was an extraordinary honour to locate this incredibly famous ship, and by doing so have the chance to retell her story of heroism and duty to those who may not know of the ship and her crew’s sacrifice.”

During the battle in which the Samuel B Roberts was sunk, the US lost two escort carriers, two destroyers, a destroyer escort and several aircraft to the Japanese and over a thousand Americans died.

But the Americans sank several Japanese ships and sowed such confusion that the Japanese naval leader Admiral Kurita, who had the mighty battleship Yamato under his command, ultimately decided to withdraw, returning to Japan, where his ships remained in port for most of the rest of the war and ceased to be an effective naval force.

It was during the Battle of Leyte Gulf that the Japanese became increasingly notorious for kamikaze attacks in which pilots would deliberately fly their planes into US warships.

Because of the battle, Japan failed to dislodge the US from the Philippines, which the Americans had earlier invaded, allowing them to go on and liberate the country, a decisive event in the Pacific theatre.

The “Sammy B” was critically hit by the Yamato and sank. Of its 224-man crew, 89 died and 120 were saved, including the captain, Lt Cmdr Robert W Copeland.

Caladan and EYOS said that up until the discovery, historical records of the exact wreck site were not very accurate.

Searching for it involved using the deepest side-scan sonar ever installed and operated on a submersible, well beyond the limitations of 6,000 meters (19,685 feet) for which it is commercially recommended, EYOS said.

The USS Johnson was also sunk during the battle.