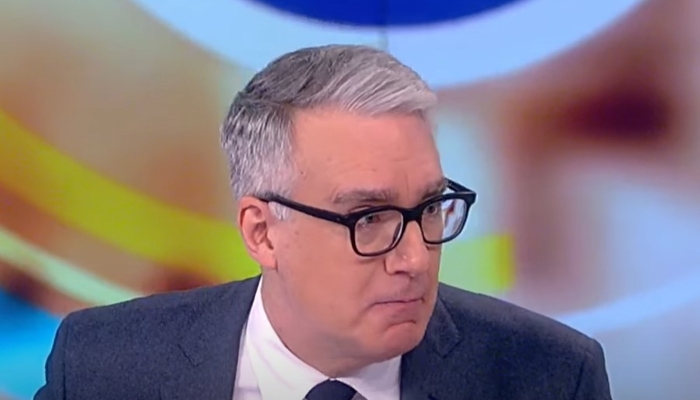 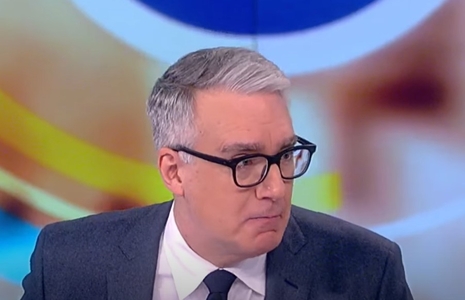 In the wake of the U.S. Supreme Court’s decision on the constitutional right to carry handguns publicly, the way-out there leftist ex-MSNBC host Keith Olbermann quickly resorted to the left’s authoritarian fascist-style go-to. With a dash of sexism added in.

Justice Clarence Thomas, a decidedly serious constitutionalist, wrote this in the Court’s 6-3 opinion as reported here by Fox News:

‘In this case, petitioners and respondents agree that ordinary, law-abiding citizens have a similar right to carry handguns publicly for their self-defense. We too agree, and now hold, consistent with Heller and McDonald, that the Second and Fourteenth Amendments protect an individual’s right to carry a handgun for self-defense outside the home,’ Justice Clarence Thomas wrote in the Court’s opinion, referencing two previous gun cases.”

To which an enraged Olbermann took to Twitter as follows: It has, he wrote…

“…become necessary to dissolve the Supreme Court of the United States. The first step is for a state the ‘court’ has now forced guns upon, to ignore this ruling. Great. You’re a court? Why and how do you think you can enforce yourr (sic) rulings? #IgnoreThe Court.”

…”f— Alito, Thomas, Roberts, Gorsuch, Kavanaugh and the paralegal Coney Barrett,” notably singling out the only woman who voted to overturn New York’s law, and called them “House of Lords radicals pretending to be a court.”

In a blink- not that it was surprising as this is what Leftists are —   Olbermann revealed his iron-clad fascist instincts. And as if that weren’t enough self-inflicted damage, the snide remark calling Justice Coney Barrett a “paralegal” revealed Olbermann to be a Class A sexist.

Well aside from the fact that Olbermann isn’t qualified to carry Justice Coney Barrett’s briefcase, it is always amusing to see the hypocrisy from left wing media figures who are enraged about non-media Americans having the right to carry a gun when media types like Olbermann when he was at MSNBC went to work daily in buildings that had armed, gun-toting guards in the lobby to protect the likes of Olbermann. Having been in my share of media office buildings, armed guards are a standard feature. There is no record of Olbermann protesting this protection by MSNBC.

But what this (latest) eruption from Olbermann really illustrates in vivid fashion is just how authoritarian – fascist – the American Left is in reality. (And one should brace for even more Leftist fury now that the Court has overturned Roe v. Wade.)

Making the news at the same time as the Supreme Court’s Second Amendment decision was a story that was seemingly unrelated to Olbermann’s outburst. That story would be about former Department of Justice attorney Jeffrey Clark, this version from the Daily Mail of the story that was everywhere.

FBI raided Virginia home of DOJ official and Trump loyalist Jeffrey Clark and left him ‘in the streets in his PJs’ hours before Jan. 6 hearing into ‘mass resignation’ threat over Donald’s plan to name him acting attorney general

Now. Where is the liberal media exploring the strange similarity to another, quite similar story as it was headlined in The New York Post in November of 2021? Here’s the Post’s headline:

Hello? On three different occasions the federal bureaucracy has raided the homes of Trump allies — at dawn no less — and this is not a huge continuing story in the liberal media? A story that causes many Americans to wonder what is really going on with the larger federal bureaucracy whether Trump or Biden is president?

Can you imagine…can you imagine - if these dawn raids had been conducted on, say, Hillary Clinton, any members of the Biden family or any other liberal of note?

Over there at Townhall in the stone age times of 2018, columnist Derek Hunter captured the media problem exactly when he wrote this:

For that, they must be held in contempt, or at least to account.”

And whether its Keith Olbermann’s authoritarian-style contempt for the institution that is the Supreme Court of the United States and the female Justice who signed on to this particular opinion, or raids on the homes of private citizens, literally dragging them from their beds, it is plain as day that America has a real problem on its hands. A problem for which Olbermann’s desire to abolish the Supreme Court is only a symbol.

And oh yes. Now that the Court has overturned Roe v. Wade one can only imagine how furiously Olbermann’s authoritarianism will now overflow. And you can bet he will not be alone, either.

The contempt described in Townhall by columnist Hunter is exactly at the root of why Olbermann wants the entire Supreme Court “dissolved.” And while he hasn’t mentioned it as this is written, one can be certain Olbermann wants the Constitution that created the Court to be destroyed as well.

And objections from the rest of the liberal media to this Olbermann outburst of fascism and sexism?

Particularly now that the Court has dispatched Roe v. Wade.