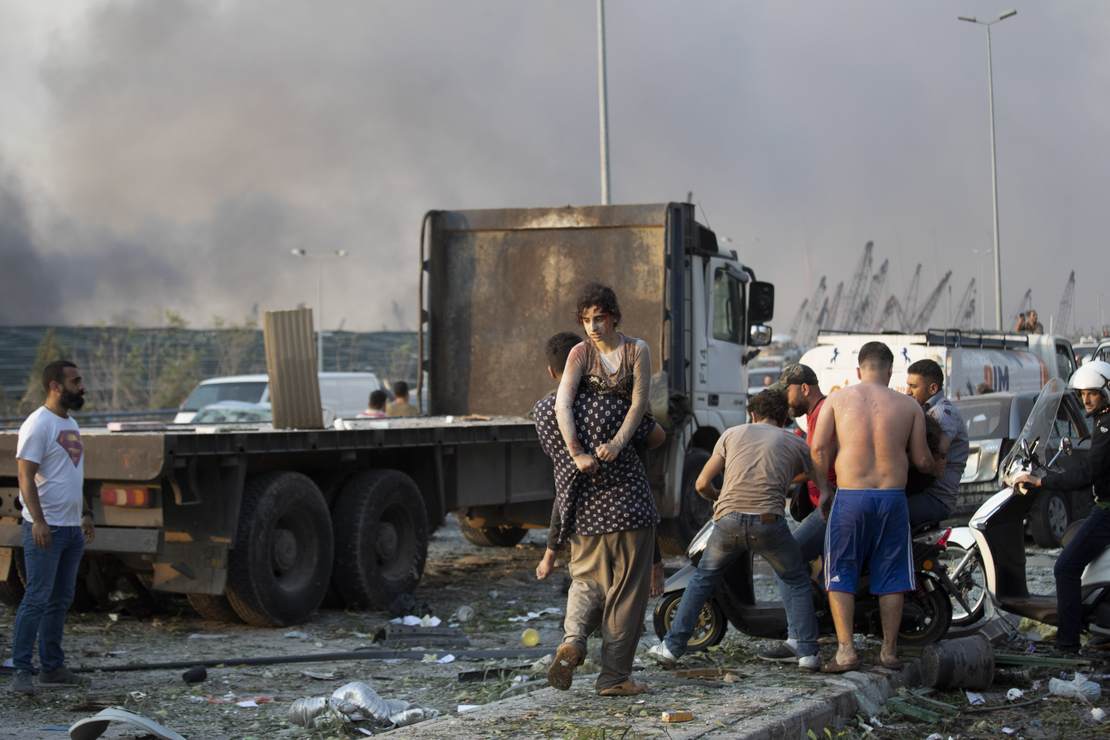 Sri Lanka and Lebanon are two countries on different sides of the world, but they share a history of internal strife, mismanagement, corruption, and war.

Over a period of several years, the troubled economies of both nations have experienced a slow-motion collapse that has led to unprecedented misery. “The toxic combinations led to disaster for both: Currency collapse, shortages, triple-digit inflation and growing hunger. Snaking queues for gas. A decimated middle class. An exodus of professionals who might have helped rebuild,” reports the Associated Press.

Lebanon and Sri Lanka were once prosperous. Lebanon’s capital Beirut was once known as “the Paris of the Middle East.” Sri Lanka was a prime tourist destination — until war and oppression changed all of that.

Experts, including the World Food Program, say that Sri Lanka and Lebanon are not alone. At least a dozen economies are in danger of collapsing — a hangover from the pandemic combined with fuel and food shortages brought about by the war in Ukraine. Of these, Egypt, Tunisia, Sudan, Afghanistan, and Pakistan are closest to going over the cliff. And what they’ll find at the bottom isn’t pretty.

Lebanon’s vicious, 10-year civil war in the 1980s was the catalyst for the collapse. But it’s the sectarian divisions — Christians vs. Shiite Muslims vs. Sunni Muslims, co-existing in an uneasy peace — that make the tiny nation impossible to govern. And looming over all of them is the Shiite terrorist group Hezbollah.

Various popular uprisings in Lebanon have been unable to shake off a political class that has long used the country’s sectarian power-sharing system to perpetuate corruption and nepotism. Key decisions remain in the hands of political dynasties that gained power because of immense wealth or by commanding militias during the war.

Amid the factional rivalries, political paralysis and government dysfunction has worsened. As a result, Lebanon is one of the most backward Middle East countries in infrastructure and development, including extensive power cuts which persist 32 years after the civil war ended.

In Sri Lanka, it was the Tamil minority fighting a civil war for their own state, plus the corruption of a single family, that led to the economic catastrophe currently underway.

One of the key drivers of protests has been allegations that the Rajapaksas were stealing public money. “The family didn’t just hold on to power through nepotism but also stole from public funds,” Uditha Roshan, another war veteran at the protest, told VICE World News. Like many protesting Sri Lankans, Roshan wants an audit of the Rajapaksas’ wealth. “We’re broke because they stole all the money. I want the money to be brought back to the national treasury,” he said.

The demand for accountability and auditing also stems from the fact that there is no transparency or public record of the Rajapaksas’ actual wealth and assets despite the family having been in politics since the 1940s. Observers note that the family ran the country like a family business, and focused on centralising power while taking away all checks and balances, including on allegations of grave war crimes against Tamils.

International loans won’t make a difference. It’s not even clear where to begin the salvage operation. Once other nations start defaulting on their loans, the scale of the crisis facing the rest of the world will be revealed.

Related: The Approaching Food Crisis Will Be a Catastrophe For Humanity

The UN says that millions of people are being pushed into “extreme levels of food insecurity.” There are at least 20 “hot spots” of famine where dying of hunger is a real danger.

“We are in a race against time to help farmers in the most affected countries, including by rapidly increasing potential food production and boosting their resilience in the face of challenges”.

This is real. And it’s coming this year.