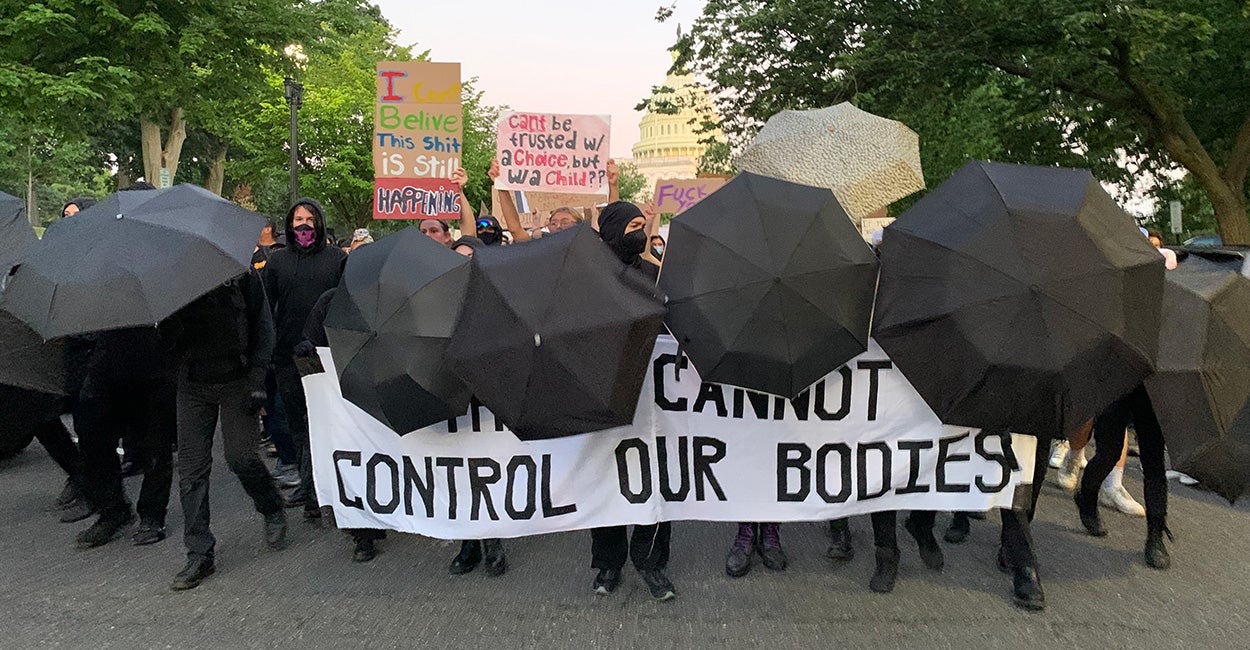 As the sun set over Washington, D.C., hundreds of pro-abortion demonstrators stood chanting and holding signs outside the Supreme Court.

Rally speakers called for protesters to “take to the streets” in response to the Supreme Court’s ruling Friday that overturned Roe v. Wade.

In the majority opinion, Justice Samuel Alito wrote that “Like the infamous decision in Plessy v. Ferguson, Roe was also egregiously wrong and on a collision course with the Constitution from the day it was decided.” The protesters outside the Supreme Court Friday night appear to disagree.

Below are videos and pictures from the “Night of Rage,” as it was dubbed by the pro-abortion demonstrators.

Around 8:30 p.m., a group of 30 protesters dressed in black and carrying an Antifa sign arrived at the Supreme Court and proceeded to march down Constitution Ave. towards downtown Washington, D.C.

The FBI Raid on Trump Looks So Bad, Even Some Democrats Are Blasting It
Biden’s Best Week Still Doesn’t Save Him
‘Banana Republic’: DeSantis and other conservatives sound off after Trump says the FBI raided his Mar-A-Lago home
Man who allegedly kidnapped 12-year-old and murdered her mother and brother is an illegal alien and had been previously deported to Mexico
FBI search of Donald Trump’s home ‘would make third-world dictator blush’