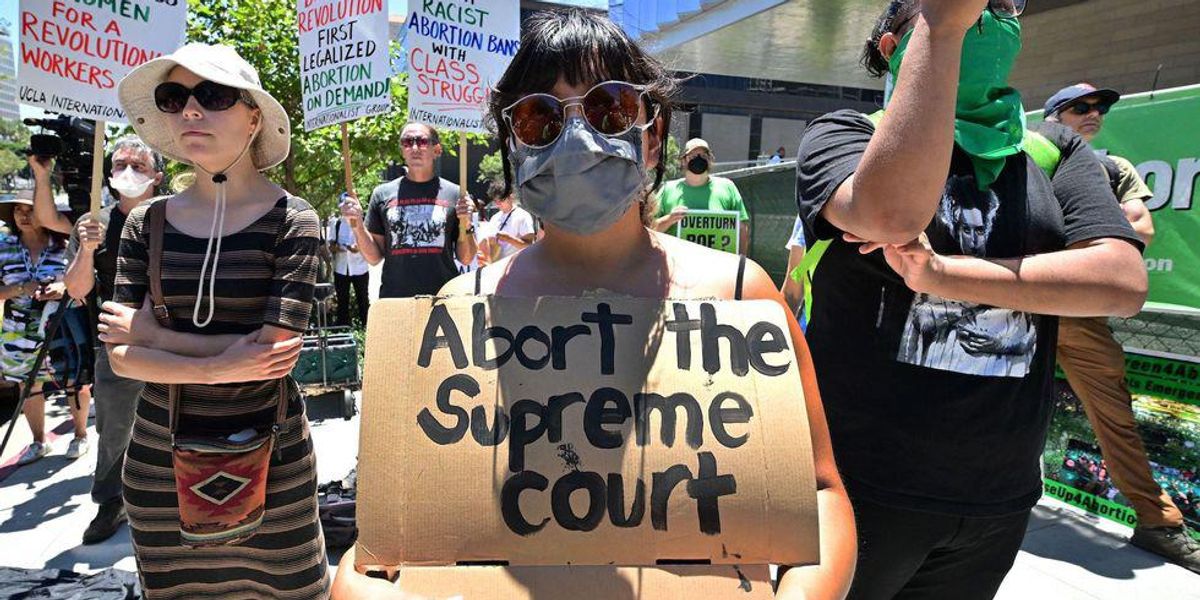 Transgender activists jumped into the fray of the abortion debate after the Supreme Court issued its historic ruling on Friday overturning the Roe v. Wade decision from 1973.

Pro-abortion forces registered their outrage on behalf of women seeking abortions after the Supreme Court ruled 5 to 4 to end federal protection of abortion rights and send the issue to the individual states to decide.

Also outraged were transgender activists and their allies who demanded that “AFAB” people be included. The acronym stands for people that are “assigned female at birth” and includes those who have transitioned to identify as transgender males.

“[A]t this moment, i’d just like to remind everyone to use inclusive language when talking abt the supreme court decision trans men and afab non-binary people are affected by this too, don’t exclude us,” read one popular tweet.

“[H]ardblock me if you’re pro life. forcing ppl to give birth even if it could kill them isn’t protecting life at all, you just want an excuse to control AFAB ppls’ bodies,” read another response with 2.2k likes.

“Getting rid of Roe v Wade will most likely not effect rich, white people, as there will always be ways to make things happen for those with money. It will however, greatly effect afab people of color and/or queer people. Human rights that we had for years, gone, just like that,” said another critic.

Some abortion clinics are already shutting down in order to seek legal remedies against the decision. Missouri became the first state to outlaw abortion immediately after the order was handed down and many other states are following suit. Among the outrage online, some are calling for violence and intimidation against pro-life advocates and the conservative members of the Supreme Court.

Here’s more about the end of Roe v. Wade: