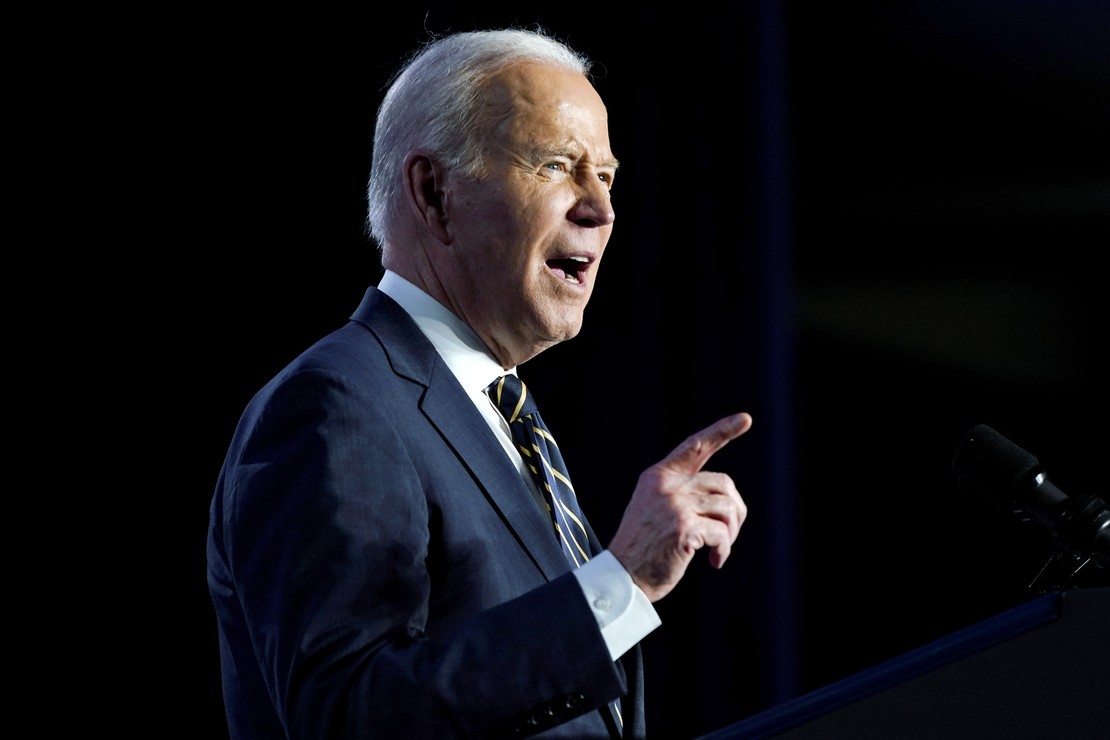 Joe Biden is in desperate political trouble and everyone knows it. Republicans smell blood in the water, and Democrats are beginning to panic.

The president’s numbers are in the toilet. Everything he’s tried to turn things around hasn’t moved the needle. And yet, Biden sits in the White House either unaware of how bad things are or he’s pretending that he’s doing a great job. He refuses to acknowledge error — even in his personnel decisions.

Biden’s closest allies are getting antsy. South Carolina Democratic state senator and longtime Biden adviser Dick Harpootlian thinks that only a drastic staff overhaul will send a message that the president is serious about turning his fortunes around.

Harpootlian’s analysis is hard to argue with. Biden is now the most unpopular president at this point in his term in at least a century, according to an aggregate of polls from FiveThirtyEight. Skyrocketing inflation, a never-ending border crisis, and a likely recession are just a few of the problems that have left broad swaths of the public with the impression that the White House is incapable of governing.

You can blame someone else for your problems for only so long. Republicans, Putin, the Chinese, the war in Ukraine, “supply chain problems,” even Joe Manchin — they’ve all been on the receiving end of the Biden administration blame game.

Also for our VIPs: Who Actually Approves of Joe Biden’s Handling of the Economy?

Eventually, the buck has to stop where it was always meant to stop; the president of the United States.

Biden can’t fire himself (too bad), so the next best thing is to start canning the advisors who got him in this mess in the first place.

Barring some dramatic staffing changes, Harpootlian said, Biden runs the risk of an exasperated Democratic Party seeking a new candidate in two years. As of right now, he added, “There’s no messaging coming out of the White House.”

“Well, I mean, I know Joe Biden. I’ve known him for 30 years,” Harpootlian said. “I don’t think he’s too old. But if the economy doesn’t improve, if this government doesn’t produce results, you know, that’d be a perfect excuse for folks to ask him to not run again, or, I mean, if he can’t deliver, they’ll use age as an excuse.”

Biden is not likely to budge even if party leaders come to him hat in hand, asking him to give someone else a chance. The only way Biden is not going to be on the ballot in 2024 is if someone defeats him in the primaries. And even an unpopular president has enormous power.

Ted Kennedy found that out in 1980. Jimmy Carter’s record was worse than Biden’s, and Kennedy — heir to Camelot — was considered a shoo-in for the nomination. He was ahead of Carter 2-1 when he announced his candidacy in August of 1979.

Kennedy had his own plane and hired a massive staff. But Ted Kennedy was a lousy campaigner and didn’t count on Jimmy Carter’s biggest advantage; incumbency. Carter pushed every button and pulled every lever to gain an advantage in early primary states while conducting a brutal, personal campaign, bringing up the Chappaquiddick scandal at every stop. Kennedy rallied late but was eventually humbled by an incumbent president with a 19% approval rating.

Just because Biden’s numbers are critically low doesn’t mean Democrats will replace him. Biden has paid off most of the interest groups who supported him with a cabinet appointment, a high-level staff job, or other hires that make it difficult for these special interest groups to dump him

If Biden is breathing and on his feet, he will be the Democratic nominee in 2024.