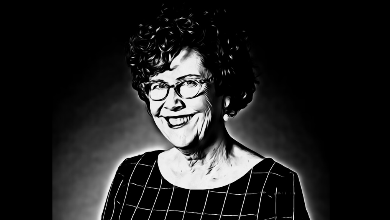 Former Missouri Gov. Eric Greitens recently released perhaps the most tasteless political ad ever as he runs in the GOP primary for U.S. Senate.

The ad begins with the Republican hopeful, who resigned the governorship amid revelations of an extra-marital affair in 2018, standing with a shotgun saying, “I’m Eric Greitens, Navy Seal, and today we’re going RINO hunting.”

RINO stands for Republican in Name Only; it’s the insult that the Trump base uses against any conservative who criticizes Trump, whose endorsement Greitens has sought.

“The RINO feeds on corruption and is marked by the stripes of cowardice,” Greitens continues. “Join the MAGA crew. Get a RINO hunting permit. There’s no bagging limit, no tagging limit, and it doesn’t expire until we save our country.”

Kris Ullman, president of the conservative pro-family grassroots group Eagle Forum, responded in a statement, “This horrific ad — suggesting that firearms should be used to hunt human beings with whom he disagrees — debases the right to keep and bear arms, dishonors law enforcement and the military, and is antithetical to conservative pro-life values.”

I agree. I especially object to the former Navy Seal’s use of the word “cowardice,” which plays to the conceit of the MAGA crowd that they are courageous, the people they’ve cowed into silence are stalwart, and that those who dare utter that the emperor has no clothes are weak-kneed.

The fourth House Jan. 6 Committee hearing Tuesday showed America real profiles in courage — election officials who performed their jobs faithfully in the face of threats of violence, harassment and assaults on their hard-won reputations.

Arizona state House Speaker Rusty Bowers, who voted for Trump, testified about Trump’s attempts to pressure him to work to decertify his state’s electoral votes for now President Joe Biden.

Activists stood outside Bower’s home, called him a pedophile and brandished a gun in front of his neighbor, he said.

“It is painful to have friends who have been such a help to me turn on me with such rancor,” a flinty yet vulnerable Bowers offered.

“Shaye” Moss testified that she and her mother, Ruby Freeman, two Black election workers, lived in fear after Trump falsely singled out Ruby for rigging the count.

They were driven into hiding by baseless accusations.

Chief operating officer in the office of the Georgia secretary of state Gabriel Sterling recounted walking an attorney through five or so bogus claims about election theft. The lawyer couldn’t argue on the facts, so he responded, “I just know in my heart they cheated.”

That’s not good enough. You don’t impugn the integrity of public servants, and you don’t proclaim an election rigged based on feelings.

That was shortly after the 2020 election. It’s now nearly a year and a half later, and Team Trump still doesn’t have actual evidence.

All they have is a warped definition of courage.